Player movement could be fast and furious this week as general managers meet in Las Vegas and then full staffs convene in South Florida for the NHL draft. Here are the 10 players most likely to be traded before the start of free agency July 1: 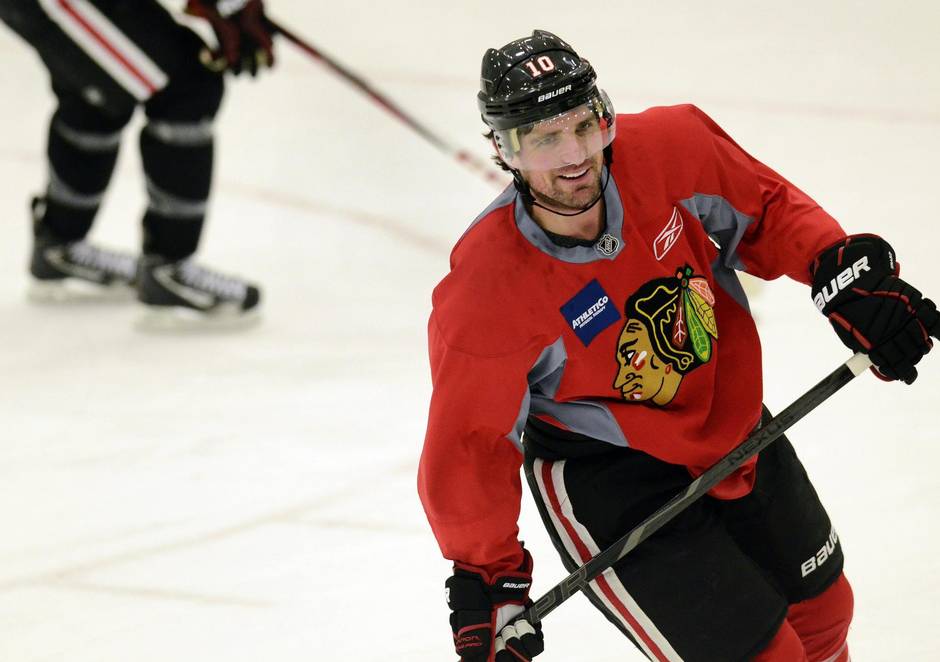 The Chicago Blackhawks face another off-season of salary-cap reckoning, but don’t expect a fire sale like in 2010 when Dustin Byfuglien, Andrew Ladd and Antti Niemi had to go. At 33, Sharp showed he could produce with 43 points. The versatile forward has two years left at a cap hit of U.S. $5.9-million. 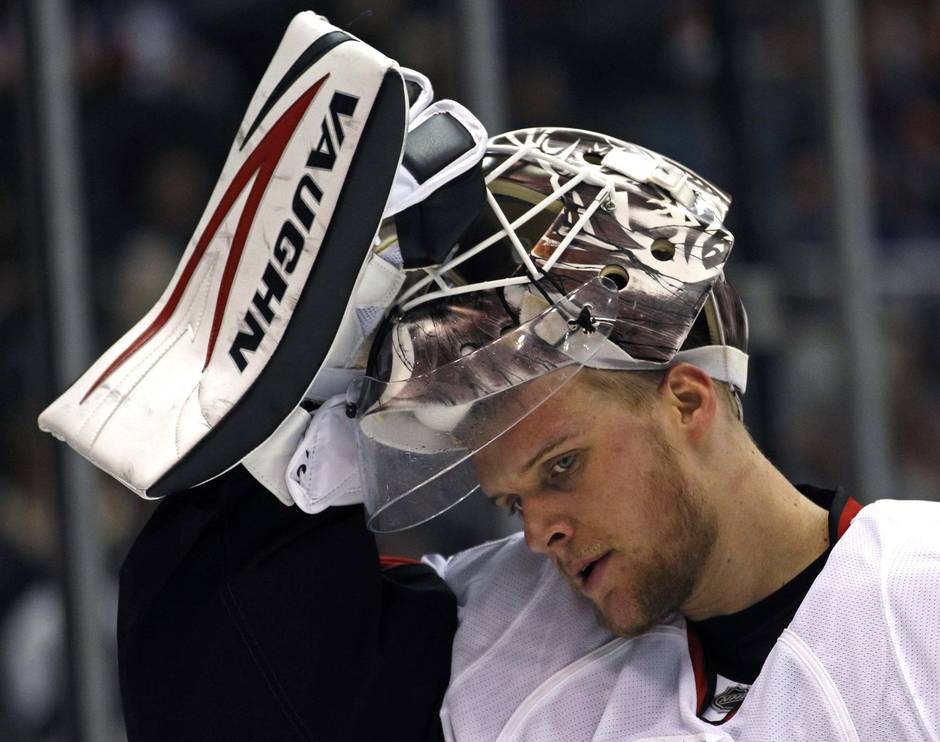 Now that Andrew"The Hamburglar" Hammond is signed, the Ottawa Senators must trade a goaltender, whether it’s Lehner or Craig Anderson. Lehner is younger as he turns 24 next month and has a more friendly contract at $2.25-million for two more years. The red flag is he missed several months with a concussion. 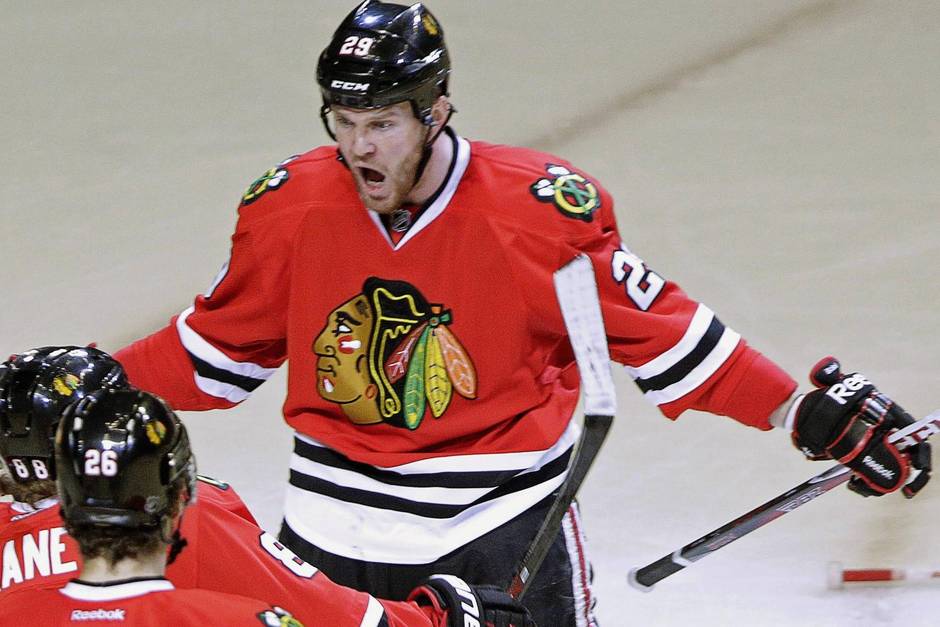 Like Sharp, Bickell was part of the Blackhawks’ three Stanley Cup teams, and like Sharp he’s likely a cap casualty this summer. Bickell’s production (28 points) doesn’t justify his $4-million cap hit, but a team in need of size that has salary-cap space could use the six-foot-four winger. 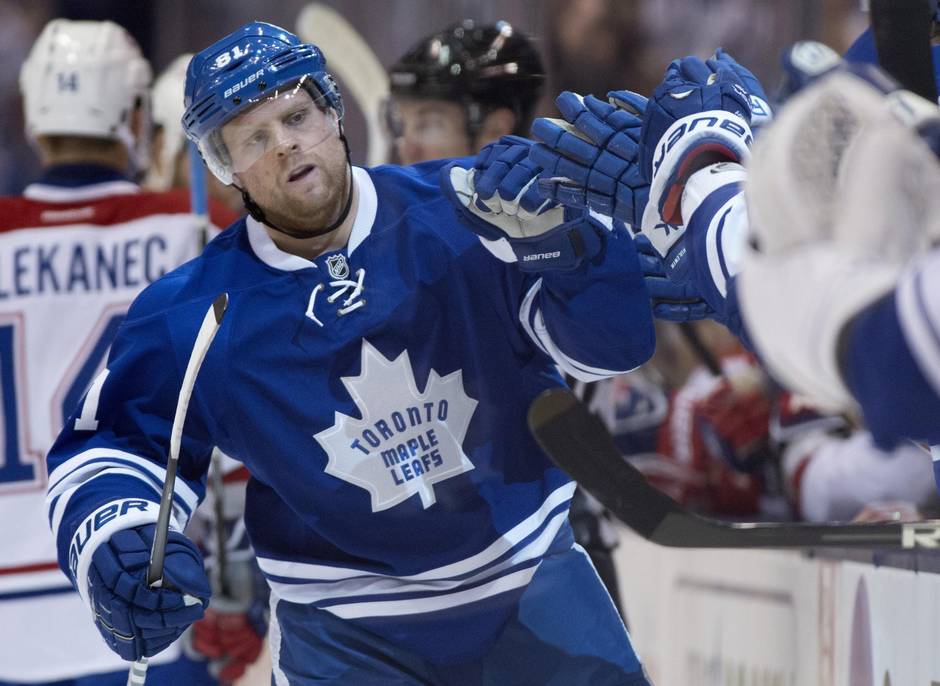 Kessel has scored 30 goals in five of the past seven seasons, but the Toronto Maple Leafs would waste his prime years during their rebuilding process. It’s not Kessel’s production that’s the problem but his contract: seven more seasons at a cap hit of $8-million. That and his no-trade clause limit where the right-winger could go. 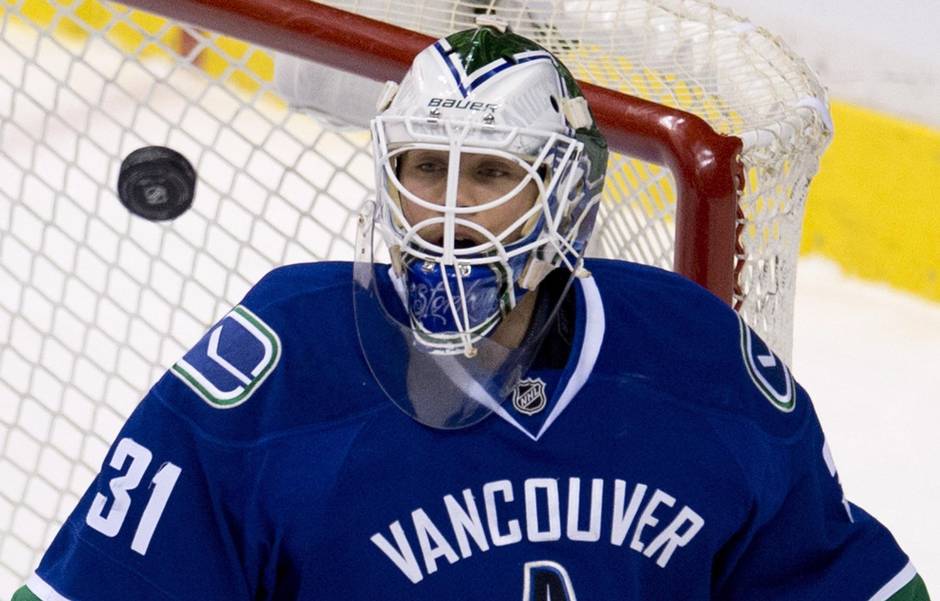 Like the Senators, the Vancouver Canucks have three goaltenders and the need to unload one of them. General manager Jim Benning may opt to trade younger, less-proven Jacob Markstrom. If it’s Lack, the return will be less but another team can get a backup for a cheap cost of $1.15-million. 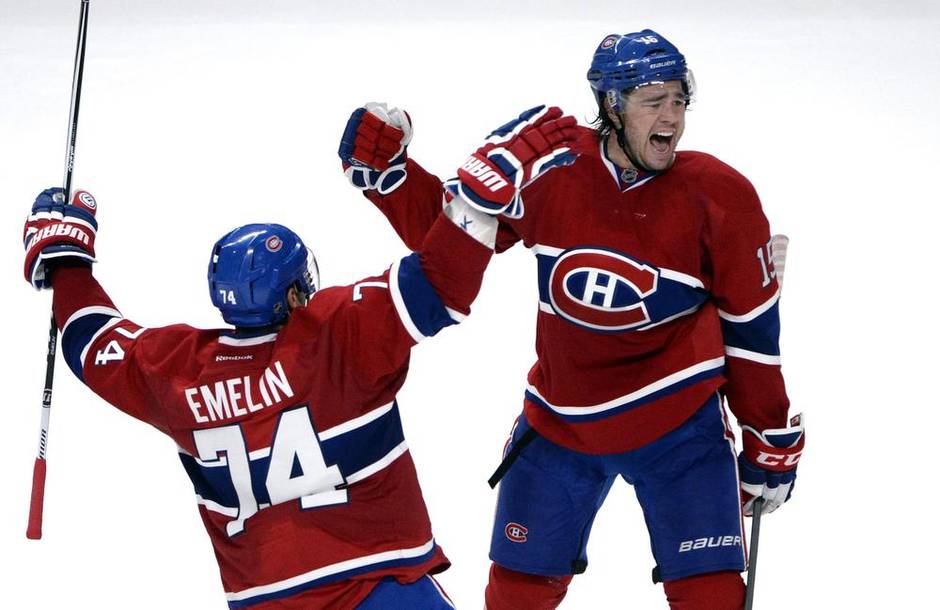 PA Parenteau, right, has been in and out of favour with Montreal Canadiens coach Michel Therrien. (Eric Bolte / USA Today Sports)

In and out of favour with Montreal Canadiens coach Michel Therrien, the goal-scoring winger is a potential low-risk, high-reward acquisition. Parenteau is 32 but has just a year left at a cap hit of $4-million and fits better in a top-six or top-nine role where he can play with a distributing centre. 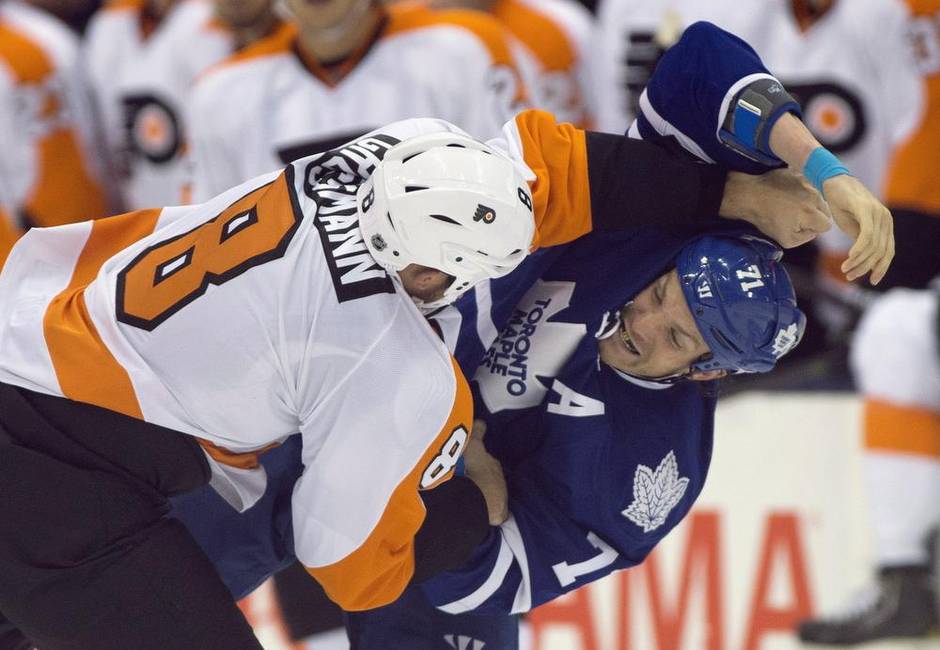 In salary-cap hell, the Philadelphia Flyers would love to shed a few contracts on the blue line to make room for younger players to get NHL experience and for Russian Evgeni Medvedev. The big, shot-blocking Grossmann is the easiest defenceman in that category with a year left at a cap hit of $3.5-million. 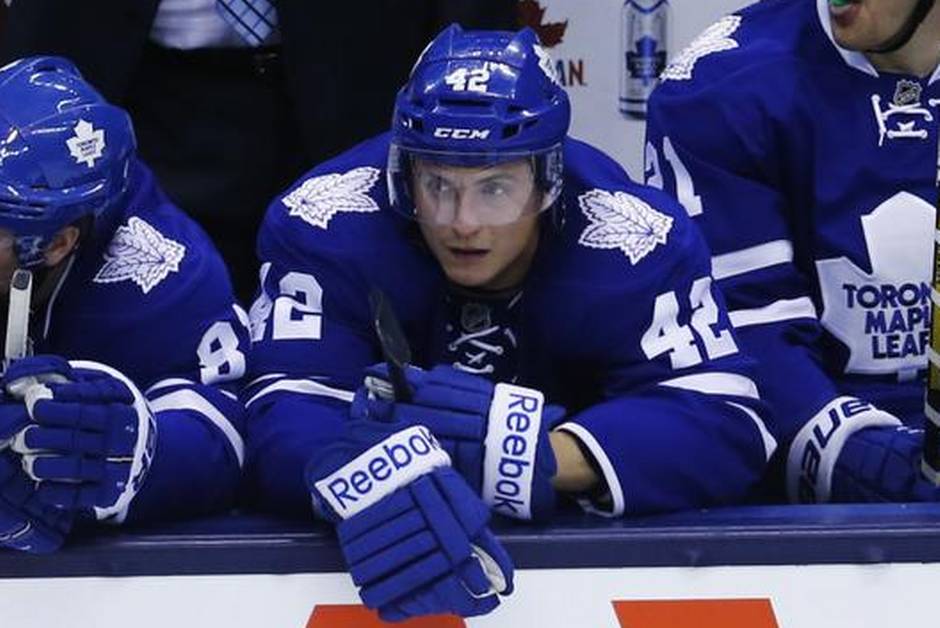 Mark Blinch / For The Globe and Mail

As the Maple Leafs descend into a rebuild, the core is on the trading block. Not everyone has to go, and someone like captain Dion Phaneuf could stay, but Bozak has real value and three years left. Just 29 with a cap hit of $4.2-million, Bozak could fit somewhere as a No. 2 centre. 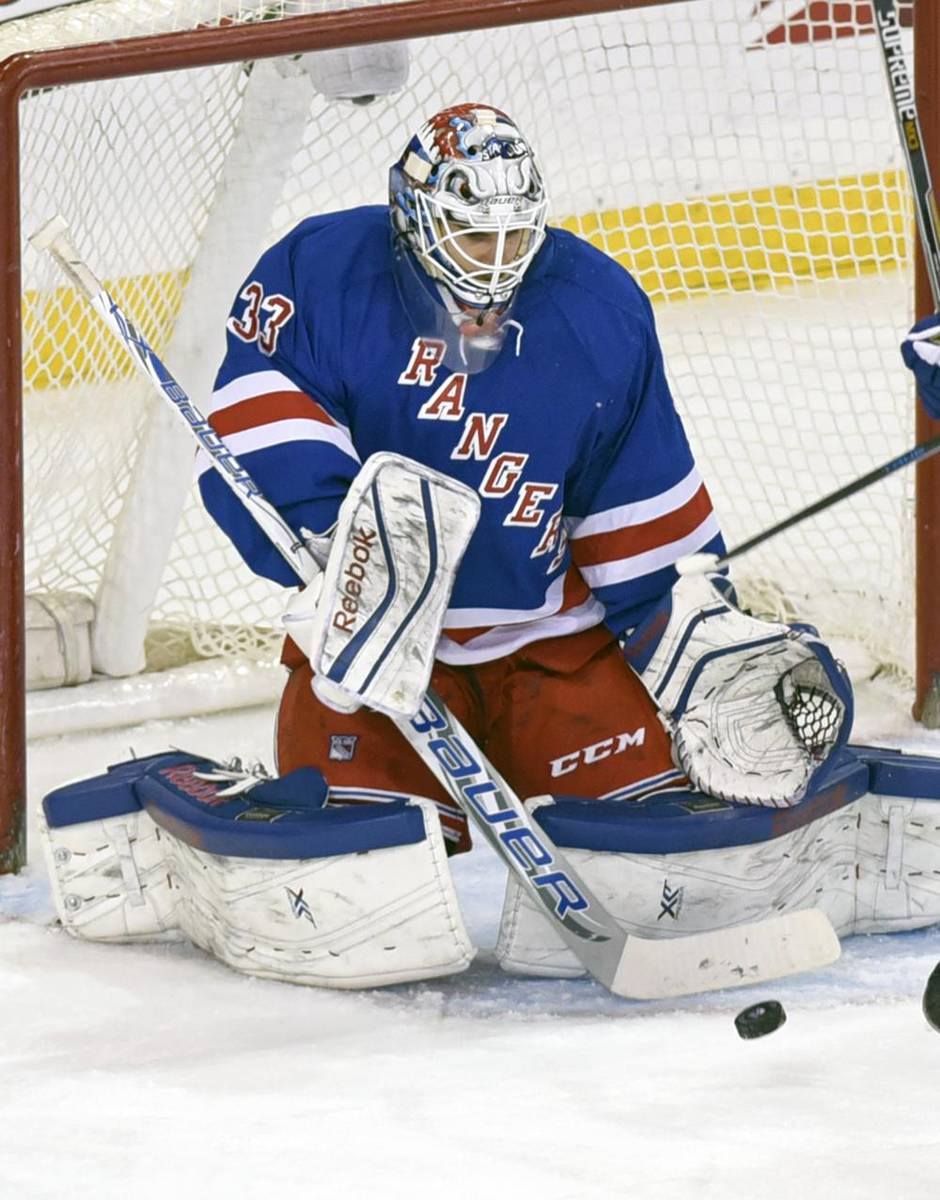 While the New York Rangers don’t have to trade their backup goaltender right now, the time is ripe because he’s an unrestricted free agent in a year. The 27-year-old Talbot performed well when Henrik Lundqvist was injured, and he could fit as a starter or 1A/1B in many places. 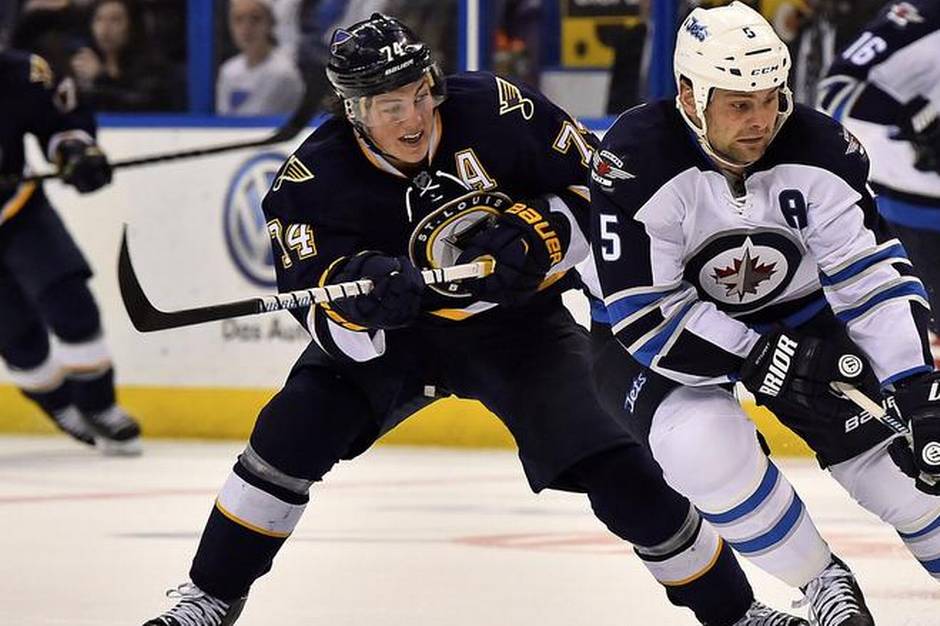 Dealing T.J. Oshie (left) could be one way for St. Louis to shake up their core. (Jason Vinlove / USA Today Sports)

Oshie isn’t the problem with the St. Louis Blues, but something has got to give after another early playoff exit. GM Doug Armstrong and coach Ken Hitchcock are back for one more try, so dealing Oshie could be one way to shake up the core. A shootout specialist, the 28-year-old is also a 50-point player.

Correction:This article has been updated to add a correction. The article originally said Phil Kessel had scored 30 goals in each of the past five seasons. In fact, he scored 25 goals last season.