It's an appropriate theme – "Don't miss the moment!"

The presumption, of course, is fans won't want to miss the 2013 International Ice Hockey Federation women's world championship that begins here in two weeks. The obvious pivotal "moments" will be the April 2 evening opener, United States vs. Canada, and the April 9 gold-medal game, again U.S. vs. Canada.

That's as close to a given as sports knows.

Not to take anything away from the two top teams in women's hockey – their world championship and Olympic battles have been, at times, as competitive as anything offered up in men's hockey – but there will be another very special "moment" that must be of interest to any who care about the still-relatively-young women's game.

Which team will rise to the occasion? Which team might serve notice that Team Canada and Team USA were never elected rulers for life?

There is much to be said in praise of women's hockey. Canadian fans have taken to it to a point where Ottawa organizers hope to draw a record 200,000 to the tournament – the previous record is 115,000 tickets and, as of Monday, sales had already reached that mark – and the event, combined with a concurrent gathering of teams in the Ontario Women's Hockey Association, is expected to pump $35-million into the local economy.

But, still, who will come third?

This has been a serious question since Team Canada beat Team USA 2-0 in Vancouver three years ago, to win the Olympic gold medal.

The women celebrated at centre ice with cigars and beer, but the celebration was decidedly dampened by a comment from Jacques Rogge, president of the International Olympic Committee.

Everyone knew what he meant: You cannot have an Olympic event in which only two countries count – and women's hockey had, in some minds, come perilously close to that state.

The gap between the Americans and Canadians and the rest of the world had seemingly grown rather than closed. Blowouts were run-of-the-mill. Canada had whipped the host country 16-0 in Turin in 2006, and pounded Slovakia 18-0 in Vancouver.

"The other countries are getting way better," says Meghan Agosta-Marciano, one of the 23 players named to Canada's roster Monday. "There's always going to be that little catch-up, but if you look on the men's side, it took a while for those other countries to catch up."

True, enough. There were decades of such lopsided nonsense: Canadian men carried a cumulative score of 85-0 through the 1924 Games. But time is no longer the measure it once was.

She lists off the changes. They held a hockey summit to devise strategies. They hired a full-time manager of women's hockey at the IIHF. They created an Ambassador and Mentor Program, headed up by Davidson and star Canadian player Hayley Wickenheiser, that commits North American coaches and players to help in the development of other countries.

Davidson herself consults regularly with Norway; Shannon Miller, who coached the first women's Olympic hockey team at Nagano in 1998, is helping the Russians; Peter Smith, who coached with Davidson, works with the Czech Republic women's team.

They accept that Canada and the U.S. stand alone at the top, that the Swedes and Finns have developed and teams like Switzerland, which took the bronze medal at the last world championship, are quickly improving.

"The five-to-16 group has really closed the gap," Davidson says. "There's a challenge at the top end, no question, but it's like anything else. You've got to build that base and you've got to have people pushing from behind. But if you look at any of the scores in the division below us you'll see that anybody can win that bronze medal.

"Then, the next step is to close the gap between U.S. and Canada."

This has proven more difficult than expected. At one point, it was believed Sweden and Finland would become equal powers to the North Americans, but it hasn't happened. The reason, Davidson and others believe, is because those other countries have not "centralized" their teams heading into Olympic competition. The Canadians and Americans essentially form permanent teams in the six or seven months heading into Olympic competition, practice constantly and play numerous exhibition matches.

"That is really what makes the difference," Davidson says. But it has not happened and, with the 2014 Sochi Olympics looming, it does not appear as if it will.

"We really need the countries ranked three and below to centralize," she says. "If we can get them to centralize, you'll see that gap close really quick." 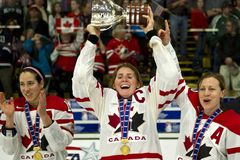 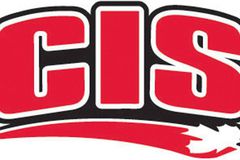 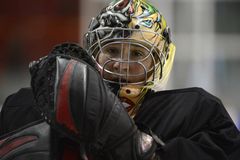 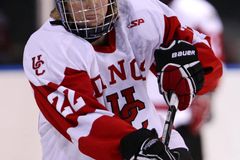