A large green tractor pulls up and down hops Brian Sutter dressed in a plaid shirt, coveralls, work boots and a blue tuque. He is taking a break in the middle of calving season to talk about two things he can never avoid – family and hockey.

"Let's go inside," he says, opening the door to his office. On the wall is a plaque that says Brian Sutter, 1,000 games. Included is a silhouette of a cowboy on horseback holding a hockey stick and watching over his herd. On the brink of Saturday's celebrated Sutter versus Sutter Saddledome showdown – the vanquished Darryl returning to coach his Los Angeles Kings against Brent and his Calgary Flames – Brian Sutter has been watching over his brothers. He's been where they are – in the NHL, competing against a sibling. He even coached the Flames for three seasons, experienced some good times and plowed head-long through the bad, the Sutter way.

But what he heard during the last days of Darryl's run in Calgary, and what followed afterward, was too much. The Sutters, he says proudly, are about trust and respect and responsibility. They'll take their share of the blame but not everyone with the Flames did the same, and that led to Darryl's forced resignation in late 2010, which then led to a stony silence between the outgoing general manager and remaining head coach, brother Brent. (The two finally talked at length this past week when Darryl phoned Brent to chat about all things Sutter – family, ranching and hockey.)

"Fingers were all pointed at Darryl. Everyone in the NHL knew that was dead wrong," Brian says straight off, addressing the criticism dumped on Darryl for poor drafts and bad contracts. "It started with the players. They weren't playing well. Your leaders have to be the hardest-working players – and what went on for two, three years there, they weren't. Darryl was painted the villain. Brent was caught in the middle. They're both competitive guys. We've all got pride."

The Sutters' pride and competitiveness is as vast as the view from Brian's Alberta ranch. This is, after all, a family that grew up in a modest Viking, Alta., farm house that had seven boys and just one bathroom. "That was competition," Brian says. Their sibling scraps were every bit as intense as anything they showed on the ice. As Darryl explained: "As players, we could see each other the night before, but the day of, we never even looked at each other. Usually, we were captains. It was just too hard. … We learned in a hurry that you totally separated it out."

Brian is more direct: "When we played, you wanted to beat the crap out of your brother to show your teammates you wanted to win."

When Darryl guided the Flames to the 2004 Stanley Cup final, he was put on a pedestal. Everyone idolized him. Within six years, the mood changed dramatically. Darryl's signings (Jay Bouwmeester) and trades (Dion Phaneuf) chipped away at his good standing. Callers to local sports radio shows suggested he be put out to pasture. Inside the team there were rumblings Darryl and Brent were at odds over players and who should get more ice time. Neither brother talked about it publicly. When Darryl resigned, he left without saying a word to Brent, the very man he had hired to coach the Flames. Now they meet for the first time as coaching rivals in a soldout game crackling with expectation – the resurgent Kings, 6-1-3 in 10 games under Darryl, against the rejuvenated Flames, unbeaten in their past eight home games.

It's must-see viewing on the NHL schedule and another race for first dibs on the bathroom.

"Competing against one another is not something that's really that big a deal," Brent insisted this week. "We've done it our whole lives. We both want to win."

Brian, who naturally followed the Sutter-against-Sutter drama from afar, wasn't much impressed with how people blamed Darryl for everything.

"I think this was overblown, just like everything in Calgary gets cross-threaded. It becomes extremely magnified," Brian says. "You know there isn't a contract signed without an owner allowing it. That means when things go bad, everyone has to step up and accept their share of the responsibility. … That starts with the owners, too."

Brian recalls his coaching days with the Flames, from 1997 to 2000, how when he was let go when his contract expired and the conversations he had with Darryl about Calgary.

"I told him we were in the bottom third [of the NHL]in payroll at $13-million [U.S.] Darryl convinced the owners you've got to pay for some things – signing a draft pick or making a trade for guys. Darryl did that."

As for Darryl and Brent not talking to one another for months on end, that was true. At one point last season, Brent acknowledged he hadn't heard from Darryl and Brian admitted it was also hard on Duane and Ron Sutter, both of whom were part of the Flames' front office.

"It's not for a lack of respect [that Darryl and Brent didn't talk] It's back to that old saying, 'No problem is as great as it once was.' The longer you go without talking, the more that problem grows," Brian points out. "When you talk about it, you wonder why it was a problem in the first place."

And so all is right again in the Sutter universe; Darryl and Brent have mended fences and are now eager to clobber the other guy and his team. Brian has his own hockey gig coaching the Bentley Generals, 2009 Allan Cup winners, and notes of Kings-Flames matchup, "I can be a fan now, and forget the last name."

Mostly, though, Brian Sutter is happy to get back to work watching over his cattle. As a new-born calf tries to stand on wobbly legs, he smiles and says, "Now that's what life is all about."

Kings prevail in battle of the Sutter brothers
May 9, 2018 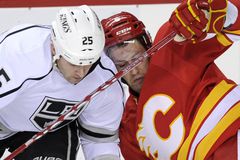 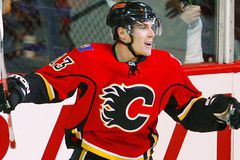 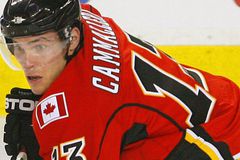 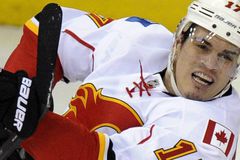