NHL commissioner Gary Bettman says there are still plenty of questions left to be answered about expansion. As potential owners and fans in Quebec City and Las Vegas wait, here are the big ones.

WHO: This is easy because only two groups applied for expansion teams. Quebecor and Bill Foley's Black Knight Sports & Entertainment ponied up the fees, some non-refundable, to get in the game. Bettman said reports of the league waiting on another city are "categorically untrue." Maybe next time, Seattle.

WHAT: The central question on expanding, if the answer is yes, is one or two teams. Las Vegas helps the NHL's balance issue with another team in the Western Conference, while Quebec City's eastern location would create another alignment problem that needed to be solved. Owners also have to debate the benefit of US$500 million expansion fees versus splitting revenues 31 or 32 ways.

WHERE: Quebec City has been waiting for another franchise since the Nordiques left to become the Colorado Avalanche in 1995. Quebecor manages the brand-new Videotron Centre that hosted a pre-season game in September. Foley tested the merits of Las Vegas with a season-ticket drive that received over 13,500 deposits. A new arena on the Las Vegas Strip is set to be completed and open this spring.

WHEN: Bettman and deputy commissioner Bill Daly have said expansion could happen at the earliest for the 2017-18 season. That's part of the reason the board of governors doesn't seem to be in a rush to make a decision. Asked if the process could reach a point where expansion would be for 2017-18, Bettman said Monday "maybe, maybe not" — certainly not ruling it out. As for when a decision might be coming, the league continues to say there's no timetable.

WHY: For all the little things, this is the biggest internal question for owners. Does the NHL want to expand because business is good and another team or two could make it even better? Another seat at the table is a concern, but if Las Vegas and/or Quebec City boost the league's revenues significantly, it's worth the risk. Rolling the dice on an uncertain market and on one hampered by the weak Canadian dollar makes this a very volatile situation. Maybe everyone says it's not worth the risk.

HOW: If the board of governors' executive committee recommends expansion and the board agrees, there's a lot left to accomplish to figure out how it would work. Alignment is easy if it's just Las Vegas, though the NHL would have an odd number of teams, while Quebec City would force another change. An expansion draft would also be a hurdle, as the last time the league held one there wasn't a salary cap.

No-trade and no-movement clauses come into play and someone has to decide how many players teams can leave unprotected for either one or two new rivals to swoop up. The Players' Association would be involved in those discussions, too. And then there's the actual draft. What if there's a Connor McDavid-level talent available, does an expansion team get first crack, no chance or something in between? Bettman has said the NHL wants to get those ducks in a row before making any final decision. 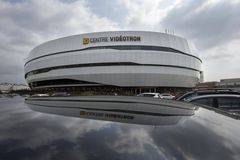 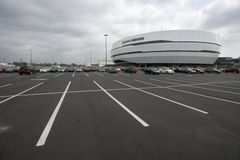 Will John Collins’s departure create a global void for the NHL?
November 25, 2015 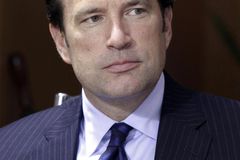