There's no end-of-season award in the NHL for most air miles accrued, but if there was, San Jose Sharks winger Jamie McGinn would win in a landslide.

In only his second NHL season, McGinn has skated in 44 games, missing 22 while in the minors with the American Hockey League's Worcester Sharks. Along the way he's been demoted and recalled a stunning and league-leading 14 times, making for more cross-country flights between California and Massachusetts than he can recall.

Add in the fact that McGinn, of Fergus, Ont., has played in 27 AHL games for a total of 71 pro games sprinkled across North America since October, and it's not hard to see why the former Ottawa 67's star has spent so few nights in his own bed.

"I have been pretty fortunate this year, my luggage has always shown up," McGinn said, chuckling. "Seems with airlines sometimes, nothing goes right, but they've been really good to me.

Sharks management is tight-lipped on the rationale behind McGinn's wild ride - "There's a lot of reasons why we send players up and down," assistant GM Wayne Thomas says, cryptically - but the constant demotions are almost certainly tied to a salary-cap quirk that allows teams to save money by shuttling players to the minors on off days.

For a team on pace to finish only about $300,000 under the NHL's $56.8-million cap, such penny pinching can make a difference. The Sharks stand to save as much as $400,000 on McGinn's salary this season, depending on how his various entry-level bonuses shake out at the end of the year.

All told, San Jose has made more than 100 transactions involving its affiliate, and McGinn's at the top of the list with 28 and counting. In one week beginning on New Year's Day, he was demoted four times and recalled three.

"I think he's handled it quite well," Thomas said. "It's a little different situation."

All those savings, however, come at a cost, as one of the team's top prospects has hardly practised with the big club and admits he's often fatigued from flying before or after games.

"It's kind of tough on the body," McGinn said.

He has his share of travel horror stories, too, from delayed flights to being booted off the AHL team's bus in the middle of nowhere due to a call-up. More than once he's arrived in a city just in time for a game, missing the team meeting and warm-up and having just enough time to throw on his gear and get on the ice.

Some of his high-profile teammates give him a hard time about the disappearing act - with (Jumbo) Joe Thornton the biggest offender.

"Any time I'm up stretching or something like that and the coach pulls me aside, they just start laughing and are like, 'All right, see you later! See you in a couple of days!'" McGinn said. "You just smile and, say, 'thanks Jumbo.' He loves to get me going about it. But as long as I'm here, I'll take all the jokes in the world from him."

When he's in San Jose, McGinn lives in a hotel, sometimes for weeks at a time. In Worcester, he stays in a seven-bedroom house with four other AHL players, although he hasn't had full value for his rent given how little he's been home.

Recalling details about where he's been and when he was there can be a challenge, too, as McGinn has a hard time referencing which opponents he faced throughout the year. Asked about his most harrowing travel experience, he points to an NHL game in Nashville followed by a late-night demotion, early wakeup call and a delayed flight that led to almost missing a game.

"We were in Worcester, I don't remember what team we were playing," McGinn said.

"I think it was before Christmas?" he says, hesitantly.

It turns out that not-so-memorable occasion was a 5-3 loss to the Portland Pirates on Nov. 18, early on in his crazy season and ancient history four months later.

"There's been so much travel I kind of lose the dates and stuff," McGinn said. "I try and remember as much as I can, but I'm all over the map."

In more ways than one. 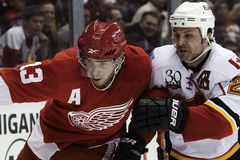 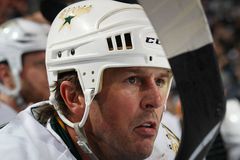 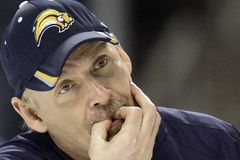