This one was in a tricky spot as muscle injuries go, so they called in the guy with the needles.

It's true NHLers are given access to all the surgeons and therapists they could ever need, but in many cases players are looking outside the field of traditional medicine for help.

The Montreal Canadiens' Michael Cammalleri is merely one of many. A month ago he suffered a charley horse in an awkward place on his thigh that didn't respond especially well to physiotherapy and stretching.

So the sniping winger turned to acupuncture.

Along with teammates P.K. Subban and Hal Gill, Cammalleri pays a retainer to Michael Prebeg, a Toronto chiropractor who practises "contemporary acupuncture" and comes to Montreal every few weeks to sort out the trio's various aches and pains.

In a business where fitness, performance and riches are intricately and inextricably linked, pro athletes are more than willing to wander beyond the bounds of evidence-based medicine for help with a wide range of problems from minor muscular niggles to career-threatening conditions such as postconcussion syndrome.

Seeking out novel remedies has long been a staple of human nature. (And not always a helpful one; anyone remember snake oil liniment?) Nor is it exactly a brand new phenomenon in the NHL. One doctor recalled a player in the early 1990s who was convinced the secret to fitness lay in the aggressive consumption of vegetable and fruit juices.

Several prominent NHLers have sought out acupuncturists over the years to help recover from concussions (1990s stars Paul Kariya and Eric Lindros chief among them).

More recently, former Philadelphia winger Simon Gagné, now with the Los Angeles Kings, turned to a controversial treatment called proliferation therapy – a regimen of injections, generally dextrose – to recover from chronic neck problems, and credited it with saving his career.

"I think players tend to look outside for reassurance," said Maxime Gauthier, a Montreal physiotherapist who specializes in back and neck problems. "Don't forget that trainers are really busy, there's 23, 24 guys to look after. They want results, so sometimes they turn to people with a little different expertise."

Gauthier has worked with Gagné, Toronto Maple Leafs forward Matthew Lombardi and Tampa Bay Lightning captain Vincent Lecavalier, among others. As a relative newcomer to the NHL scene, he says: "Some teams have welcomed me with open arms, it's been more difficult with others."

Perhaps the most discussed recent example of alternative treatment are the consultations that Pittsburgh Penguins centre Sidney Crosby had with Ted Carrick, a Canadian-born practitioner of chiropractic neurology, a field held in low regard by most medical neurologists.

Carrick's treatment involved balance exercises and putting Crosby in a gyroscopic machine. There is little in the way of peer-reviewed literature on its effectiveness, but as a concussion doctor who is skeptical of the method put it: "Try telling Sid that. He obviously believed in it and he's back playing."

Treatments of that sort can illustrate the usual tension between traditional medicine and alternative practices (some of which are derided as quackery by the medical establishment), but Cammalleri and others point to a growing acceptance of practices that go beyond the mainstream.

"These guys have short careers, they want to do absolutely everything they can to be on the ice," said James Kissick, an Ottawa sports physician and former Senators team doctor. "In general, team doctors don't have too much of a problem as long as [players]are still doing what they need to be doing medically and it isn't harmful."

Almost every NHL team employs a full-time massage therapist, and most have chiropractic consultants. In many other cases, the players assemble their physical preparation entourages on their own dime; the modern NHLer usually has at least a personal trainer and dietitian on the payroll.

Cammalleri said the shift toward preventive and maintenance treatments has made it almost indispensable to have outside help.

"I kind of take a business-model approach to it," he said. "I invest in my fitness both with time and money, and I think it's very well justified. My business is my body." 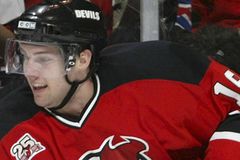