There is a pleasing confidence to Finnish teenager Patrik Laine that bubbled to the surface more than once in the lead-up to Friday's NHL entry draft. There was the night of the NHL draft lottery in April, when Sportsnet's Daren Millard interviewed him via FaceTime in the middle of the Finnish night. Social media figured a drowsy Laine, with a goofy smile pasted on his face, looked more like the Sean Penn character Jeff Spicoli in the 1982 movie Fast Times At Ridgemont High than a prospective NHL star.

And he sure was entertaining.

Then came the recent draft combine in Buffalo, where Laine said that he saw himself as a future 50-goal scorer in the NHL and that he had the ability to one day be the league's best player.

Later still, when the top prospects for the NHL draft surfaced in San Jose before the start of Game 4 of the Stanley Cup Final, Laine made the case for being drafted first over all, noting that while the presumptive first pick Auston Matthews had the edge in some areas of play, he (Laine) was better in others.

Historically, Finnish stars in the NHL have been among the most modest and self-effacing players of all time – think Jari Kurri or Teemu Selanne. But Laine, a product of his era, still hasn't had his vibrant personality leached out of him by the say-nothing culture of professional sports.

Barring an unforeseen development, Winnipeg – with the second overall pick – appears certain to land Laine, the most exciting prospect to go there since 1992-93, when Selanne scored 76 goals for the Jets as an NHL rookie, a record that still stands.

Every NHL draft has a distinct narrative running through it, and 2016 is the Year of the Finn.

Two of the top three prospects – Laine and Jesse Puljujarvi – are Finns, as is highly touted defenceman Olli Juolevi, who played last season for the Memorial Cup champion London Knights; he could go as high as fifth.

Finland was once known mostly for producing world-class goalies, but since a critical stake-holders summit there in 2009, it has been producing position players at a remarkable rate. This past year, Finland won the world under-20 and under-18 championships, and was runners-up to Canada at the senior men's worlds.

"Finland is sort of the Canada of Europe, where hockey is the biggest passion," explained the Columbus Blue Jackets' Finnish-born general manager Jarmo Kekalainen. "In a small country, we need that. We don't lose a lot of the best athletes to the other sports."

Kurri, currently the general manager of Jokerit, which plays in the mostly Russian-based Kontinental Hockey League, believes the competition for players from the KHL and other leagues in Europe has forced the domestic league in Finland to put ever-younger players in the lineup.

Now two years into his retirement, Selanne – a role model for most of the Finnish players currently coming through the ranks – says he met Laine for the first time at this year's world juniors.

"With me, he was obviously a little bit shy," Selanne said. "But he has the right way, the confidence. A lot of times, the young guys are a little scared to say what they think, but this guy is not. He knows what he can do. I like that. Obviously, there is pressure on him that comes from those comments, but that's good. That's how you see it. If that's your goal, you should go for it and say what you think."

Currently, Columbus sits at No. 3 in the draft, behind Toronto and Winnipeg, and if the mock drafts are correct, Puljujarvi will fall to the Jackets. Kekalainen interviewed both Puljujarvi and Laine at the draft combine and described them as "two obviously different personalities. The one guy [Laine] is not a very typical Finn. He says exactly what he wants to say and he backs it up, too, which is good. I've always believed, if you want to get a full commitment from somebody, why not say your goals out loud, and this guy's doing it. No problem, but it's very atypical for Finns, who are usually modest to a fault.

"The other guy [Puljujarvi] is from a small town. [He] moved up north as a 13-year-old and lived by himself in Oulu, which is a big hockey city, and that's a pretty remarkable story in itself. He's more of a typical, quiet, friendly Finnish guy, a very likeable kid who's very modest."

Selanne, one of the most popular athletes to ever play in Winnipeg, believes the fit there will be good for Laine.

"I think Winnipeg is the best landing place for him," Selanne said. "They have a great history with Finnish players and a great appreciation for Finnish players, the fans. I'm so happy I started there, and I can only highly recommend it. It looks like he's going there and he's going to enjoy because of the passion people in Winnipeg have for hockey."

Patrik Laine’s goal has always been to go first over all in NHL draft
June 6, 2016 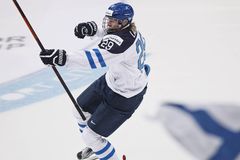 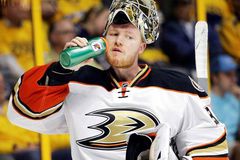 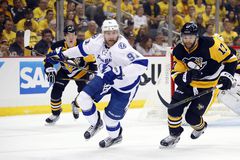