By their own admission, Bell Media and TSN were sad to see the end of their relationship with the NHL, but their first fiscal year without the league's national broadcasts was still a success.

In financial numbers released recently by the Canadian Radio-television and Telecommunications Commission (CRTC), TSN made a pretax profit of almost $100-million in the 2015 fiscal year, down 3.4-per-cent from $103.5-million the previous year. This includes results from the 2014-15 NHL season, the first under chief competitor Rogers Media's 12-year, $5.2-billion national broadcast contract with the league.

Rogers Media's profits were also healthy in that first season, despite all of the gloomy news about falling ratings and ad revenue and the job losses that followed in year two. According to the CRTC's numbers, the networks operating under the Sportsnet umbrella – Sportsnet, Sportsnet One and Sportsnet 360 – earned a pretax profit of $84.8-million. That represented a jump of 20.3 per cent from 2014, when the CRTC reported Sportsnet made $70.4-million.

Although TSN's 2015 profit was down slightly, it was hardly the calamity some predicted when it lost its share of the national NHL rights. Of course, not having to pay the NHL a huge annual fee (the average annual payout for Rogers is $433-million) is a benefit to the bottom line.

"We were long-time partners of the NHL and yes, we were very disappointed," TSN president Stewart Johnston said of the loss of the national rights. "We certainly saw externally some question marks about the future of our network."

Even though TSN's profit dipped slightly from 2014, Mr. Johnston said, "we certainly feel like we had a good year. [Profit] is one of the ways we measure success, an important one, so we feel good about it."

There is one caveat about the networks' financial figures as they are reported by the CRTC. While a spokeswoman for the government body said in an e-mail that the information submitted by the networks "must be completed according to Canadian Accounting Standards," the CRTC has different reporting categories than some of the broadcasters do for their own financial reports.

For example, a company may have a separate licence with the CRTC for a certain broadcast property, which means those numbers are reported separately from the network. Thus the CRTC's profit figures are better regarded as a general indication of a network's financial health instead of the actual number it reports to its shareholders.

Broadcasters can also spread the costs of things such as NHL rights around to various divisions within their companies. Also, while Rogers is committed to paying the NHL an average of $433-million annually over 12 years, the actual payments are on a rising scale, going from relatively small numbers in the early years to larger payments as the deal moves along.

Mr. Johnston said the reason TSN's profit stayed healthy in its post-NHL era was a two-pronged approach adopted after the NHL broadcast contract was lost to Rogers. TSN went from two separate channels to five, and it decided to become known as the network of champions by concentrating on its properties like the Super Bowl, The Masters, the World Cup and the world junior hockey championship.

"Over the course of [2015] we had some great wins," Mr. Johnston said. "We had the highest-ever [ratings] for the world junior [which was played in Canada in prime time] and we broke the record for specialty [networks] with our rating in the gold-medal game.

"We had the women's World Cup, which was a huge success for us, and we were able to demonstrate not only that we're exceptionally strong in hockey with partnerships with the Ottawa Senators, Winnipeg Jets and Toronto Maple Leafs, but also surrounding that with shows like That's Hockey and our panel of commentators."

TSN, for the most part, remains the network viewers turn to for NHL events outside of the games, such as the trade deadline and free agency. For example, at the start of NHL free agency on July 1, TSN's seven-hour panel show drew a network record of an average of 317,000 viewers, according to the company. Rogers' Sportsnet accommodated an afternoon Toronto Blue Jays game during the most important hours of their free agency broadcast, but reportedly drew an average audience of 226,000 to its coverage after the game ended.

"Thankfully it isn't significant," Johnston said of TSN's declining subscriber base. "It's more a matter of some customers lightening their packages, subscribing to fewer channels. If that's the case, then we're not really losing hardcore sports fans or even light sports fans."

Neither Sportsnet president Scott Moore nor Rogers Media president Rick Brace were available for an interview. But Mr. Moore did issue a statement that noted Sportsnet surpassed TSN in overall month-to-month ratings (for the first time) after it landed the NHL deal, with a strong boost from the resurgent Toronto Blue Jays in 2015.

"With both NHL and Blue Jays baseball, Sportsnet has the most coveted sports content in the country all year long," Moore said. "The addition of NHL programming has boosted our Sportsnet audiences, allowing us to increase our wholesale rates and advertising revenues, while also bolstering Sportsnet to surpass TSN as the No. 1 sports media brand in Canada."

The Sportsnet numbers showed the expected increase in costs with the addition of the NHL rights, but the exact impact was not known because it was not clear where the NHL money was allocated or if it was spread among different categories. A source familiar with broadcast accounting said it's common for companies to spread the cost among any areas of a company that are connected in any way with a property like the NHL.

For example, what the CRTC called Sportsnet's total expenses increased by almost 31 per cent in 2015 to $387.9-million, which included programming and production costs. Presumably, this number includes the cost of producing all of the NHL games Rogers took on in 2015.

However, the hockey results were much worse in the 2015-16 season, the second year of the company's splashy deal with the NHL. Many Rogers employees paid the price as the hockey budget was slashed, resulting in job cuts including high-profile broadcasters George Stroumboulopoulos and Glenn Healy. That pain is expected to be shown in the CRTC's 2016 report, which will be released almost a year from now.

For Hockey Night In Canada employees, the party is over
June 27, 2016 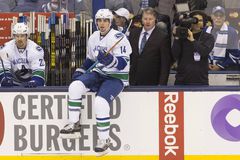 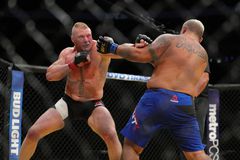