The billionaire Aquilini family has always had a hands-on touch in all of its business, and employs a conservative, long-term style. Family patriarch Luigi Aquilini first built up his fortune in construction, after he immigrated to Vancouver from Italy in the mid-1950s. A decade ago, led by eldest son Francesco, the Aquilinis bought into the Vancouver Canucks, whose value has since surged.

In hockey, the Aquilinis left the day-to-day business of running the team to Canucks executives – but there has always been collaboration. Francesco Aquilini would often be in daily contact with president/general manager Mike Gillis.

Last spring, after the Canucks were jettisoned from the playoffs in a first-round sweep, the collaboration intensified when the team fired its head coach, Alain Vigneault, whose style was composed and hands-off, and searched for a new one.

A half-dozen candidates were interviewed at Rogers Arena and the Aquilinis were smitten with John Tortorella, the fiery man who had one Stanley Cup to his name and had just been fired by the New York Rangers.

They liked his style, passionate and real. The Aquilinis saw a man who could be an instant spark for their underperforming hockey team, one they had sunk so many millions in.

The day after Tortorella's 55th birthday last June, he was officially hired as head coach of the Canucks, a decision that began with the Aquilinis and became a consensus among the hockey bosses, led by Gillis. Tortorella was the answer. He was also a major gamble. The Aquilinis and Gillis, wanting to revive the hockey team, handed a five-year, $10-million (U.S.) contract to one of the most explosive entities in the sport.

Fewer than 10 months later, the John Tortorella experiment in Vancouver has failed. A team that three years ago almost won the Stanley Cup will miss the playoffs for the first time in six years.

"Our problems are far reaching, and they will be addressed," said Gillis last Thursday, using a weekly radio address to speak candidly, acknowledging both his job and Tortorella's were on the line.

Changes would be expensive, the type of costs Luigi Aquilini was never keen to take on as he built his business. Gillis also has four years remaining on his contract. There is a braying for action from the outside. A trio of fans picketed at Rogers Arena with signs that read "Fire Gillis." Many hockey pundits predict Tortorella is done in Vancouver. Fans are voting, too. At least a thousand seats were empty in the lower bowl of Rogers Arena on Saturday night.

"Your fan base wants something to happen," said Frank Provenzano, former assistant general manager in Dallas and Washington. "It might not be the right thing but they want something. Especially in Vancouver. 'We are all Canucks'" – echoing the team's slogan. "We are all angry Canucks."

The situation in Vancouver has spiralled lower in startling fashion. Up to mid-January, the Canucks were in contention, underpinned by strong defensive play. The Tortorella experiment was faring pretty well.

Then came a swirl, an anchor that took the team down: injuries, Tortorella's confrontation against Calgary and subsequent suspension, the trade of Roberto Luongo, the non-trade of Ryan Kesler, and through it all, a string of losses that redefined the conversation around the Vancouver Canucks.

Critics say Tortorella is the wrong fit for Vancouver, that his style and systems do not suit the Canucks roster – yet it was working for at least portions of this season. Tortorella himself says that outsiders don't get it and misunderstand the strategy. Team captain Henrik Sedin last week said a defensive-minded, hard-forecheck approach does fit – but the team failed when it couldn't score goals, a problem that began under the last coach, Vigneault.

"It's on us to score more goals," said Sedin.

The demarcation point of the season remains Saturday, Jan. 18 in Vancouver, when Tortorella tried to storm the Calgary Flames dressing room after the first period. His temper had been controlled since arriving in Vancouver, with minor outbursts, but against Calgary it exploded.

Calgary head coach Bob Hartley made the first move, icing the thugs on his fourth line at the start of the game, which led to a line brawl. It stoked decades-old ire between the coaches and Tortorella shouted at his counterpart from the bench. The melee followed at the intermission. The league called it "dangerous and an embarrassment" and in the 15 days during which Tortorella was suspended, the Canucks' slide began.

Francesco Aquilini was out of town the night of the Calgary game and was initially jarred like everyone when he found out, seeing the images on his phone. But his opinion of his coach wasn't swayed – he still liked his passion.

Backers of Tortorella look at the Calgary situation as one that Hartley unnecessarily started, while knowing Tortorella went too far. They see, broadly, a coach who has evolved this year and is less the unruly firebrand of the past. In the past month, for one, Tortorella has ceded more autonomy to his veteran players, less often going into the dressing room between periods.

"I don't think a lot of people know John – John's a very sincere guy," said John Muckler, who was head coach in Buffalo in the early 1990s when Tortorella had his first job as an NHL assistant and again with the New York Rangers before Tortorella joined Tampa.

"He puts a lot of pressure on himself. He loves his players. He'll protect his players to the end. When you get to know him, he's got a big heart. And he loves the game. Maybe that goes to a fault sometimes. It's an honest fault."

Last year, when Tortorella was interviewed by Canucks executives and the Aquilinis, one thing that impressed the owners was the coach's talk of the Cup, back in 2004 with Tampa. Tortorella did not revel in the joy of hoisting hockey's championship trophy but savoured the arduous journey to get there. It was the value of work ethic, precisely the pillar of what built the Aquilini wealth.

The owners of the hockey team drove the decision to hire John Tortorella. The experiment to spur a veteran hockey team with the fiery coach has gone backwards – and the owners have to once again decide if the future of the Vancouver Canucks is with John Tortorella behind the bench. 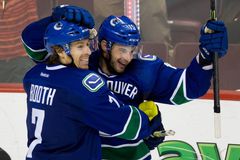 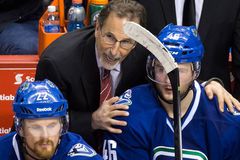 Does John Tortorella deserve another season in Vancouver?
March 28, 2014 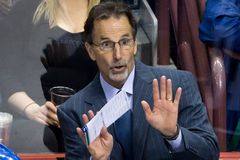 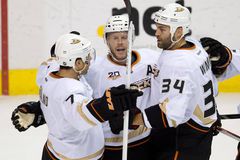