Early on, there were signs the folks conducting this particular chemistry experiment needed to pluck a few different elements from the periodic table.

In the first period, Montreal Canadiens forwards Thomas Vanek and Max Pacioretty bustled into the Colorado Avalanche zone together on what amounted to two-on-zero, but mostly got in each other's way as the defence caught up.

Later Vanek – still in search of his first goal in five games since coming to the Habs on trade deadline day – slammed his stick against the boards as he skated back to the bench.

"I've been doing that since I was five years old," he explained later, "it's something I'm trying to get better at."

Despite his evident frustration, Vanek has been creating offence since joining the team – he had 20 shots coming into the game vs. Colorado, nearly all from great goal-scoring positions.

He wouldn't have to wait long for the dam to burst; the fact that it finally did provided the hard evidence of the way the arrival of an elite goal-scorer has changed the complexion of the Habs' forward lines.

With Colorado up 1-0 in the second period after a sensational opener from rookie Nathan MacKinnon, David Desharnais rushed up the left side and out-waited sprawling goaltender Jean-Sébastien Giguère, skating below the goal line before slipping an exquisite feed into the slot that Vanek was able to guide through Tyson Barrie's stick-check – it crossed the line at perhaps five kilometres per hour.

Then, with seven minutes to play in the third and the score knotted 3-3 – fourth-liners Travis Moen, with a spin-o-rama no less, and Brandon Prust, with a top-cheese slapper from the slot had added goals, Max Talbot and Jamie McGinn had replied for the Avs – Giguère took a holding-the-stick penalty.

Now, the Habs' power play hasn't exactly been a work of art over the past three months – it went through an 18-for-132 stretch – but since the man-advantage keyed the record-setting comeback win against the Ottawa Senators on Saturday, it is suddenly 3-for-7.

The first of the night's two power-play goals from Vanek, who slammed home a pinpoint Pacioretty pass from the slot.

When Jan Hejda was sent to the box for tripping just under three minutes later, it was again Vanek who stepped to the fore, deflecting Alexei Emelin's shot so deftly that the crowd evidently didn't realize he'd scored his hat-trick goal.

Two hats were belatedly flung onto the ice.

"It's pretty cold outside, people don't want to walk home like that, I understand that," Vanek said.

The fans were able to cheer him more fulsomely when the three stars were announced, he was serenaded to chants of "Va-nek, Va-nek" – one wonders whether playing for a boisterous crowd in a hockey-mad city will weigh in the balance when the Austrian becomes a free agent this summer.

He joked that "the last few days I've been recognized a little more, maybe I'll stay in the hotel more now."

Though the spotlight must rightly focus on Vanek, the Habs' fourth line was arguably as instrumental in this one.

Rough-hewn centre Brandon Prust left the game in the first period after an innocuous-seeming check, but returned to the game fit enough to go top-cheese with a cracker of a one-timer from the high slot.

Earlier, his diving poke at a puck had ended up as a pass to fellow fourth-liner Moen, who fielded the puck with his hand, then spun around to fire a backhand into the net.

"I'm not sure what happened there, I think I must have blacked out for a minute," he joked afterward.

It was up to Dale Weise, another grinder, to tally an empty-netter: all three members of the fourth unit went home with a goal.

"We stuck to our strengths," Prust said.

This game wasn't perfect, the Habs defence was frequently overwhelmed by Colorado's speed, and goalie Carey Price has given up more goals in his last two starts than he did in the Olympic tournament.

But the result is the thing, and the Habs have now reeled off three straight wins.

They find themselves eight points ahead of ninth-place Detroit – the teams will play two head-to-head games in the next three weeks – according to sportsclubstats.com's statistical models, they have a 97.6 per cent chance of making the postseason, and a better than even shot at hosting a first round series.

If Vanek and the fourth line can establish some level of consistency, it's a prospect Montreal fans have to feel good about. 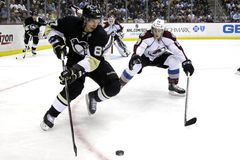 MacGregor: MacKinnon proof that for Avalanche, youth is being served
March 17, 2014 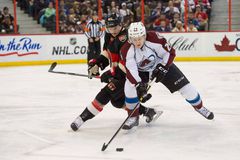 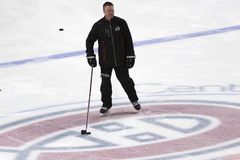 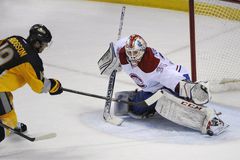 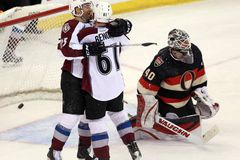 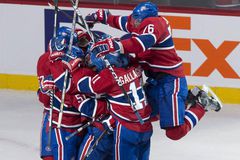