The Florida Panthers heard the chuckling in late February when they re-signed 38-year-old forward Shawn Thornton for another season.

Thornton played less than nine minutes nightly in the regular season, scored one goal in 50 games and turns 39 this summer. But the Panthers, led by data-driven ownership from the world of Wall Street, place a high premium on "glue guys" such as Thornton.

"I know the analytics guys probably chuckled when we signed him because I'm sure his Corsi and adjusted Corsi and all that stuff is not particularly favourable. But it's kind of like having a big brother in the locker room who really can help mentor these young guys and teach them how to be professionals and teach them what it means to win and to sacrifice and to build a great team."

Cifu and Panthers principal owner Vincent Viola come from a world in which data are king. They're leaders at Virtu Financial, a global electronic trading firm based in New York.

Understanding and employing data is central to their business, as is computer-driven technology, which has mostly replaced those wildly gesticulating human traders on Wall Street.

But even Virtu, where Cifu serves as CEO, sees value in "cultural glue," people who buy into and advance a team-first mentality.

Vitru is small compared with competitors, with about 150 employees. Cifu said the firm is able to compete by employing people who understand the "mission" and know their role within the operation.

Panthers ownership, which purchased the team in 2013, has tried to implement a similar vision, one, though, that still places heavy value on data.

Florida has an analytics team and believes strongly in employing numbers that reveal things the eye can't see. Ownership lives that world every day.

The Panthers are also well aware that their success in recent years is owed strongly to the rapid advancement of young players such as Aaron Ekblad, Jonathan Huberdeau and Aleksander Barkov.

Glue guys such as Thornton play only a small role, but a role no less.

"I don't think we'd be at this point if we didn't have the older guys that have been in playoff runs and had successful seasons and won Stanley Cups," 23-year-old forward Nick Bjugstad said in a recent conversation. "I think that's one of the most important parts, keeping us focused because we're young kids, a lot of us.

"You've got to get a slap on the wrist every once in a while."

Other veteran influences such as Jaromir Jagr, Jussi Jokinen and Brian Campbell have made a significant difference on the ice for Florida, which set franchise records for wins and points in regular season.

Thornton's chief value to the Panthers has little to do with that.

Florida values him instead as a selfless leader who looks out for and advises young players, making them accountable when need be.

"You need Aleksander Barkov," Cifu said. "[But] you can have a guy or two on your team that maybe isn't as skilled, but that's been around the block and gets how important it is to think about the team-first concept. And this is a sport where if all 20 guys are not on the same page, it really doesn't work."

Cifu describes Thornton, who has only two goals and 10 points in 96 games with Florida, as one of the club's best recent free-agent signings. Bjugstad says Thornton and others, such as fellow 38-year-old Willie Mitchell, bring a "winning mentality" that's trickled down to the younger players.

The Panthers hope Thornton will stick around in some sort of capacity when his career is over.

"If he was on Wall Street, I would hire him to work at Virtu," Cifu said. "He's that kind of guy. He's got great character. He cares a lot about the people around him." 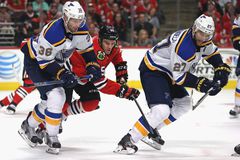 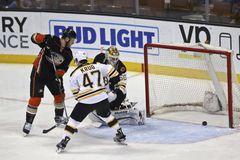 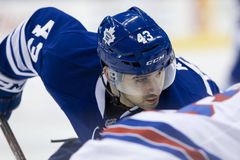