The Toronto Maple Leafs invested a lot in Petter Granberg.

They scouted the big defenceman extensively in Sweden. They used a fourth-round pick in 2010 to add him to their prospect stable. They kept a close eye on him in Skelleftea and convinced him to come play in the AHL at 21 years old.

Two years later, the Leafs lost Granberg for nothing.

In the grand scheme of things, his loss – after he was claimed on waivers by Nashville on Sunday afternoon – isn't a crushing one for the organization. Granberg had been a favoured prospect of the previous regime and played big minutes with the Toronto Marlies, but as a one-dimensional stay-at-homer in an NHL that is emptying of those, he has limited upside.

(Although it does give one pause when a savvy organization like the Predators adds him as their ninth defenceman.)

What the Granberg situation highlights more than anything is just how small the development window is for NHL teams.

Generally speaking, general managers get to assess their draft picks for only two or three years in the minors before they become waiver eligible, which means they have to be made available to the other 29 teams for nothing if they are going to be sent down to the minors.

In some cases, players can become waiver eligible even earlier than that. That's how the Leafs landed 22-year-old defenceman Frank Corrado, as the Vancouver Canucks were in a tough spot after training camp and decided to try to sneak him through waivers.

It didn't work, and Toronto claiming Corrado was seen as a minor coup for the organization back in early October.

Two months later, he hasn't played a game for the Leafs.

We hear so much about the importance of development in the NHL these days, but this can't be helping Corrado's. He would have likely been much better served playing huge minutes in key situations with Vancouver's farm team than watching 15 Leafs games from the press box, as he has so far as the team's forgotten eighth defenceman.

"What we've done is we've put him in a bad spot because he hasn't played in a long time," Leafs coach Mike Babcock said.

The craziest part is, if you look around the league, Corrado is far from alone.

There are 17 other players under 25 years old who have sat nine or more games as a healthy scratch already this season. Many of them are young defencemen who organizations have invested a high draft pick in and/or a lot of work in developing, and many would benefit from being in the AHL.

Dylan McIlrath, the Rangers' 10th overall pick in 2010, has been scratched 16 times. Stefan Matteau, the Devils' first-round pick only three years ago, has sat nine.

Jamie Oleksiak and Tomas Jurco, in Dallas and Detroit – two excellent 22-year-old prospects in organizations that like to develop their young players slowly – have missed 16 and 15, respectively.

And recent Canadiens first-rounder Jarred Tinordi has been benched for all 22 of Montreal's games so far.

The threat of a waiver claim is what keeps them sitting in the press box night after night.

It's not an ideal situation, for the team or the players. And because most junior players aren't allowed to play in the AHL until they're 20 years old, it gives organizations a very small time frame in which they can groom prospects in their system and see what they have.

That's going to be vital for the Leafs to keep in mind, as they attempt to transition from having an impressive, young minor-league team to getting those players to contribute at the NHL level.

Player evaluation obviously matters when teams go to the draft every June, but it remains as important in the next handful of years after that. Once your prospects start to hit 22 and 23 years old, you have to make tough decisions on those still on the bubble.

There's a 23-man NHL roster to deal with, as well as a 50-contract limit throughout the organization.

You need to know the answer to questions like: if they're not NHL players now, will they be in the near future? And is it worth having them sit out dozens of games at a young age in order to keep them around?

With Granberg, the Leafs could have found a way to keep him. They had time to find a trade, as he was recovering from a torn Achilles tendon the past few months. They could have demoted Scott Harrington – who doesn't yet require waivers – or found a new home for veteran Roman Polak.

They decided they had better options, especially given the style Babcock wants the Leafs to play. In this case, that appears to be the right call.

Next time, it may not be so easy. 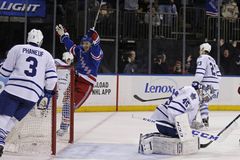 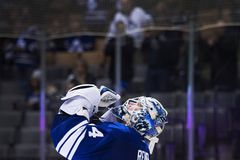 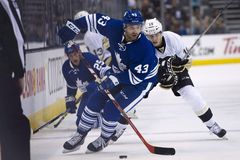 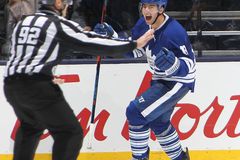 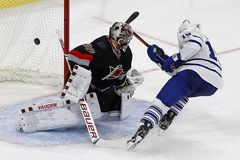 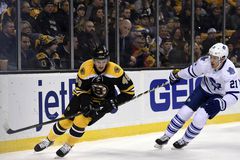