Connor McDavid comes to town for the first time Saturday, and the Conroy children – Taylor, Sofia and Sidney – all want to be present at the Scotiabank Saddledome to see him make his debut in the Battle of Alberta.

This, naturally, puts their father, Craig, in an awkward position. Craig Conroy is the Calgary Flames' assistant general manager and, for most of his professional life, has been in the business of trying to beat the Edmonton Oilers.

But such is the interest in McDavid – and in these parts, how his presence affects the largely dormant rivalry between the Oilers and Flames – that friend, foe and even family all want to see him, live and in person.

According to Conroy, his children accompanied him to the draft in Sunrise, Fla., in June and were swept up in the excitement and hype surrounding McDavid.

"A lot of times, I give my tickets away, but they went to the draft and saw him drafted, so now they all want to see him play," Conroy explained, a little ruefully. "They asked: 'How good is he?' and I said, 'Well, he's pretty good.' 'Okay, can we have the McDavid tickets please?' I said, 'Oh great, I'll get the tickets, but you guys figure it out from there.'

Once upon a time, the Battle of Alberta was arguably the best rivalry in hockey – and in a seven-year span between 1984 and 1990, one team or the other, Edmonton or Calgary, qualified for every single Stanley Cup final. Cliff Fletcher, the first Flames' general manager, often said it was Edmonton's excellence in the Wayne Gretzky-Mark Messier years that forced Calgary to get better, too.

The Oiler-Flames games of the 1980s ultimately featured half-a-dozen future Hall of Famers on both sides – and were as entertaining as hockey gets. Edmonton had a decisive edge early in the series, though the rivalry eventually turned in Calgary's favour. The Flames won all five games from the Oilers last season and lifetime hold a 114-88-19 edge versus the Oilers franchise.

Rivalries – real ones, not the ones drummed up as part of a marketing campaign – need two elements, according to Flames coach Bob Hartley.

"No. 1 is expectations," Hartley said. "Expectations are now a lot higher. I'm starting my fourth year here, and from the first day, the Battle of Alberta has been a very friendly one. Both teams were looking for an identity. Both teams were looking to rebuild. When you're a non-playoff team, it's pretty hard to stand up in front of the hockey world and say, 'We hate those guys.' Before looking at a big-time rivalry, you should be a playoff team.

"That's the second thing – playoffs. What brings rivalries is, every two days you have the same guys in your face. You remember the elbow you took in the chops – or the slash behind the legs or the big bodycheck that this guy gave you. Then it builds up. So I think looking at the Canadian cities in the West – us, Vancouver, Edmonton, Winnipeg – the brand of hockey has really improved, so the chips will be on the table every game. There's so much parity that every game means something. We are all on the upswing – and the fans will really enjoy it."

McDavid's presence as a potential generational player in the Oilers lineup can only enhance the rivalry, but according to Conroy, he would have been fine if he'd landed elsewhere in the NHL.

"Obviously, when they got him, you're not overly excited because you've watched him play and you know how good he's going to be," Conroy said. "When we see him for the first time, how he does against us is going to probably determine how we really feel about him.

"But it's fun. It's fun when Sidney Crosby comes in – or Alex Ovechkin. To have a player like that, so close, is exciting. At the same time, I want to win every Battle of Alberta, and if he wasn't there, it wouldn't have hurt my feelings. But now that he is there, I mean, we have Sammy [Bennett], one of his good buddies. We always joke with him, 'You guys are going to be playing against each other for a long time so you need to set the tone early.' And he's like, 'Oh, I know.' So he's all fired up.

"Hey, we would love to have a guy that people consider to be a generational player. But we have [Johnny Gaudreau]. We have Monny [Sean Monahan]. We have Sam. We feel like we've got good young players, too. Both teams want to be relevant again and both want to be in the playoffs. Maybe one day we'll even have a playoff series again." 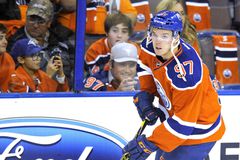 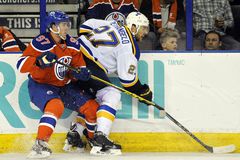 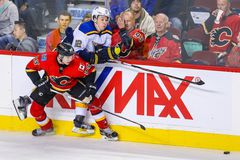 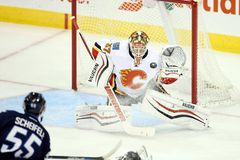 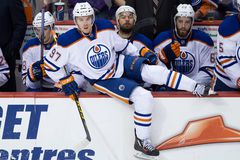