For all that Todd McLellan has accomplished in seven full seasons as an NHL coach, not much is known about him outside of San Jose. He toiled in comparative anonymity there, routinely leading the Sharks to excellent regular-season results but never quite able to coax the Sharks' curious mix of talent into a Stanley Cup final.

But that low profile changed Tuesday when McLellan was unveiled as the 13th coach in Edmonton Oilers history in a press conference that drew national attention. In Edmonton, McLellan will be front and centre in a Canadian market with a chance to shape the exceptional raw material that is Connor McDavid, hockey's latest generational player.

McLellan has some useful experience: The previous generational talent, Sidney Crosby, played on a line with a couple of current Oilers, Taylor Hall and Jordan Eberle, as Canada rolled to the 2015 world hockey championship in Prague, with McLellan behind the bench.

Naturally, the coach is enthused by the prospect of coaching McDavid and revealed that he spent some time in Prague quizzing Crosby about what it will be like for McDavid to come into the NHL as a teenager, with the weight of expectations on him.

"It's tough to be that player, in this world, especially in a Canadian market," McLellan said. "But Connor will be fine. He'll get what he needs from the Oilers organization, the coaching staff and his teammates. And he is just one piece on the team. It's going to be about the whole, not individuals, and that's how we're going to approach it."

McLellan, like new general manager Peter Chiarelli, is not a member of the Oilers' old-boy club, which may matter to the overall perception of the franchise. The more important factors are their proven track records. McLellan is the second-fastest coach to reach 300 wins in NHL history, and he recorded a sparkling .637 winning percentage with San Jose.

Chiarelli, who won a Stanley Cup in Boston, praised McLellan as someone with "a wealth of experience, a level of energy and an intellect I haven't seen in a long time."

Ultimately, McLellan's greatest contribution would be to instill a stronger defensive presence in Edmonton. He has the credentials: For all their high-end offensive talent, the Sharks were solid defensively too – fifth overall in 2014, sixth overall the season before. And if the Oilers had a consistent weakness these past half-dozen years, it was keeping the puck out of their own net.

It'll help if Chiarelli can acquire a No. 1 goalie, preferably an established veteran. How about trying to pry Mike Smith out of Arizona? The rebuilding Coyotes might happily shed the final four years of a contract paying Smith $5.667-million (U.S.) annually, and take Ben Scrivens ($2.3-million for one more year) in return to get a deal done.

McLellan saw Smith first-hand at the world championships, and had to like what he saw of his ability to move the puck. If Edmonton's blueliners can't get the puck out of their zone, maybe someone with Smith's puck-handling skills can.

More than anything else, McLellan is a student of the game, and he is joining a team that has a lot to learn.

"As a coach, you break the game down into relationships and tactics," McLellan said. "You have to create a trusting environment, where you can help [players] grow – but also hold them accountable the right way."

McLellan clearly isn't an accidental coach, but someone who's thought this through. In his mind, coaching is an evolving craft that requires constant attention; otherwise, the next big step or innovation can easily pass you by.

And Edmonton, which has seemed behind the times for so long, now appears on the verge of catching up – and maybe even moving ahead. This is a good thing. Calgary returned to respectability this season after six years out of the playoffs. If Edmonton can get back on track, it will stoke one of the NHL's most enduring and entertaining rivalries, the Battle of Alberta, which for too long has been lying fallow. 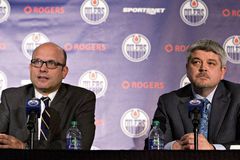 Duhatschek: Maple Leafs, Oilers would be wise to reach out to McLellan
April 20, 2015 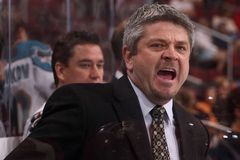 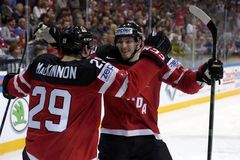