Last autumn, when the puck was about to drop on a new NHL season, it looked like it was going to be an ugly year for Canada's hockey teams.

The only squad poised for a certain playoff spot was Montreal. A few prognosticators believed the Vancouver Canucks could revive themselves. Ottawa, Winnipeg, Calgary and Edmonton were pegged to be among the worst teams in the league.

But with 2 1/2 weeks left in the regular season, five of Canada's seven teams are still in playoff contention. Only Toronto and Edmonton are long gone.

Montreal is a fixture near the top of the Eastern Conference. Vancouver is on a winning run when it counts. Winnipeg has been defying skeptics since December – and appears set to bring the city its first postseason games in nearly two decades. Calgary has defied the odds from the start. And then there's Ottawa, a once-hopeless team that has gone on a ridiculous run of 17 wins in 21 games, backstopped by rookie goaltender Andrew Hammond.

"It's what we play for," Winnipeg captain Andrew Ladd said on Tuesday before a key match in Vancouver. Ladd has twice lifted the Stanley Cup, in 2006 with Carolina and 2010 with Chicago. He then was traded to Atlanta, became captain, and moved with the team to Winnipeg. He hasn't played in the postseason since he last touched the Cup. "It's fun being in meaningful games this time of year," he added.

Fun was the common refrain around Rogers Arena, as the Jets and Canucks prepared to play. It'll be more fun for Rogers, too, if five Canadian teams reach the playoffs – it's been a difficult first broadcasting year for the rights-holding media company, hurt by so-so ratings and the complete implosion of the Maple Leafs.

The playoff odds are in the Canadian franchises' favour, according to the numbers crunched by sportsclubstats.com. However, the margins of error are narrow and teams in pursuit have powerful pedigrees. Ottawa elbowed aside the Boston Bruins to move into the last playoff spot in the East last night. In the West, the defending champions Los Angeles Kings were just two points back of Calgary in the battle for eighth place going into Tuesday's game in New York, and just four back of Vancouver and Winnipeg.

"We're in a good spot right now," Winnipeg defenceman Tyler Myers said. "It's not concrete – I'm sure it's going to go back and forth. We're confident."

Vancouver continues to benefit from a 16-6-1 run to start the season that had the Canucks first place over all on Nov. 28. After a sideways 15-15-2 through mid-February, they took off again, going 11-5-1 before the Jets game. "It's a real resilient group," Canucks GM Jim Benning said of his roster.

The Canucks have booked most of their wins, 38 of 42, in regulation or overtime. This statistic is the first tiebreaking method at season's end and Vancouver's 38 ranks sixth in the NHL. By contrast, the Kings have 33 wins in regulation and overtime, and their 14 overtime/shootout losses – the loser's point – are the most of any playoff contender. The Kings are terrible in overtime this season, 1-7, and in the shootout, 2-7. It could end up being a crucial difference.

The biggest difference in the race for the playoffs has been goaltending. Hammond has backstopped Ottawa's run; the Minnesota Wild have started Devan Dubnyk for 32 consecutive games; Winnipeg's Ondrej Pavelec was set to get a well-earned night off against Vancouver after being named the NHL's first star of the week.

Like his team captain, Jets coach Paul Maurice hasn't experienced the postseason in a while, not since the conference finals in 2009, when he was Carolina's bench boss. Now, an entire prairie city anxiously awaits the chance to savour playoff hockey. "The pressure's good," Maurice said, "but there's a lot of pressure." 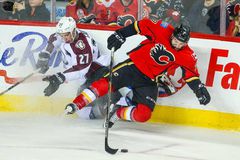 Rinne outduels Price as Predators down Habs in OT
March 24, 2015 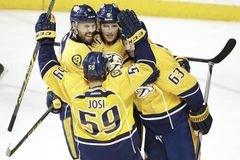 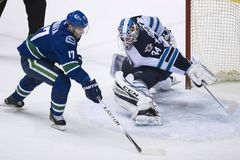 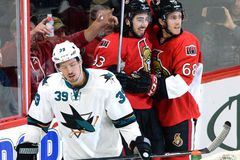 Flames, Jets and Kings facing pressure with playoff spots on the line
March 23, 2015 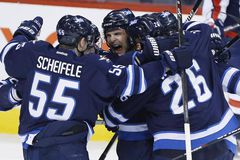 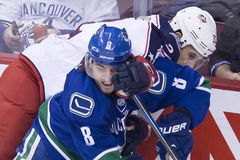 Leafs will need to fight to win back attention of fans
March 24, 2015 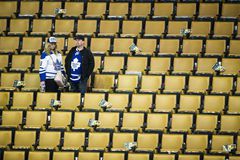