This is how it goes in NHL free agency nowadays, especially at the higher end, where the Ryan Suters and Zach Parises resided. Ultimately, when the money was going to be spectacularly big no matter where they played, other factors beyond the dollars – a cool $98-million (all currency U.S.) a player – entered into the equation. Lifestyle. Family. Friends. Familiar surroundings. For both Parise, who is from Minneapolis, and for Suter, whose wife is from the Twin Cities, the lure of going home to play for the previously nondescript Minnesota Wild trumped all.

And in an age of parity, where a team can miss the playoffs one season and contend for the Stanley Cup the next, it is virtually impossible to separate the contenders from the pretenders any more.

The cold hard truth is that Minnesota finished 12th out of 15 teams in the Western Conference last season, and even that doesn't begin to tell you how badly things went for the team over the final three-quarters of the season. Twenty-one games in, the Wild actually led the overall Western Conference standings by two points over the San Jose Sharks and the Chicago Blackhawks, and coach Mike Yeo was getting early coach-of-the-year notices for turning around the fortunes of a perennial also-ran.

Reality started to set in by early December and the Wild couldn't recover from a January shoulder injury that limited team captain Mikko Koivu to only 55 games. Minnesota scored a league low 177 goals, and for comparative purposes, consider there was only one other team under 200 regular-season goals last year, the Stanley Cup champion Los Angeles Kings.

Without question, Suter and Parise will improve the Wild. But by how much? They were an 81-point team last year in a conference where it took 95 points to make the playoffs and where five of the eight qualifiers had 100 points or more. That's a lot of ground to make up, even after adding Parise's goal-scoring ability to their popgun attack and Suter's experience to a young defence corps.

How close are they to actually contending?

"It's so hard because the league is so even now that you can't predict anything. It's speculation. You can speculate all you want.

"But Ryan and I talked about this. We like what they're doing here in Minnesota. That came into our decision. We like the young players that they've got drafted and are coming in. We like the goaltending. They've got the pieces there. Our hope is that we can come in and help and get to where everybody wants to go."

In the end, everybody wants to go to the playoffs, where Minnesota hasn't been since 2008. The closest they ever came to a long postseason run came in 2003, the third year in franchise history, when a team led by coach Jacques Lemaire qualified for the conference final. That year, the Wild were swept out of the playoffs by the Anaheim Ducks and managed just a single goal in four games.

Scoring has been an issue virtually ever since. The highly regarded Finnish prospect, Mikael Granlund, should help that eventually. It wouldn't hurt for the likes of Dany Heatley, Devin Setoguchi and Pierre-Marc Bouchard to have bounceback years either.

Still, the signings represent a coup for young general manager Chuck Fletcher, who acknowledged that he wasn't sure if he could sign one, let alone both, for the Wild.

Cleverly, Fletcher was careful not to put too many expectations on the club, especially not in the short term, where they will remain a work in progress. Minnesota's best years may happen in tandem with the Edmonton Oilers' – two or three years down the road, when the players on their prospect list mature into bona fide NHL players.

Minnesota previously added depth forwards Zenon Konopka, Torrey Mitchell and Jake Dowell to buy time until some of those kids are readier to contribute.

"We feel we are a better team, but the real work is just starting," said Fletcher, whose father Cliff ran both the Toronto Maple Leafs and the Calgary Flames for years. Accordingly, he is steeped in hockey tradition and smart enough to know that letting expectations run wild is the worst thing that can happen right now.

"If we assume we're just going to show up to camp and go on the ice and be better, we're kidding ourselves," Fletcher said. "We have a lot of work to do. We're coming from behind a bit. We finished back last year. Until we play the games and start winning, there's no sense worrying about what we can be. We just have to go out and play.

"But having said that, it's a great start, adding players like this. We have a lot of character on our team. We think our talent's upgraded. We think our depth is better. Certainly, there's no reason, if we work hard and get some breaks, that we can't be a pretty good team."

Committing almost $200-million to two players is a lot of money to spend just so the Wild can evolve into "a pretty good team." On the other hand, after years without an identity, the Wild are finally going to attract a little attention. Just how much will largely depend on how long it takes to go from pretty good to great.

With Parise, Suter spoken for, the fight for scraps begins
July 4, 2012 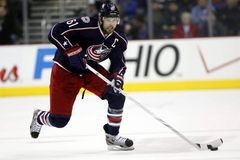 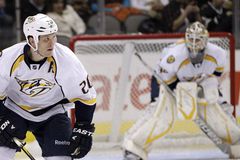 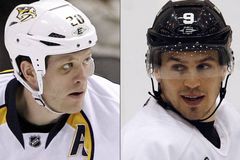 For the first time in a long time, the Wild have something to get excited about
July 4, 2012 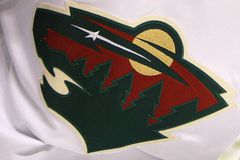 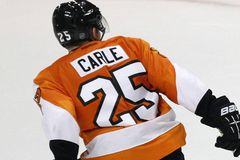 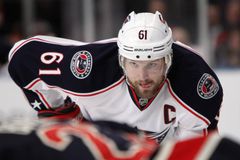