The NHL is building a strategic plan to help expand and promote women's hockey.

League representatives will be at the world championships in Burlington, Vt., during the next week – the NHL has been at many major tournaments the past year – learning about girls' and women's hockey and brainstorming ways to help it advance.

But don't expect the league to provide large funds or start up a women's league. The NHL says it can have a broader impact using its public platform, its TV network and website, and by bringing in female stars for its own major events.

The NHL hired former WNBA president Val Ackerman to research women's hockey globally and report back, which she has been doing over the past year. Now, the NHL itself is getting to know stakeholders across all levels, from girls' programs to university, international and the professional Canadian Women's Hockey League.

The NHL says it's keen to be a partner on initiatives.

"We're not looking at how sustainable it would be to build a women's hockey league like the WNBA model – that's not what we're doing here," said Susan Cohig, NHL senior vice-president of integrated marketing. "We are eager to learn from Val what she experienced about the fan appetite from connecting with the grassroots level and the collegiate level of women's and girls' basketball."

At its 2012 all-star game in Ottawa, the NHL brought in four female Olympians –Caroline Ouellette, Meaghan Mikkelson and Jennifer Botterill of Canada, and U.S goalie Jessie Vetter – to take part in the event's Fan Festival.

Cohig said the NHL was particularly impressed with fan response to a live question-and-answer session with Vetter and Botterill.

"The women spoke of their experiences and the USA-Canada rivalry, and people had so many questions for them and wanted autographs, and the theatre was packed," Cohig said. "It was such a natural fit, we should have been doing this years ago."

Representatives of the NHL have been in attendance at the women's U.S. NCAA Frozen Four tournament and the CWHL's championship event, the Clarkson Cup, and have discussed preliminary ideas with Hockey Canada and USA Hockey.

As the 2014 Sochi Winter Olympics get closer, the NHL is interested in playing host to some exhibition games between the Canadian and U.S. women's squads in its rinks, potentially as a doubleheader to an NHL game.

"It would be a natural fit to have the women play a game before our NHL teams, especially in Ottawa, Toronto, Boston, Detroit, Montreal, Minnesota or Detroit," Cohig said. "There is a nice natural fit in those markets because they have lots of fans and a high participation rate at the grassroots level in girls' hockey."

The NHL is also interested in having more female hockey stars at next season's all-star game in Columbus, and is considering ways to include them on the ice as part of the skills competition.

While the NHL hasn't granted the CWHL's requests for the type of funding that would make it a sustainable business model, Cohig says it will continue the dialogue with the six-team league about partnership ideas.

"We want people to know that it's not just Olympic years that we play hockey," said Mikkelson, also a member of the CWHL's Alberta team. "We would love to show people where we play. The NHL giving recognition to us and our leagues would help people see where they can find us."

To further that aim, the NHL is also considering putting more women's hockey programming on the NHL Network and NHL.com, perhaps showing some games from the Frozen Four, Clarkson Cup or world championship.

"The NHL has been increasingly interested in our game and very open to ideas, really eager to be a good partner," said Tanya Foley, manager of women's hockey for the International Ice Hockey Federation. "The commitment is really showing, and I think the partnership is going to really grow going into the Sochi Games." 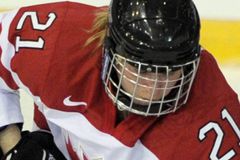 Canadian women ready to go for gold in Vermont
April 6, 2012 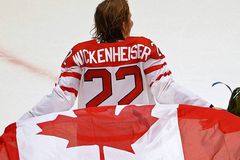 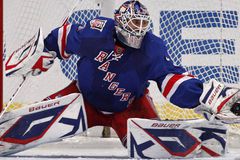