Ending a four-year run without a gold medal won't be easy for Canada at the world junior hockey championship.

The quest begins with what is supposed to be an easy one, although Germany has traditionally been a stubborn opponent to Canadian teams at international tournaments.

"You've got to expect they'll be structured and hard working," coach Brent Sutter said Wednesday after a one-hour skate at the cosy Isstadion, where they face the Germans on Thursday. "They'll be ready to play.

"That game is the biggest game to date we have. It doesn't matter our opponent, it's how we have to play. Let's make sure we're responsible."

Pre-tournament exhibition games against Finland, Sweden and Switzerland showed that while the Canadian squad – led by Halifax Mooseheads star Jonathan Drouin – will be among the better teams in the 10-team event, it doesn't have the speed and offensive flash of some of the 15 Canadian teams that won gold in the past.

The host team Sweden, with at least 10 players returning from a squad that won silver last year in Ufa, Russia, looks like the team to beat, especially after the 3-0 beating it put on Canada in an exhibition game last week. The Swedes are in the opposite first-round group and will play at the newer, much larger Malmo Arena.

Canada has only three players back from the 2013 tournament. They include Drouin, Jake Paterson (who didn't dress for any games in Ufa as the third goalie), and defenceman Griffin Reinhart, who is suspended for the first three games this year from a slashing incident in last year's semi-finals.

The loss in Ufa ended Canada's 14-year run of top-three finishes at the tournament officially called the IIHF world under-20 championship.

This year's squad is younger than most, and should be a showcase for three players not even eligible to be drafted by the NHL yet.

First among them is Connor McDavid, the dazzling 16-year-old playmaker and scoring star of the Erie Otters, who will not be eligible for the draft until 2015.

There is also forward Sam Reinhart of the Kootenay Ice, the younger brother of Griffin Reinhart, along with big defenceman Aaron Ekblad of the Barrie Colts. They may go one-two in the 2014 draft.

Sutter has McDavid and Reinhart on the wings with centre Bo Horvat, an imposing Vancouver Canucks prospect from the London Knights. They were the only line to stay together through the team's three pre-tournament games.

Reinhart turned 18 in November and is not a true "underage" junior, and Sutter uses him as he would a seasoned veteran. In exhibition play, he played the power play and on the penalty kill. In one instance when Canada was short-handed two men, he was the lone forward on the ice.

"He's an all-purpose player," Sutter said. "He just knows how to play the game.

"He's an intelligent player and his paying attention to details in all sorts of situations is very high. As a coach, you're very comfortable playing him in whatever situation that occurs."

Reinhart is used to the ice time with Kootenay and was a captain on Canadian under-18 teams, so he likes the responsibility Sutter has given him.

"It gives you confidence for opening night," he said. "We took some games to find our mentality and what we'll bring to the first one.

"We feel confident in our game right now. The focus has turned onto the first game against Germany and we're looking forward to it."

The exhibition games were a test for Drouin, the third overall pick of the Tampa Bay Lightning last June.

Sutter blasted him for a weak showing against Sweden, even though it was Drouin's first game since suffering a concussion in a league game with Halifax on Dec. 8. He was moved from left wing to centre for the final exhibition against the Swiss and played better.

"Brent said some stuff," said Drouin, who will likely centre big winger Anthony Mantha and the defensively solid Taylor Leier of the Portland Winterhawks. "I know I played bad and didn't help the team.

"I had to step up my game against the Swiss and I think I did. I feel better. The first game was a little rough. It's been three weeks [since he played] and it's different from major junior. It's way more fast, but I think the second game was better."

Another question to be settled was in goal, and Sutter believes he's found his man in Paterson of the Saginaw Spirit, who will start against Germany. The Mooseheads' Zach Fucale will start the tournament as the backup, but Sutter expects both will see action in the tournament.

Other lines are likely to have Nic Petan of Portland between Curtis Lazar of the Edmonton Oil Kings and Kerby Rychel of the Gueph Storm; and captain Scott Laughton of the Oshawa Generals with Frederik Gauthier of the Rimouski Océanic and Josh Anderson of the Knights. Charles Hudon of the Chicoutimi Saguenéens may slot in the Drouin line.

The defence will likely be rearranged when Griffin Reinhart returns Dec. 31 against the Americans. Sutter has been trying various combinations for a group that includes Ekblad, Matt Dumba of the Minnesota Wild, Chris Bigras of the Owen Sound Attack, McDavid's Erie teammate Adam Pelech, Josh Morrissey of the Prince Albert Raiders and Derrick Pouliot of Portland.

Without a high-powered attack, there has been much talk of playing "Boston Bruins hockey," which despite popular perception does not mean hammering everyone who moves, but rather working the puck up the ice in tight, five-man units and playing a controlled two-way game.

"It is the makeup of our team," said Sutter, who won gold with a similar group in 2006. "We have to support each other.

"We can't be a spread-out team that's playing one zone and two zones ahead. We have to be coming out of zones together and using each other. When one guy has the puck, the other four have to be options and be available for plays. And we have to be smart when we're hitting the red line. We can't have turnovers."

The game against Germany is a chance to see flashy forward Leon Draisaitl, who is Morrissey's teammate in Prince Albert. Draisaitl is a projected top-10 pick in 2014.

They played against one another at the under-18 championship, and Morrissey said they have been joking about meeting again at the world juniors.

"He's got phenomenal vision. I think he plays like [Anze] Kopitar. He likes [Pavel] Datsyuk a lot. All I can say is he's an unreal player." 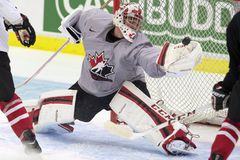 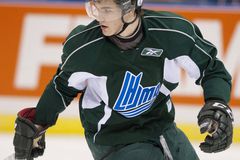 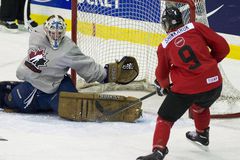 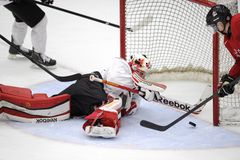 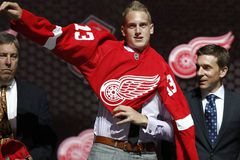 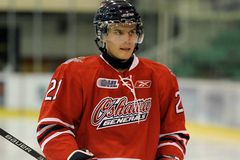 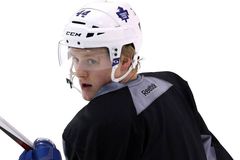