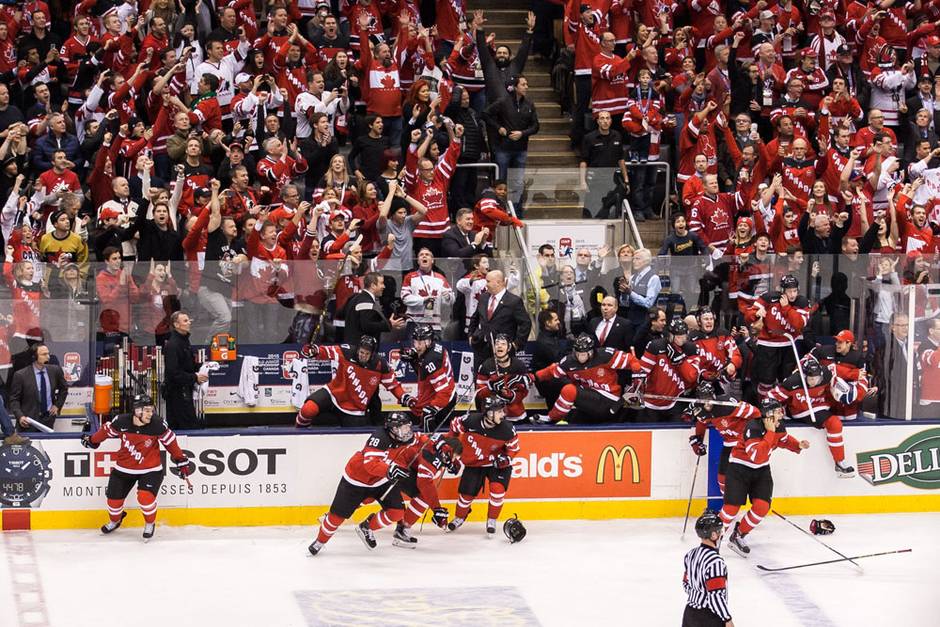 They were the best team since 2005

This 2015 squad has drawn comparisons to Team Canada of 2005, which went undefeated over the course of the championship. That team featured several future NHL stars – Sidney Crosby, Ryan Getzlaf, Corey Perry, Patrice Bergeron, Dion Phaneuf and Shea Weber, plus a half-dozen or so more are notable NHL regulars. This year’s team scored 39 goals in seven games while giving up nine goals. The team in 2005 scored 41 times over a six game span (they had a bye into the quarter-finals) and surrendered a paltry seven goals. Neither team trailed in any of their games. The 2005 gold-medal victory ended a string of seven years without a gold medal and proved to be the springboard for a run of five consecutive tournament titles. The 2015 victory ended a five-year gold medal drought.

How the hockey superpowers dominate

In the 39 years of the tournament, Canada has won a medal in 29 of them. Russia/USSR has won a medal in 33. Together, they account for 29 of the 39 gold medals. Rounding off the rest of the world, Sweden has won 17 medals, including two gold; Czechoslovakia (now Czech and Slovak republics) has won 16 medals, 11 as a single country and five since. The Czechs have won three medals, including two gold and Slovakia has won two bronze; Finland has won 13 medals (three gold), the U.S. has won eight medals (three gold). 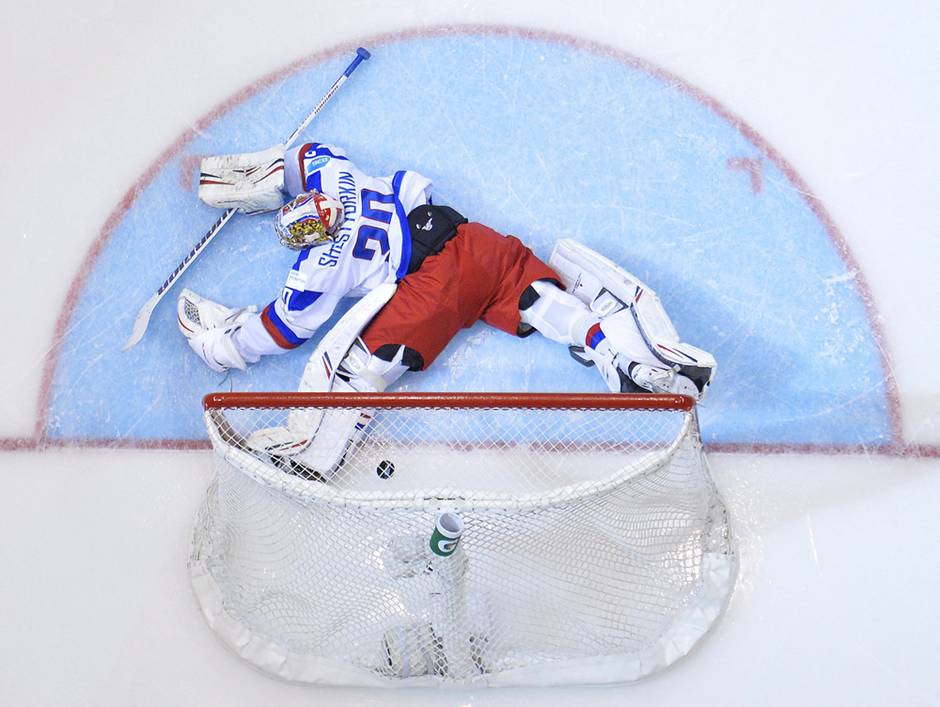 Russian starter Igor Shestyorkin was chased from the game after giving up two goals on the opening two shots of the game. But that was nothing new to anyone familiar with Russian coach Valeri Bragin. On two separate occasions in recent tournaments, he has yanked a goalie in order to force a momentum shift. In 2011, Bragin pulled starter Dmitri Shikin in favour of Igor Bobkov after the former gave up three goals in the first two periods. Russia then roared back with five unanswered goals to win the gold. The next year, Andrei Vasilevski and Russia were nursing a 6-1 lead midway through the semi-final’s third period when Canada stormed back to get within one, prompting Bragin to make a change and they held on to advance to the gold medal game. 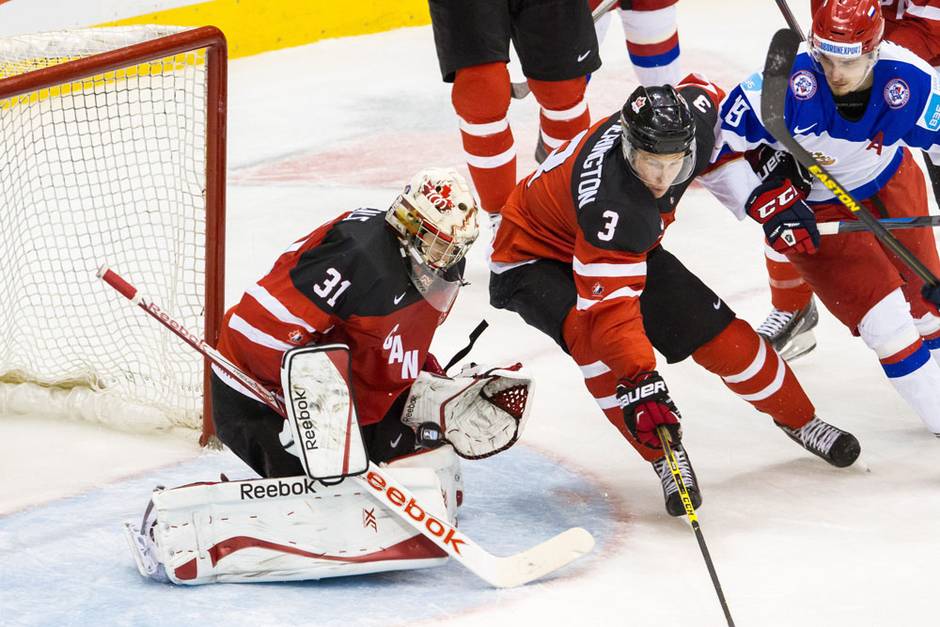 Zach Fucale finished with 26 saves, his two biggest coming with 12 and four seconds left as Russia played with the extra attacker. It was only the second time in five starts that Fucale saw more than 15 shots in a game. The only other time in the tournament he faced more was against Finland where he turned aside 27 of 28 shots. It was a triumphant turnaround of his performance in the 2014 tournament, when Canada was beaten 5-1 by Finland in the semifinals and finished without a medal. With Monday’s win, Fucale joins Jimmy Waite and Stephane Fiset with eight career victories by a Canadian netminder at the junior tournament. 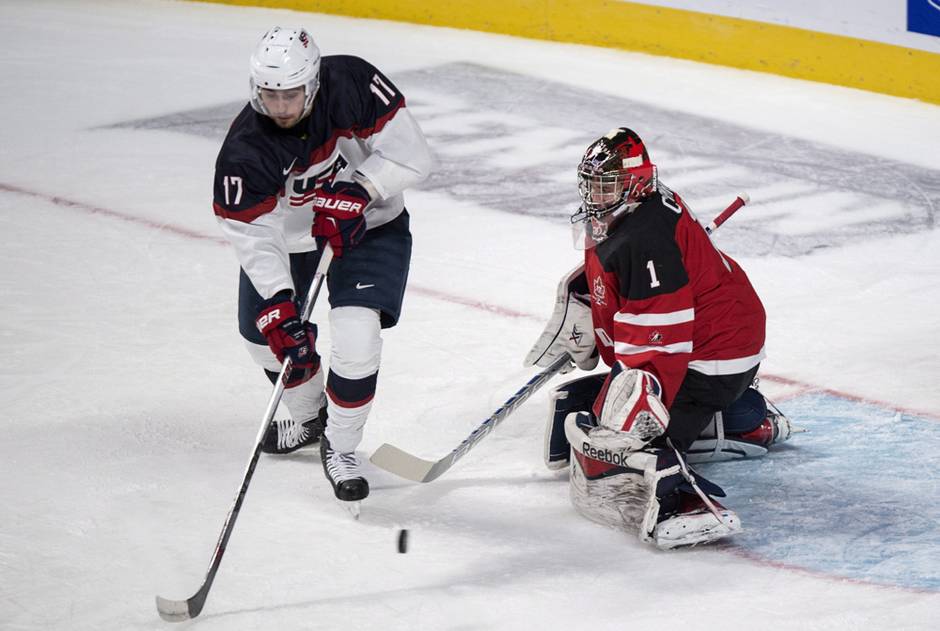 Keeping the puck out

Coming into Monday's final, Fucale and Eric Comrie had surrendered a total of five goals against. That put them in line for the fewest goals surrendered by a Canadian team on their way to a gold medal. On four previous occasions (2007, 2006, 2005, and 1996) when Canada gave up eight or fewer goals over the course of a tournament, they went on to win gold. The four goals surrendered against Russia made the final total nine for 2015, one more than the 1996 team gave up. 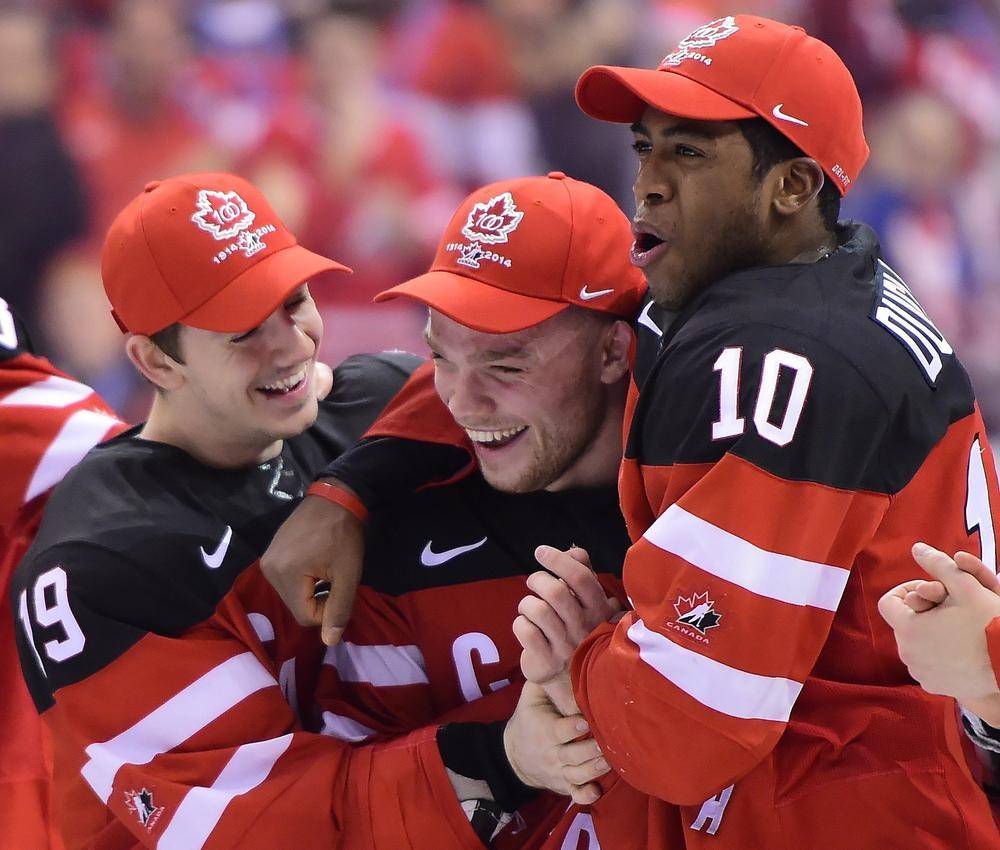 Canada's Max Domi is grabbed by teammates Nic Petan and Anthony Duclair after being named best forward of the tournament. (Canadian Press)

Hockey runs in the blood 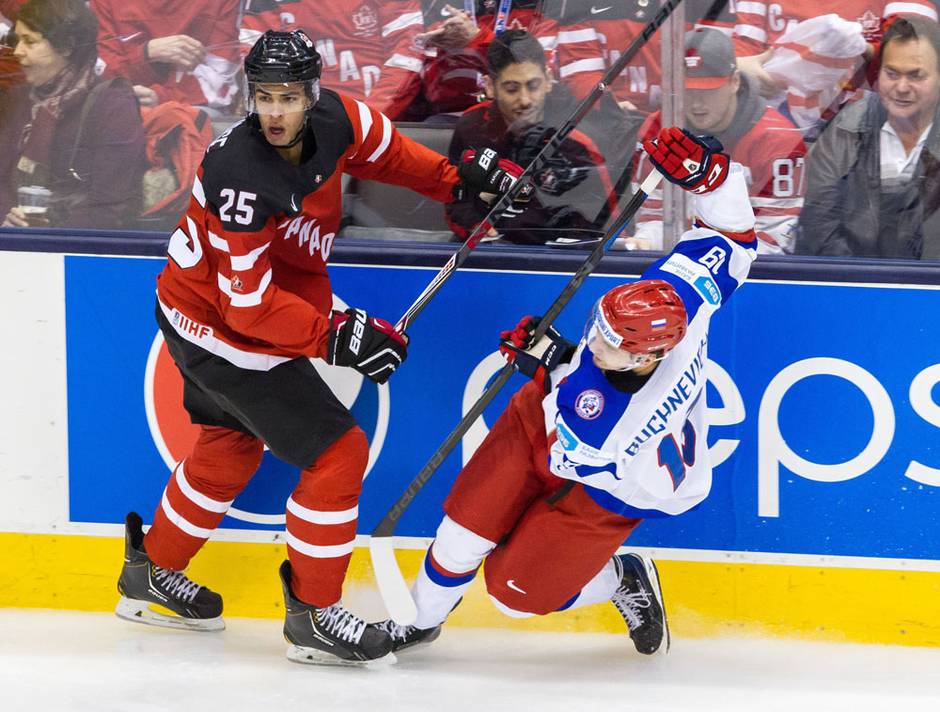 … and from the gridiron, too 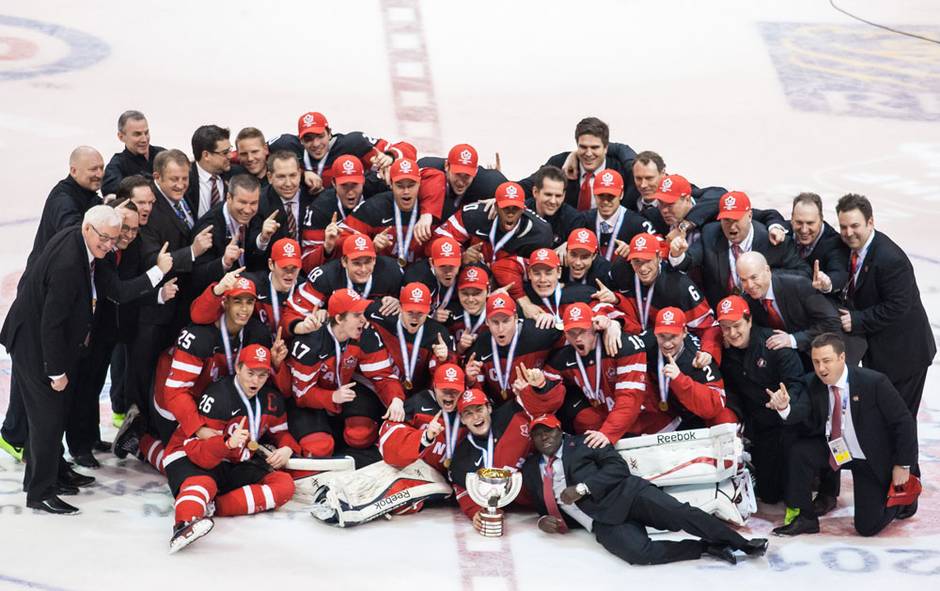 Tickets for the game at the Air Canada Centre in Toronto went for as much as $5,900 by Monday afternoon on StubHub.com, one of the most popular ticket resellers. The $5,900 seats were eight rows from the ice. Since the game was officially a sellout, there were no tickets available through the regular channels. The cheapest ticket on StubHub was $310, good for a spot on the upper balcony’s standing-room only.