But not in angst. In anticipation. There is great opportunity here.

Canada, a country so obsessed with a singular game that it puts hockey rather than God on its currency, owes a great debt to Brent Sutter, the most recent Canadian coach to come up short at the world junior championship.

There is no insulting Nike Inc. ad that says, "You don't win fourth, you lose bronze," but there may as well be given the manner in which some have accepted the reality that, for the second year in a row, the juniors failed to win a medal – and for the fifth year in a row they failed to win the gold medal far too many Canadians believe violates a United Nations decree that only countries that invent games can rule them.

Already far too much time and words have been wasted in search of why – none of which hold much water, let alone ice. It wasn't that the team was too young, too politically correct, too much in need of good players not selected or good goaltenders not grown; it was more that a very good team of Canadians played very well but not well enough.

It's hardly a time for summits, but a time to think about how and where this country can and will improve.

It is one thing to get wrapped up in goals against and power-play failures, areas that come with hard statistics, but it is quite another thing to look at those areas that defy statistics. One small example: the short pass and the very, very short pass.

While Canadian players, frustrated, valiantly turned more and more to trying to do it on their own, the Finns and Swedes beat opposition players by short, quick exchanges – some could be measured in centimetres – and strategic body position.

It is a developed skill, and it is done in a fashion that can be measured with the eye but not by paper: speed.

To Sutter's enormous credit, he didn't fall back on any of the ready-made excuses. The age argument – this was the second-youngest Canadian team ever put on the world junior stage – is "irrelevant," he said. He didn't blame big ice or officiating. In fact, he didn't point a single finger at anything that happened in Malmo, Sweden, but pointed, instead, directly back home to what is not happening in every local rink in the country.

"It's where we're at with the development state in our country," he told reporters.

"It's not about X's and O's and those types of things – it's about development and skills and skating. You see how some of these teams in Europe, how they've done a remarkable job with that, and it's something, I think, in our country we have to evaluate.

"There's too much focus on winning and losing at such a young age and not enough about the skill part of it and the skating part of it, because that's truly where it starts," he said. "I'd personally like to see more skill, more creativity, because we had to play against it here and we got beat by it some nights."

There is a North American attitude toward hockey practice that is simply bad. You can see it in the youngsters who don't want to get out of bed for the 6:00 a.m. ice time and you can even see it at virtually any NHL practice.

Once the coach's whistle blows long, most (but not all) North Americans head for the dressing room, while the Europeans tend to stay out – fooling about on the ice the way North American kids only do now on outdoor rinks.

No one, however, hates practice as much as the North American parent. Since they have to bring the child to the rink, they want a return on that investment of time. Games they can easily measure; progress, less so. Game conditions certainly teach survival, but only experiment and repetition create skill.

Parents are often, sadly, the main push behind tournaments – costly drives or even flights away – as, increasingly, they twist their child's minor hockey experience into their own life. Those who push back are often pushed away.

Sutter's statements, some will find surprising, fall very much in line with Hockey Canada's 2013 "long-term player development plan," which is only now being distributed throughout the provinces and organizations.

That document, five years in the making, calls for a far greater emphasis on practice and using other sports – no year-round hockey – to develop a "physical literacy" for life.

"Evidence would suggest," the document argues, "that the number of games played by youngsters in Canada slows the development of players."

The message is clear: Cut way down on games, de-emphasize wins and losses, get off the tournament carousel, make far better use of ice space, work on skills and speed – and make it fun.

Hockey Canada even offers a quote from Hall-of-Famer Aristotle: "We are what we repeatedly do. Excellence then, is not an act, but a habit."

Many at the junior tournament could not help but note that even the "ordinary" Swedes, Finns, Russians and Czechs appeared faster and smarter with the puck than did the Canadians, even if they did not have the natural skill level of the better Canadians.

But they also say that Canada is far from lost.

"There is still by far more kids and passion in your game than in most of Europe," says former NHL star Anders Hedberg, who many say played a role in getting Sweden back on track after it lost direction in hockey.

"I don't think Sweden has the answers. A copy of somebody else is always a copy – and not the quality of the original."

The original is there to be had again. Sutter carries the necessary "street" cred as a tough, successful former NHL coach and player, to get that message across.

This is not, after all, about what does or does not hang around the neck.

It's about what does or does not happen when Canadian kids are hanging about the rink.

The one place on earth they most want to be. 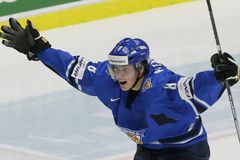 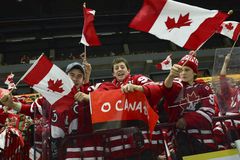 Canada loses to Finland in world junior semi-final, will play Russia for bronze
May 11, 2018 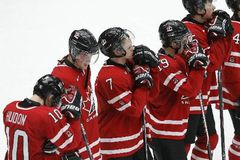 Five things to watch in Canada’s world junior semi-final
May 11, 2018 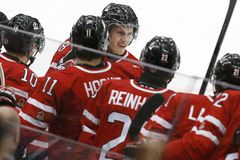 Canada defeats United States at World Juniors to claim first place in Group A
May 11, 2018 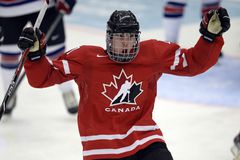