As expected, it has been a tough start for the 2015-16 Toronto Maple Leafs.

They have only three wins after 15 games and, even at this early stage, they could be out of the playoff picture. Despite new coach Mike Babcock's efforts, they've had problems with goaltending, scoring and special teams.

Playing in relative obscurity a few minutes from the Air Canada Centre, the Toronto Marlies look like everything the current Leafs are not.

They have scored nearly four goals a game – leading the American Hockey League with 51 – and have one of the best records so far (10-3-0). They have the AHL's highest-scoring young player (19-year-old William Nylander), the top-scoring defenceman (T.J. Brennan) and a promising young netminder (Garret Sparks).

And they are doing it all while serving as a sort of organizational science experiment that's being led by Maple Leafs assistant general manager Kyle Dubas.

The Marlies, you see, don't have a well-balanced roster. The players are almost all young. Almost all are under 200 pounds. And they are almost all quick, puck-moving types who excel in and execute Babcock's system, albeit in a league down from the NHL.

So far, it's worked as well as the Leafs could have hoped – they haven't been pushed around the rink too many nights.

"You always worry," Dubas said. "You never want your players in a situation where they would be bullied or intimidated or physically manhandled. You never really know until you go through it. They've kind of answered the question that people had about them."

The AHL has always been a developmental league, but likely never to the extent the Leafs are attempting this season. The Marlies average age is a hair past 23, and a huge portion of the roster is barely out of junior hockey.

Brennan, 26, said he tries to ignore it when teammates marvel at how "old" the few veterans are.

"I mean, that's crazy," Brennan said. "I definitely don't feel old. But I guess for the average, I'm toward the back end on this team."

Marlies coach Sheldon Keefe has been tasked with moulding his young roster into a coherent mix, even as he learns a new league himself.

The Leafs hired Keefe away from the Sault Ste. Marie Greyhounds this past summer; he and Dubas (then the Greyhounds' GM) attempted a similar experiment by turning the OHL club's roster over wholly to youth, skill and a puck-possession style of play.

After intense initial criticism that the team would be too soft to succeed in the OHL, the Greyhounds ultimately went 98-29-9 in Keefe's final two seasons behind the bench, validating their methods.

"Going through it in the Soo was a good education for now with the Marlies," Dubas said, adding that the concerns in the AHL are amplified given the age and size differences.

But the other key difference this time around has been Babcock. After shepherding the Leafs young prospects through a gruelling training camp, he has kept a close watch on them in the AHL, going so far as to touch base with Keefe after almost every game.

The two teams are attempting to play an identical system throughout the year so that, as players are sent back and forth, the transition will be as seamless as possible despite the switch in linemates and leagues.

Next season, the hope is that when some of the young Marlies graduate to the NHL, they'll bring that institutional knowledge of where to be and how to play.

Two or three years down the road, the Marlies progress – in theory – translates into Maple Leafs success.

"Mike's been outstanding in terms of helping me to do my job here," Keefe said. "To hear [the system] from him first-hand, and then be on the ice [in training camp] while he teaches it, it has really helped us teach it and execute it."

"It's just one message to both teams," Brennan said. "Having someone like Mike come in and tell us all what he wants, and be very confident and understanding and passionate about what he's saying, you have no other option but to believe and follow him.

"If not, you're going to be very noticeably outside what we're doing."

The Marlies early success story has been Nylander's switch to centre, where he's produced 14 points in 12 games while being challenged to take on more defensive duties.

But Dubas and Keefe are also encouraged by enormous strides taken by others such as Frederik Gauthier, Nikita Soshnikov and Justin Holl, who are outperforming expectations early.

For an organization that's as talent-thin as the Leafs, developing less heralded prospects into unexpected NHLers may end up being just as important as hitting on the high picks such as Nylander.

"We're trying to look everywhere, make sure we're not missing anybody. We realize we really have a long way to go to catch the teams we're trying to chase. So we can't limit ourselves to only looking at the draft or only looking at college free-agents, where everybody's looking. We need to get outside of where maybe we've been boxed in before, and look at different leagues and different places and find players who fit our system and the way we want to play under Mike. Then try to bring out [the best of] whatever's there." 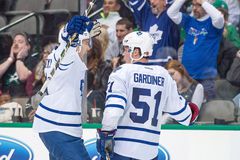 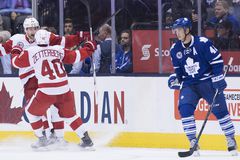 Mirtle: Why Nazem Kadri’s scoring struggles are only temporary
November 5, 2015 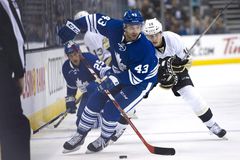 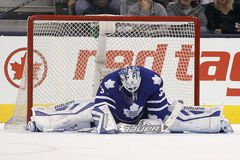