Bruce Dowbiggin posts his perspective on the world of sports each morning.

You can always tell when they're making progress in the NHL labour negotiations. People stop talking. If it gets any quieter out there, we might actually have hockey back in a couple of weeks. As we've seen, not much good comes from loose lips in the NHL.

Remember how saying the word Beetlejuice three times unleashed Michael Keaton's manic character upon the world in Tim Burton's classic 1988 movie? Remember how Sylvia Sidney's character continually warned against summoning the unpredictable Beetlejuice from his lair? And remember how the hapless characters called on him anyhow?

Last Friday's NHL cancellation of the 2013 Winter Classic reminded us of how the NHL Players Association repeated the word Beetlejuice in 2009. Okay, they said Don Fehr, but the effect has been the same.

At that crucial moment in August of 2009, militants such as Andrew Ference, Eric Lindros and their advisor Ian Penny had decided that their current boss Paul Kelly was being too cozy with the NHL. There were widespread complaints that Kelly had gone to NHL Board meetings and was being seduced by the evil Dr. Bettman. Why, he went to one of the meetings unaccompanied in an attempt to show that it was a new day at the NHLPA. As a non-hockey guy he wasn't tough enough.

Didn't he know that getting revenge for the failure of the 2004-'05 lockout was the paramount goal for the NHLPA? Kelly was a lawyer, they said, and incapable of understanding hockey players (even though he's done them the great favour of putting their previous executive director Alan Eagleson in jail).

So, they slit his throat one August night in a Chicago airport hotel, darkly suggesting improprieties that never surfaced.

It was in that clandestine moment that, with the connivance of members of the NHLPA advisory board such as Buzz Hargrove and Ron Pink, the players whispered the name Don Fehr three times. Oh, did we mention that Fehr had been "advising" the militants all along? Much like Beetlejuice tells the Maitlands (Alec Baldwin and Geena Davis) that he can exorcise their demons, Fehr hinted that his more militant approach was needed to halt Bettman Now, we have great respect for what Fehr did in Major League Baseball. His pyrrhic victory campaign disabused MLB owners of ever launching another labour strife. After a long convalescence, the business of MLB is better for his willingness to fight. But the past does not predict the future. And the NHL is not MLB.

Hockey, particularly in America, does not have the margin for error that MLB or the NFL have. This NHL collective bargaining session, following two destructive lockouts in 1996/ 2004, was a time for building bridges, not rancour. Yes, the core ownership group of the NHL is militant in extremis . Gary Bettman's kitchen cabinet would rather fight than switch to a more conciliatory style. They get off on their intransigence.

The easy route for players was to double down for a fight. Kelly disagreed. He felt a conciliatory style could reap more benefits than another session of going to the mattresses. He was mocked and then fired by players who wouldn't let go of the past grievances.

But ask yourself today, how much worse would a Kelly CBA have been than what Fehr's CBA is going to achieve – after the loss of hundreds of millions of dollars already? Given two years of developing a relationship between the NHLPA and NHL would the league have issued the scorched-earth CBA proposal it trotted out in July?

But the rebels instead summoned Beetlejuice in the person of Donald Fehr. And that's where we stand today, locked in a pointless battle on getting to a conclusion both sides agree on already.

Would love to have been at the NHL strategy session earlier this year where they game-planned this CBA negotiation.

Bettman: "So, then, after driving the negotiations into the ditch by petulantly refusing to negotiate off anything but our own proposal and making Don Fehr look vaguely sympathetic, we'll cancel the Winter Classic, the one promotion that has put us on the map in the U.S. sports calendar. Everybody on board? Okay. One, two, three... break!"

Riddle us this. General manager Eric Tillman gets the Edmonton Eskimos into the playoffs but gets fired. Joe Mack leads the Winnipeg Blue Bombers into a dumpster fire and gets another year to weave his magic. What are we missing?

Lately it seems more important that you be an Edmonton guy than a winner in the Alberta capital. If the local gods don't deem you Edmonton enough, you haven't got a chance. Tillman made mistakes (trading Ricky Ray for a bag of donuts). Still, Edmonton has a playoff chance at the Grey Cup.

Maybe Tillman needed to consult Kevin Lowe on how to finish last for consecutive years yet have a secure job.

Even some owners don’t like what’s under the cap in NHL labour dispute
November 4, 2012 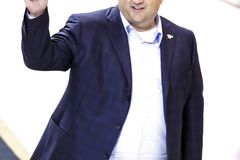 Seeds of the lockout sown seven years ago and for that, both sides are to blame
November 1, 2012 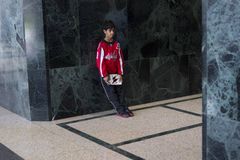 Dowbiggin: Time for Bettman to walk away
October 23, 2012 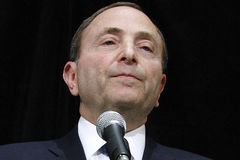