It was a Stanley Cup party that had surprisingly little to do with hockey.

Held at the posh Forest Hill mansion of entrepreneur Michael Kimel, Phil Kessel's night with Lord Stanley's silverware last week was a well-organized to-do, with valet parking and a heavy security presence at the front door.

What the Pittsburgh Penguins star's celebration didn't have was many fellow players. No current members of the Toronto Maple Leafs were present, and former captain Dion Phaneuf – who flew in for the celebration from his off-season home in Prince Edward Island – was the only former teammate.

A rowdy P.K. Subban, meanwhile, showed up hooting and hollering at around midnight, still wearing a cowboy hat from his introductory press conference in Nashville that afternoon.

But that was it, in terms of NHL star power.

According to those who attended, Kessel wanted his Stanley Cup party to be a thank you to the other friends he made in Toronto, many of them from the hospitality industry. He was a regular at some of the higher-end restaurants in the downtown, and it was there that he first met many close friends during his six years playing for the Leafs.

MIRTLE: What other teams can learn from the Penguins' Cup win

"A lot of people were there really just to hang out with him and catch up, and have that excitement again," said Steven Salm, president of Chase Hospitality Group, which hosted Kessel's Stanley Cup lunch at The Chase restaurant on the afternoon of July 18 and then catered the party at Kimel's home that night. "It was something that was so missed in Toronto. We always served as a great kind of creative outlet for him: A place to hang out and enjoy great atmosphere and good food. We got to know his dining habits and favourite likes and dislikes."

Kessel, 28, had a difficult exit from Toronto in the summer of 2015. The team won only 11 of their final 51 games in his last season as a Leaf, and management made it clear they viewed him as part of the problem. A hastily arranged trade for picks and prospects sent him to Pittsburgh last July.

There, behind superstars Sidney Crosby and Evgeni Malkin, Kessel became less of a focal point but still a key contributor to the franchise's fourth Stanley Cup victory, scoring 22 points in 24 playoff games.

All along the way, Kessel kept his ties to Toronto. His girlfriend, Sandra, is a local, and friends such as Kimel and Salm were frequent guests in Pittsburgh for Penguins games.

So when it came time to decide where he would celebrate winning his first championship, Kessel's top choice was always Toronto – especially after friends flooded his phone with text messages urging him to come.

It was a decision that drew headlines in the city for days, with some interpreting it as Kessel flaunting the Stanley Cup in front of win-starved Leafs fans. How many players, after all, bring the Cup back to where they used to play?

But friends argue that wasn't the motivation.

"Phil's not the type of person to bring the Cup to Toronto out of spite," said Wojtek Wolski, a former NHLer who became close with Kessel during summer workouts in Toronto and who was at the Cup party. "He brought it because his friends live here. His family came to Toronto to celebrate. It made a lot of sense."

"He did this for the people who were good to him while he was here," said another friend, who asked not to be named. "He likes how regular Joes treated him around here. He's a people guy."

Salm has had the opportunity to cater to plenty of pro athletes in Toronto after starting his career with Maple Leaf Sports and Entertainment's upscale E11even restaurant in 2010. He said Kessel stood out for being down to earth and willing to mingle with everyone, calling him "humble and kind."

That was on display during Kessel's day with the Cup at another location, too, as he spent some of the time at Sick Kids hospital taking pictures with the patients and the trophy.

"He cares so much about how other people feel," Salm said. "It was really cool."

Those who attended Kessel's Cup party don't expect it will be the last they see of him in Toronto. While he grew up in Wisconsin and typically summers in Florida, he has talked a lot about buying a home and settling in the city, when the time comes.

His tenure with the Leafs may have ended poorly, but Kessel's connection with Toronto has not. And if the Penguins keep winning, last week may not be the last time he brings the Stanley Cup to town as a thank you to the people he met here.

Crosby visits Tim Hortons in Cole Harbour with Stanley Cup in tow
May 16, 2018 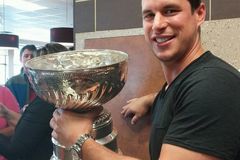 Johansson inks three-year deal with Capitals before arbitration hearing
May 16, 2018 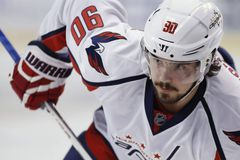 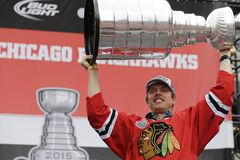