Female and younger athletes show more symptoms of a concussion, and take longer to recover from its effects, a U.S. study has found.

The research, out of Michigan State University, suggests that physicians and athletic trainers should now take both age and sex into account when dealing with an athlete who has suffered a brain injury.

Ian Dawe, physician-in-chief at Ontario Shores Centre for Mental Health Sciences, in Whitby, Ont., said the study findings concur with what he and other Canadian experts in concussion and traumatic brain injury are seeing.

"Women tend to have a higher mortality rate following a severe traumatic brain injury than men," Dawe said Friday. "Outcomes do seem worse and recovery seems to be longer from those severe injuries. It wouldn't be a stretch to look at concussions and see a similar pattern."

Other studies, which have included hockey players, have also shown an apparent increased risk in females.

"Studies have also shown that younger athletes may be at higher risk and take longer to recover," he added. "But other [studies]have concluded that adolescents are actually more vulnerable. In any event, the developing brain of pediatric athletes makes them different than adults. Therefore, the evaluation and treatment of concussions should be individualized."

Stuart has four children who have all played hockey. Sons Mark and Colin are in the NHL with the Winnipeg Jets and Buffalo Sabres, respectively, while daughter Cristin played for Boston College.

The Michigan State University research has been published in the latest issue of The American Journal of Sports Medicine and concludes that age and sex have an impact on the recovery of those who have suffered from a concussion.

"We need to raise awareness that, yes, female athletes do get concussions," Covassion was quoted in ScienceDaily, a leading science, technology and medical online magazine. "Too often, when we speak with parents and coaches, they overlook the fact that in comparable sports, females are concussed more than males."

According to U.S. federal statistics, between 2001 and 2005 more than 150,000 sport-related concussions occurred among youth ages 14 to 19. The actual number is probably much higher as the statistic pertains only to those people who sought hospital treatment for their accident.

In Canada, the actual number of people who have sustained concussions is a matter of conjecture because the provinces have different reporting guidelines when it comes to head injuries.

Dawe said that in Canada last year, about 180,000 people suffered some sort of traumatic brain injury. Of that, he said, between 50 to 60 per cent were concussions.

He said there is a lot of debate among researchers over why women have a tougher time than men when recovering from a brain injury.

"We actually do know that women's brains have a greater rate of blood flow within them," Dawe said, which could be why women exhibit a more prolonged cognitive impairment than men following a brain injury or concussion.

"I would never go on record as saying that we would never want girls to play athletics," Dawe said. "I think more research is needed to truly understand these biological vulnerabilities and what we need to do to make it safer for people to participate in sport." 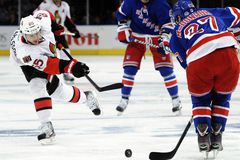 Alex Burrows returns to Canadian lineup at worlds
May 1, 2018 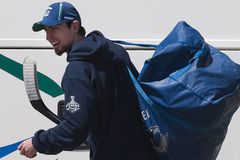 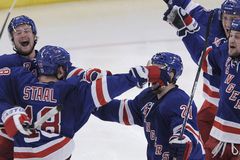