Left with little choice after the withdrawal of three contenders, the International Olympic Committee retained the three remaining cities Monday in the troubled race for the 2022 Winter Games.

Almaty, Kazakhstan; Beijing, and Oslo made the list of finalists, as had been expected.

The IOC executive board approved all three as official candidate cities, sending them through to the final stage of the campaign, rather than cut the decimated field any further.

The cities must submit their detailed bid files to the IOC by next January. The host city will then be selected by the full IOC membership in Kuala Lumpur, Malaysia, on July 31, 2015.

Addressing concerns that the Olympics have become too expensive, Bach said the IOC will contribute about $750-million to the host city and expressed confidence that local organizers will break even or make a profit on their operational budget. He cited a projected $200-million surplus for Russian organizers from February's Winter Olympics in Sochi.

Potential host cities, especially in Western Europe, are increasingly wary about the financial costs of holding the games. Many have been scared off by the $51-billion price tag associated with the Sochi Games, even though Russia spent much of that record sum on long-term infrastructure projects for the entire region.

"We want to encourage sustainability and the feasibility of the organization of the Olympic Games," Bach said.

The 2022 bid race began with six cities, but has been cut in half by the withdrawals of Stockholm; Krakow, Poland; and Lviv, Ukraine.

Lviv dropped out a week ago amid the continuing political turmoil in Ukraine. Krakow pulled out in May after Polish voters rejected the bid by a 70 per cent margin. Stockholm withdrew in January after Swedish politicians refused to give the bid financial backing.

In addition, potential bids from Switzerland and Germany were abandoned before the official campaign began when voters said no in referendums.

Even though Oslo – which hosted the 1952 Winter Games – made the final cut Monday, its candidacy remains uncertain. The Norwegian government has yet to back the project and won't make a decision until the autumn, probably in November. Polls have shown that more than half the population opposes the bid.

"It wasn't very surprising but is confirmation that our application is strong," Oslo Mayor Stian Berger Roesland said after the IOC announcement. "Should Parliament and the government decide (to support the bid) we have a historic opportunity to be awarded the games after so many strong cities have withdrawn."

Beijing, which hosted the 2008 Summer Olympics, is bidding to become the first city to host both the summer and winter games. The Chinese capital proposes holding alpine events 120 miles (190 kilometres) away in the city of Zhangjiakou.

With Pyeongchang, South Korea, hosting the 2018 Winter Games and Tokyo the 2020 Summer Olympics, however, the IOC would normally be reluctant to send the games to East Asia for a third consecutive time.

Almaty, the commercial capital of the former Soviet republic of Kazakhstan in Central Asia, hosted the 2011 Asian Games and will host the Winter University Games in 2017.

The 2022 race poses a serious challenge for the IOC and Bach to find cities willing to host the games.

Changes to the bidding process and efforts to reduce the cost of the games are among the key issues being addressed by the IOC as part of Bach's "Agenda 2020," his roadmap for the future of the Olympic movement that will be voted on in December.

Some of the key facts and figures from the IOC's working group report on the three bids:

Public support: Bid committee poll from January 2014: 95 per cent in China, 92 per cent in Beijing. IOC poll in Beijing and greater area: 77 per cent.

Days of over-the-top Olympics appear to be numbered
June 3, 2014 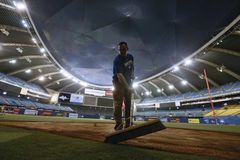 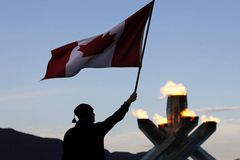