After her dream of competing at the 2012 Summer Olympics died, a bitterly disappointed Ariane Fortin had no reason to show up at the boxing gym. But she channelled the pain and kept training anyway.

Female boxers will compete at the Commonwealth Games for the first time next week, but instead of Mary Spencer, whose celebrity swelled before the 2012 Olympics, her archrival Fortin will represent Canada in Glasgow.

The once-close Canadian teammates had both been world champions in different weight classes, but had to put their friendship on hold to compete for Canada's lone Olympic spot in the 75-kilogram class when women's boxing debuted at the London Games in just three classes.

Spencer beat out Fortin to grab the historic spot on the 2012 team, but Fortin defeated Spencer twice in the past year to take the Canadian title and earn the spot to fight in Scotland.

"It made me so much hungrier, and I appreciate every single fight so much more," the 30-year-old Fortin said. "Those years of training with not much reward have made me a better boxer. I have new tools in my toolbox."

The intriguing friend-to-foe rivalry with Spencer was the subject of a 2013 documentary called Last Woman Standing. The two had been on the national team together since 2004 – Spencer in the 66-kg class and Fortin in the 70-kg class – up until news came in 2009 that women's boxing would debut in London, but in only three classes: 51-, 60- and 75-kg.

They used to travel and room together on the road, taking countless photos and home videos, many of which showed the two friends celebrating their world titles together. The two women shared an understanding of what it's like to be in the ring, and knew one another's training secrets.

When they faced one another at the 2012 Canadian women's boxing championships to determine who would go in London, Spencer won 18-12 on the strength of a third round, during which she went from trailing by one point to leading by six. Dejected, Fortin left the arena that night as photographers and reporters were still swirling around Spencer.

Some criticized the judging, and pondered whether Spencer had been pre-chosen for the Olympic spot. Fortin challenged the decision, but Boxing Canada denied the appeal. She launched a bid to fight for Lebanon in London, but that ultimately failed.

Spencer got the glory and renown – fashion shoots, a makeup deal with Covergirl, constant interviews, her face on Canadian Olympic billboards across the country. As all of that swirled, it was tough for Fortin to find the motivation to keep training.

"That Olympic year, Ariane was so sad, so down, but even though she didn't feel like coming to the gym, she kept showing up," said Fortin's coach, Mike Moffa. "Missing the Olympics was devastating. She wanted to turn pro, and I said 'no, don't do it. Let's keep working harder, and I promise we will beat her.'"

Many considered Spencer to be a contender for gold in London, especially since she was a three-time world champion and five-time Pan American Games gold medalist. But she lost her opening bout in London to China's Li Jinzi.

"I watched Mary's fight on TV, but I didn't follow the boxing too much. Honestly, it was too hard," Fortin said. "But I had all the fights recorded in the 75-k division and, much later, I sat down and watched them all in one sitting. It was a lot of emotion to watch it all, but I kept thinking: 'I belong there, those are my people, I know those fighters, and that's my world.'"

Fortin chose to keep fighting for Canada and gun for the 2016 Olympics. She was, after all, a world champion in 2006 and 2008. She beat Spencer at the nationals last October in Regina, but had to beat her twice to seize her spot on the national team, which she did at the box-off in November in Quebec City.

"Ariane has gotten better, but she's also found a way to beat Mary Spencer, mentally, physically, strategically," Moffa said. "We studied her a lot and really found what it took to beat Mary Spencer, and I don't think she'll be beating Ariane again. I think Ariane is way stronger mentally than Mary. After what Ariane went through, it took real heart and dedication to come back and beat Mary."

A change in the scoring system since the 2012 Games rewards active boxers, and Fortin has thrived under it. She's a southpaw who likes to throw a lot of punches and can dominate her competitors inside.

Boxing Canada is sending five men and two women to the Commonwealth Games. Mandy Bujold of Kitchener, Ont., is the other woman, a six-time Canadian champion in the 51-kg weight class who was a gold medalist at the 2011 Pan Am Games.

The Commonwealth is home to some top contenders in the 75-kg weight class, including 2012 world champion Savannah Marshall from Britain.

"My goal is a gold medal, definitely," said Fortin, whose first bout in Glasgow is expected to be July 29. "I don't want to put pressure on myself, but that's realistic for me. I will be disappointed if I don't win gold."

The battle to seize Canada's spot at the 2016 Summer Games in Rio de Janeiro will resume after that. A Canadian champion will have to be crowned again that year, and then that boxer will have to fight for an Olympic berth at the world championships. A new chapter of the Spencer-Fortin rivalry will likely unfurl.

"There has always been a lot of respect between us, but you can't be friends with your rival, and we're still rivals," Fortin said. "Yes, I beat her, but I don't underestimate her. I'll have to face her at nationals in the future. We've remained very respectful of each other through all of this. We're so used to being rivals now. There's only one spot in Rio." 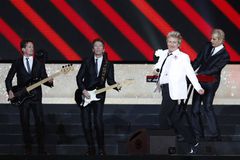 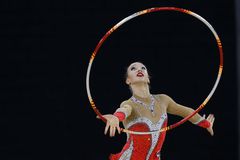 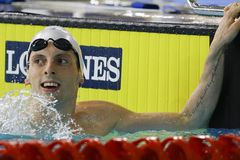 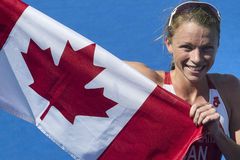