In the aftermath of the death of 20-year-old driver Kevin Ward Jr. in a minor-league sprint car race on Saturday night, there was an immediate deluge of witness accounts.

These were carefully told and carefully reported. We had not yet passed over to an assessment of motivations.

By morning, a high-quality amateur video had emerged.

In it, we see Ward's car clipped on a turn by the one driven by Tony Stewart, a three-time NASCAR champion and compulsive competitor renowned for entering any race he can find, no matter how bush league.

Ward's tire is blown in the collision and comes to rest at the edge of the track. He leaps from the car, already raging. He's a young man. This is how young men react.

As the course is put under caution, Ward begins to walk along the length of the track, looking for Stewart as he comes round. He retreats for one car, then spots Stewart. He's pointing and edging into the middle of the road. It's dark. He's dressed almost entirely in black.

One car passes, avoiding Ward. Stewart is perhaps fifty feet behind, travelling at about 70 kph.

As he drives by, the sound of a revved engine is heard. Stewart's car fishtails slightly – sprint cars are designed to drift under even light acceleration. The rear end of Stewart's car catches Ward. He's dragged under the right, rear tire for a horrible instant, then thrown back out onto the road. He was dead on the spot, and declared so later in hospital.

The video changes the calculus of judgment. After one viewing, we've passed from "What happened?" to "Who's to blame?"

That is dangerous territory to inhabit.

Stewart was interviewed by police on the scene and released. Authorities have been at pains to point out that, at this point, this is an investigation of an on-track accident. There is no criminal probe under way, though that could still follow.

By morning, it was announced that he would still take part in the race. Suddenly, the knives were out. The combination of a video and a bad decision had now rendered Stewart's motivations suspect. He looked heartless, and that heartlessness now extended backward in time.

Soberly, you can see why he might've wanted to go ahead. After a profound shock, many of us will cling to routine. Life has changed, but we want badly for it to remain normal. Right now, your judgment of Tony Stewart probably depends on how charitable you tend to be in your assessments of other people's thought processes. Very few of us are capable of much charity from a distance, and less so after we've seen a man killed on camera.

In the late morning, Stewart reversed his decision. Someone had talked sense to him.

What will now follow is days of debate about what Tony Stewart was thinking as he rounded Turn 2 at the Canandaigua Motorsports Park. Was he angry? Did he see Ward standing there, pointing, and think, 'I'm going to put a scare into this kid'?

Many have already begun combing back through Stewart's history. In a sport infamous for showy, macho outbursts, the 43-year-old Stewart is conspicuously infamous for on-track meltdowns.

In his book, On Killing, psychologist and U.S. Army Ranger Colonel Dave Grossman points out that, through history, very few professional soldiers have been willing to kill their enemy. In modern times, they've been conditioned to do so.

Out in the real world, a person who can get up close to another person and kill them easily is a rare thing.

While we are judging quickly – one way or the other – because we have seen something disturbing, the real business of investigation will be happening slowly.

That's the most important thing that will happen here – allowing experts to examine the facts of the case beyond the tight boundaries of emotion. Video is simple and reductive. I'll leave the finer points – the points that really matter – to people who understand through experience how race-car driving works. A man is dead. His family deserves a thorough accounting of how and why that happened, done by professionals.

The second most important thing is accepting that, sometimes, terrible things happen. People get angry and do foolish things, like walking out onto a racetrack. People panic. They make small, fatal mistakes. Who knows? Sometimes, we never will.

Video captures events. It doesn't reveal what anyone was thinking as they happened. As such, it provides an aspect of the truth, but not the whole of it. Nothing can do that.

Bad things happen, and there may never be any reasoning out exactly why.

There may yet be blame to be apportioned here, but we ought always to remember that bedrock fact of life as we wander into someone else's tragedy. 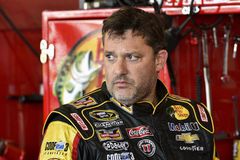