On a hillside on Whistler Mountain, after the 2010 Olympics, Canadian ski coaches were trying to make the best of an embarrassing situation.

The men's and women's teams had finished their home Olympics without a medal. They'd been shut out in Turin, Italy in 2006.

"Could have, should have, would have," Alpine Canada's chief athletics officer of the day Max Gartner said, taking blame for Canada's shortfall. "In the end, your performance is evaluated on these races."

Canada set a record in the overall gold medal count at the 2010 Olympics, but there were big gaps in performance – notably European-dominated sports such as cross-country skiing and luge – and now alpine skiing was part of the mix.

Erin Mielzynski of Guelph, Ont., became the first Canadian woman in 41 years to win a World Cup slalom race and finished "screaming" because she understood the magnitude of the win.

She and other members of the Canadian women's alpine team had watched forlornly the revival of the men's side as Jan Hudec of Calgary, Erik Guay of Mont-Tremblant, Que., and Ben Thomsen of Invermere, B.C., a relative newcomer, had been on World Cup podiums four weeks in a row in February; and on one day at Chamonix, France, they finished first, third and fifth in a World Cup downhill. It's the sort of domination that's been the hallmark of Austrian skiing. Thomsen would go on to win a silver in the Sochi downhill, an Olympics test event.

These were accomplished without the presence of the injured Kelly VanderBeek on the women's side and Manuel Osborne-Paradis and former world champ John Kucera on the men's.

"It takes a long time to build a winning program and to get people to win," Gartner, now AC's president, said in an interview.

"We got hammered at the Olympics. Vancouver may have been too early. But Sport Canada kept up the support of sports.

"It's finicky. We have to get the next generation in the pipeline, but at least now the young athletes can see the success of teammates. At the past three world championships, we had a second and two firsts."

Canadian men enjoyed a historic World Cup season, with an unprecedented 15 medals. Kershaw was the most successful male skier in Canadian history, finishing second overall in World Cup final. It was the highest finish a Canadian male has had and he thinks it's possible for a Canadian to reach the Olympic podium – be it him, Harvey, Len Valjas of Toronto or Ivan Babikov of Canmore, Alta. The women's side, once stronger than the men's, has been rebuilding but Chandra Crawford hit the international podiums with a silver and a bronze medal. Crawford also teamed up with Perianne Jones to win a bronze medal in a World Cup team sprint race.

In luge Alex Gough was fifth in the women's overall World Cup standings and was the most-accomplished luge slider in the history of the Canadian program. She became the first Canadian to win on Calgary's home ice and Gough also took two World Cups bronze medals. She was on Canada's relay squad that one a gold in Igls, Austria, silver in Whistler and a bronze at the world championships in Altenberg, Germany.

Ken Read, director of Winter Sport for Own said keeping sport funding and patience were the keys to success.

"Those funds have made sure we could maintain the programs that have produced the kind of results we're seeing," Read said. "We were also able to keep the coaches and technical leadership in place – we're not losing coaches because we can't afford to keep them.

"The second thing that stands out for us is that, in some cases a five-year development plan is not enough ... that's where the sustained investment over time has started to bear fruit. Cross country and luge are two prime examples of that now." 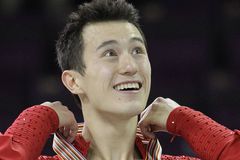