The Davis Cup was first staged at the dawn of the 20th century in Boston, the year 1900, the United States taking on a squad then-named the British Isles.

In the 11-plus decades since, Canada has not even been a footnote, never mind a contender – and this weekend in Vancouver, the country competes for just the fourth time among the elite countries of global tennis.

Yet, this time, Canada has an alluring chance to pull off a big-time upset. Spain – which has won three of the last five Davis Cups, and lost in the final last year – arrives in Vancouver depleted, missing of all of its best players, starting with Rafael Nadal and his star-crossed knees.

Spain, make no mistake, still has the superior side, but Canada has the makings to surprise, led by 22-year-old Milos Raonic and 40-year-old veteran Daniel Nestor, and underpinned by home-court advantage, a raucous crowd in the stands and a zippy hard-court surface that ill-suits Spaniards far better suited to clay.

On Tuesday, at a short press conference at the venue at University of British Columbia, the Spanish captain was humble but quietly confident.

"Canada," Alex Corretja said, "is one of the toughest opponents we can face, especially in the first round."

He added it was a "shame" to play Canada, on the road, in the first round of Davis Cup – but hardly was quaking, even with Spain's B team. "Many countries would love to have this team that I have right now. That's why I feel very pleased."

Spain's weakness, without its stars, is the lack of an ace singles player, the expected absence of Nadal (the world No. 5) and David Ferrer (No. 4) compounded by the late dropout of Nicolas Almagro (injured and No. 11 in the world).

"Their depleted team is still excellent. It's scary how good they are – but we've come such a long way," said Grant Connell, the retired Canadian player who won one of three matches against Sweden in 1992, when Canada first reached the Davis Cup world group.

"Davis Cup is a funky sort of event," he said Tuesday. "It all depends what happens with your top player. Davis Cup can bring out some really wacky play, you either rise to it or you don't."

If Canada can conjure the unlikely, Raonic must win both his singles matches.

The draw is decided Thursday. On Friday, Raonic – who pulled out due to minor injury a year ago in Vancouver during a loss to France – will plays singles, with another singles match Sunday.

Seating for fans at UBC has been expanded by close to one-third to about 6,500 from 5,000. It should get loud.

And perhaps a slightly-less-rough route to an upset is in doubles. Nestor is one of Canada's greatest ever – still ranked No. 4 in the world at doubles – but he is up against the daunting pair of Marc Lopez and Granollers.

"I haven't much success against them," Nestor said Tuesday, almost ruefully – and then seemed to half-spill who his playing partner will be Saturday. "So, hopefully, playing with Vasek will turn that around."

A year ago, it was to be Nestor-Pospisil against the French pair, but Raonic was subbed in at the last moment by team captain Martin Laurendeau. The Nestor-Raonic chemistry was poor, noted Connell, who has played and won Davis Cup doubles with Nestor. So expect it to be Pospisil.

The Spanish captain, softly taking in a battery of questions about the players who are not here, turned the situation around, talking about the young men he had beside him, competitors who now get a chance to do something for their country when they may not have otherwise been called upon.

"It's never easy to have players in front of you, when they're playing a lot and you never had the chance," Corretja said. "They are very good players. In another country, as I said, for sure they would be all the time be playing Davis Cup.

Raonic says Spain resting its top players has nothing to do with facing Canada
January 28, 2013 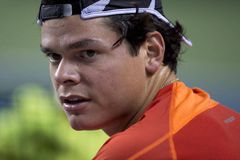 Raonic to lead Canadian side in Davis Cup tie against Spain
January 22, 2013 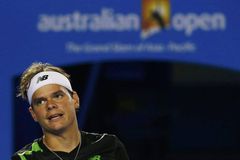 Raonic refuses to use sore foot as excuse for Australian Open exit
January 21, 2013 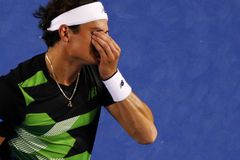