Hubert Buydens can recall the choice put to him by B.C. Lions general manager Wally Buono.

If he wanted to make it as an offensive lineman in the CFL, Buono advised the young draftee, he would need to gain weight – to more than 300 pounds – and put football ahead of rugby.

The choice wasn't difficult for Buydens, a standout guard at the University of Saskatchewan whom the Lions had in training camp after selecting him in the sixth round of the 2008 CFL Draft. His heart was in rugby.

A pro-football career wouldn't have been a stretch for the All-Canadian lineman who helped the Huskies to two Vanier Cup games. Instead, his skill and brute strength on the rugby pitch have taken him to international competitions and landed him stints playing professionally in New Zealand, where rugby is a bit like a religion. Today, the 33-year-old Saskatoon native, a brawny and bearded 6-foot-2, 270-pound prop, is a key cog on Canada's World Cup squad in England and Wales.

Buydens played many sports as a boy in Saskatoon, from hockey to basketball to soccer, before a friend convinced him to try the Saskatoon Wild Oats Rugby Club. "I was always the biggest kid in class – not always the tallest, but definitely the heaviest," he said by phone this week from Cardiff, where Canada begins its World Cup knockout phase against Ireland on Saturday. He will start at loosehead prop. "It didn't seem like [rugby] would be a good fit for me. I didn't like running – and I found there was a lot of that. But it was fun right away."

Buydens also played football at Walter Murray Collegiate, and won three junior national titles with the Saskatoon Hilltops of the Prairie Football Conference. He was touted as one of the country's best linemen over his five years in university football. But he also took to the pitch for Western Canada rugby clubs such as the Prairie Fire, Castaway Wanderers and Prairie Wolf Pack, and his passion for rugby won out.

While the physicality involved in pushing against opposing props on the front line of a rugby scrum is similar to his old role in football, the required skills are not. The footwork is far different, and he didn't have opportunities to tackle opponents or carry the ball in football.

Buydens made his debut with the senior national team in 2006. He was part of the Canadian side that went 1-2-1 at the 2011 World Cup in New Zealand.

While the Canadian men have qualified for every World Cup since the tournament's inception in 1987, they have only advanced out of the first round once – in 1991.

Canada faces a tall order this year in a group that also includes Italy, France and Romania.

Buydens isn't the only one on Canada's 31-man squad with a university football background – winger Jeff Hassler was a running back for the Saskatchewan Huskies. And former Simon Fraser quarterback Jason Marshall was on the team as a tighthead prop before suffering a rib injury in a warm-up game Sept. 6 against Fiji that forced him out of the World Cup lineup.

Buydens's workmanlike nature has endeared him to many in rugby.

"Out west, you see certain people you would call 'a Prairie person,' and that's Hubert," said Graeme Moffat, skills coach for Canada's World Cup team and Buydens's head coach with the Wolf Pack in Calgary. "He's an exceptionally hard-working player who just gets on with his job, and that's gotten him where he is today."

Canadian coaches urged Buydens to chase professional opportunities in New Zealand's domestic rugby union, which provides a higher calibre of competition than Canada's club teams. He played for the New Plymouth Old Boys in Taranaki in 2013, then the Manawatu Turbos in the ITM Cup. He hopes for another shot there after the World Cup.

"The travel is one of things I love the most," Buydens said. "If not for rugby, I doubt I would have visited many of the amazing countries I've seen." 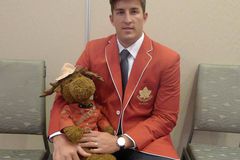 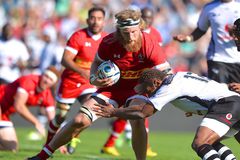 Injuries the cruellest cut when it comes to Rugby World Cup
September 15, 2015 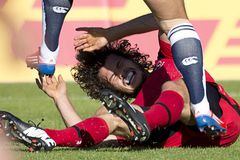 Jamie Cudmore relieved to be at Rugby World Cup after concussion
September 10, 2015