Late on the eighth stage of Spain's biggest cycling race, last weekend, three-time winner Alberto Contador launched an attack to try to make up time. He was eventually reeled in by race leader Chris Froome and the two of them swept over the finish line in tandem, faster than any of their key rivals.

But after that day's racing was done, Contador made sure to praise another man, one who had finished about a half-minute behind him, saying he had "enjoyed the support of the rider from Cannondale."

That man is Canadian Michael Woods, who turned to cycling only after injury derailed a promising running career, and who is having the race of his life even as his team struggles to survive.

Contador's comment about Woods, who as of Friday was sitting in eighth place over all at the Vuelta a Espana, speaks volumes.

That Contador did not appear to know Woods's name is testament to how recently the 30-year-old Ottawa native appeared at the top level of the sport. This is only his second time doing one of the trio of three-week races – the others are the Tour de France and the Giro d'Italia – that are known as Grand Tours.

Woods was able to match Contador's speed and pace him up part of the climb, and then not lose much time when he eventually cracked, showing the form he is on this year.

"There's no quit in the guy," said Woods's coach, Paulo Saldanha. "He's got grit beyond belief."

But lurking behind the success is the pressure that made Woods go so hard that day: his Cannondale-Drapac team is under severe financial strain, resorting to crowd-funding in a desperate bid to stay afloat. The Canadian knows that he has to show other teams he is worth a look.

His bid for glory on that stage fell flat. But the next day his team worked hard to position him and he pulled off a third-place finish that was the biggest result of his career. And going into the final week of the race he is firmly in the top 10 of the overall standing, sandwiched between Contador and Fabio Aru, two stars at the very highest level of the sport. Woods and four other riders are within 30 seconds of third place over all.

"I don't know if I'm ever going to have this chance again, where I'm sitting so close to the podium of a Grand Tour," Woods said in a phone interview from Spain on Thursday.

Only one Canadian has won a Grand Tour. British Columbian Ryder Hesjedal triumphed at the 2012 Giro d'Italia, racing for the same team Woods now represents.

The Vuelta and the Giro are less well known than the Tour outside of cycling, and they are often not even available on television in Canada. But they can be better races. Less glitzy, they can have a more raw feel that appeals to purist fans. The routes can be fearsome, sending the cyclists up incredibly steep mountains that are harder than anything the French race includes.

In this edition of the Vuelta, the most difficult racing is still to come. The Angliru, a mountain in Asturias, is one of the toughest in pro cycling, with a gradient that averages more than 10 per cent and tops out at around 24 per cent. This ascent, next Saturday, is one of four hard mountain days still to come in the final week. By the time the pack of cyclists enters Madrid to finish the race on Sept. 10, the standings could have been shuffled radically.

"Moving forward, I've got a lot of opportunities to gain time," Woods said, adding pragmatically: "I could also completely blow up."

The Canadian had played down his expectations going into the race, telling a cycling publication he had hopes only of winning a stage. Given his success so far, he now is striving for a high overall position, acknowledging that chasing that goal could backfire and leave him falling short on both ambitions. But he was sanguine in recent days about the prospect. "Life's a risk," he said.

Woods is where he is now partly because a group of Canadian sports supporters was willing to take a risk on him. The privately financed organization B2ten, which looks for athletes who have ability but lack the resources to compete at their highest level, was for a long time reluctant to back a cyclist. The sport's doping history made it radioactive for donors.

The group made an exception for Woods, earmarking about $50,000 a year to help his development.

"This for us was maybe a way to prove it's possible without doping," said B2ten co-founder Dominick Gauthier. "Michael is the guy who can prove what can be done, being clean."

His coach, who is connected to B2ten, and the group's founders all say they are confident he is not taking anything illicit.

His clean image is helped by the fact that he races for a team that was launched with the express desire of demonstrating that you could compete at the top level of cycling without performance-enhancing drugs. The team, founded by former pro Jonathan Vaughters and owned by holding company Slipstream Sports, has a modest budget compared with the deeper-pocketed teams, but has notched some impressive results, including a second-place finish in this year's Tour de France by Colombian Rigoberto Uran.

In the middle of the Vuelta, though, the team acknowledged how close it is to having the wheels fall off for good. Last weekend, management told riders and staff that a financial backer they had been hoping to bring on board for next year had fallen through. Without securing new money, the team could not continue. Within days the team had launched its crowd-funding campaign.

American cyclist Joe Dombrowski, who is rooming with Woods during this race, found some humour in the situation on Twitter, joking after Woods's third-place finish in Stage 9 that the journalists milling around outside the team bus could have an interview for the "small price of 7 mil."

Woods retweeted that joke. But in an interview, though, he acknowledged the pall the financial news has cast.

The end of Cannondale-Drapac could put 27 riders onto the market at once, at a time when most teams have filled their rosters for next year.

And the team's financial precariousness illustrates the sport's bigger problem of having a lot of the professional squads barely scrape by while a big player such as Froome's Team Sky, with a reported budget of about $40-million, brings personalized mattresses and pillows from hotel to hotel for their riders.

"Sometimes it feels like you're going to a knife fight with a couple of spoons," Woods said.

Mikel Landa says team orders cost him Tour de France podium
July 27, 2017
It is bigger than the Vancouver Olympics: How the 10-day Multisport festival will unfold in B.C.
August 16, 2017 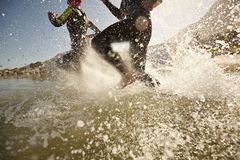 Chris Froome claims fourth Tour de France title
July 23, 2017
Follow Oliver Moore on Twitter @moore_oliver
Report an error Editorial code of conduct
Due to technical reasons, we have temporarily removed commenting from our articles. We hope to have this fixed soon. Thank you for your patience. If you are looking to give feedback on our new site, please send it along to feedback@globeandmail.com. If you want to write a letter to the editor, please forward to letters@globeandmail.com.
Comments