Canadian tennis star Daniel Nestor boasts one of the most impressive resumes in the sport.

Nestor has used a powerful serve, impressive return game and crafty net play to become one of the best doubles players in the game. At 43, the lanky left-hander from Toronto keeps getting results, often stepping up in big moments when a match is on the line.

"When it comes to (being) clutch, I think he raises his level," said former partner Frederic Niemeyer. "That's why he's winning those big titles over and over. When it's time to break the other team, he gets the job done."

Nestor's latest milestone came at the Apia International Sydney event, a warmup stop ahead of the Australian Open. He teamed with Brazil's Marcelo Melo for a 6-4, 6-4 win over France's Jeremy Chardy and India's Leander Paes in men's doubles play.

With the win, Nestor became the first player in ATP Tour history to record 1,000 doubles victories over his career. Only three players — Jimmy Connors, Ivan Lendl and Roger Federer — have reached the 1,000-win milestone in singles play.

"It's really special making it to 1,000 especially having my family here with me," Nestor said. "They made the long trip to Australia kind of for this reason. A special moment like this, it's really important to share it with others, the people that have been with me through thick and thin and through most of the victories."

Hampered by injuries at times early in his career when he played more singles matches, Nestor blossomed when he focused on the four-man game. Niemeyer said that Nestor's long reach allows him to cut the ball off and prevent opponents from finding open space.

"He takes up literally sometimes three-quarters of the court," Niemeyer said. "So that's why he can fit with any game style ... he can adapt his style with his partner. You can't say that with many players."

One of Nestor's biggest wins came with Lareau at the 2000 Sydney Games when they upset Australian favourites Todd Woodbridge and Mark Woodforde to win gold.

"It's amazing to see him still going and still enjoying it," Lareau said from Montreal.

Nestor has also won eight Grand Slam men's doubles titles and four mixed doubles crowns at the majors. He's also one of just 12 players — in singles or doubles — to have won the career Golden Slam of all four majors and Olympic gold.

"The gold medal for sure was probably the initial highlight, winning here in Sydney in 2000 against the Woodies and their hometown crowd," Nestor said. "It was a very tough match and we were able to pull through and that was my first major title. My first Grand Slam also here in Australia. That was a little getting the monkey off my back because I'd lost a few finals, so that was important.

"And for sure the Wimbledon title. Wimbledon is the most prestigious tournament we have, and being able to win it with all the tradition, that's always been a dream of mine. I'm fortunate to have those moments."

Nestor won the Apia International Sydney tournament last year for the fifth time, giving him at least one men's doubles title per year for 22 straight years. In all, he has played with 33 different partners over 24 years and is now 1,000-412 over his pro doubles career.

"He's a very easy guy to play with," said Niemeyer, who played on Davis Cup teams with Nestor from 1999 through 2009. "That's why he's one of the best in the world because he can play with so many different styles of play. He's the one who can win a match by himself."

Nestor, who has a career record of 85-118 in singles play, is one of just five tennis players to participate in five straight Olympic Games. He could make a sixth appearance this summer in Rio.

"Obviously in doubles you've got to be really good at the net," Niemeyer said from Montreal. "I think he's one of the best, if not the best volleyer of all-time. You can definitely compare him to the best volleyers in singles — Tim Henman, Pat Cash, (Patrick) Rafter — all those guys. Definitely Daniel belongs with those guys."

Nestor also holds nearly every Canadian record in Davis Cup play including the marks for most appearances, victories, doubles wins and years played. He's fifth all-time for weeks at No. 1 with 108 and remains the oldest player to have held the top spot on the ATP Tour rankings.

"Playing with Daniel, I'd just put the return below the knees and I don't have to hit another ball," Niemeyer said. "He gets the job done. He covers the court extremely well. Serving-wise, he gets one or two free points per game, it makes the job easy for the guy at the net." 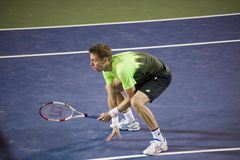 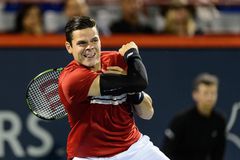 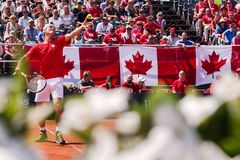