Manuel Osborne-Paradis was okay with the cancellation of last year's World Cup in Lake Louise, Alta.

The Canadian man who has won the most medals in Lake Louise couldn't race there in 2016 because he was otherwise occupied. On the eve of the cancelled downhill, his wife Lana gave birth to a daughter.

"I wouldn't have raced. Sloane was born the night before," Osborne-Paradis said. "As we got closer to the due date, I wasn't skiing that well anyway. It worked out very well for me."

Warm weather wiped out last year's men's races for the first time in 29 years, although the women's World Cup went ahead the following week.

The ski weather gods were more obliging in 2017, as the sport's world governing body gave Lake Louise the green light for the downhill and Sunday's super G.

But Wednesday's first training run was delayed and then cancelled because of heavy snowfall overnight and soft track conditions in temperatures just above freezing.

Training runs are also scheduled for Thursday and Friday.

This World Cup downhill season starts under a pall.

Alberta RCMP said Poisson crashed through safety netting and into a tree. The French team has decided to race on the weekend.

Osborne-Paradis, who lives in nearby Invermere, B.C., is the most recent Canadian to both stand on the podium and win in Lake Louise.

"Lake Louise has a special place in my heart. It starts the season off very calmly," the 33-year-old said. "It's not, 'Get on a plane, get over jet lag and move into a hotel room.' That part is awesome."

Osborne-Paradis and reigning super G world champion Erik Guay of Mont-Tremblant, Que., lead the Canadian team into what is the traditional season-opener for the world's top downhill skiers.

As the host team, Canada can have up to six men racing each discipline. Competition for those starts is tight.

Dustin Cook of Lac-Sainte-Marie, Que., Ben Thomsen of Invermere, Broderick Thompson of Whistler, B.C., and Calgary's Tyler Werry will race in one or both this weekend.

The developmental team's Brodie Seger of North Vancouver and Toronto's Jack Crawford are hoping for a World Cup start.

Cook felt differently than Osborne-Paradis about the loss of Lake Louise races a year ago.

A super G silver-medal winner at the 2015 world championships, Cook suffered a serious knee injury that sidelined him for all of the 2015-16 season.

He had Lake Louise circled on his comeback calendar last year because it's a familiar track where he can generate confidence.

"Lake Louise obviously means a ton to us," Cook said. "It's a bummer for us it was cancelled, but also a bummer for the people who work so hard to make it happen."

With no races at Lake Louise and the World Cup in Beaver Creek, Colo., the following week also cancelled, it was a stilted start to Cook's "mixed bag" season, in which he posted one top-10 result.

"My entire year and a half of comeback was focused on Lake Louise and Beaver Creek. Two places I enjoy racing at the most, basically," Cook said.

"Had Lake Louise happened, my season might have gone in a different direction, but you never know."

The pursuit of medals, prize money and World Cup points starts on Saturday for the downhill skiers, but the Canadian men also want to lock down berths on Canada's Olympic team.

Because Guay won world super G gold and downhill silver, a top-12 World Cup result in those disciplines this winter qualifies the 36-year-old to race them at the Pyeongchang Games in February.

Osborne-Paradis, who took bronze in super G at the world championship, can join Guay with a top-12 finish, but has more work to do in downhill to punch his Olympic ticket. A top-five World Cup result for any Canadian man in a discipline this winter meets Olympic qualification criteria.

"In a perfect world, if I qualify at Lake Louise and get a top five and just solidify my spot, that would be ideal," Osborne-Paradis said. "Then it's just done and it's out of your mind." 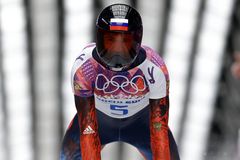 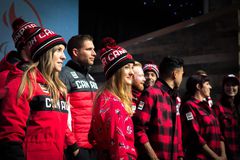