It turns out you can go very fast and not be in a hurry.

Although he's been groomed for auto racing's glitziest circuit since he was too small to tickle an accelerator, 17-year-old Lance Stroll understands some things can't be rushed.

The Montreal native, who famously signed for the Ferrari racing development team as an 11-year-old go-karting savant, is in his second season in Formula 3 – a European feeder series he currently leads.

"I'm loving what I do right now… it's important to complete every step properly and not take any shortcuts. You see so many drivers who go into F1 too soon, make mistakes. And you really only have one shot in Formula One. As soon as you don't perform, there's someone coming behind you to take your place," he told a small group of reporters gathered around an ornate board table at Old Montreal's très swish Hotel Le St-James.

It might seem unusual for a teenager to confidently hold court in a vaguely baroque, tall-ceilinged room plainly designed for the well-heeled and high-powered – sober oak panelling, overstuffed leather chairs, marble statuary of bulls and the usual fanged and clawed creatures.

Know this: Stroll is accustomed to opulence.

His father Lawrence made billions in the fashion business – his fortune has funded one of the world's largest Ferrari collections, the family also owns the Mont-Tremblant racing circuit – and the younger Stroll relocated to Geneva six years ago to focus on his racing career ("It's a very calm place," he observed, dryly).

This bit of context matters when you consider an established and up-ticking trend in F1 colloquially known as "the pay driver."

It's not a new phenomenon, but it is increasingly common.

This season, for example, it's claimed the backers of Indonesian rookie Rio Haryanto plunked down $15-million to secure a ride with Manor Racing – England's Daily Mail reported that was the amount required to outbid Briton Will Stevens, another racer with means.

In an interview with Forbes magazine in late 2015, Mercedes-Benz racing chief Toto Wolff did a back-of-a-napkin tally of what it costs for a driver just to get to F1: $10-million.

As Wolff observed: "You need to have a sugar daddy or a rich daddy."

Strict meritocracy it ain't, which displeases many in the sport.

Stroll sees the purists sneering; he feels their gaze. And mostly he agrees with them.

"It's a bit ridiculous that a sport should be the way F1 is, where you should have to put in so much money to get to the top. I think it should be the opposite. You need to put in a certain amount like any sport – if you play tennis you need to buy a racket – but to pay to drive for a team, that's wrong," he said, adding, "It's also the world we live in."

Stroll doesn't feel so strongly about the issue that he's willing to walk away from his lifelong dream in protest (he did, however, recently switch to a more demanding high-school correspondence curriculum that will qualify him for top universities – "There's more to life than racing").

It does inform his approach to the big time.

His family has the resources to get him there, maybe as early as next year. Knowing the price of something is not the same thing as understanding its value, and Stroll aspires to more than just status.

"[Wealth] doesn't change the fact I'm putting a lot of hours in the gym, I'm putting in a lot of effort. You do see some drivers in the paddock who have a tremendous amount of money and don't do [squat]. I don't want to be that guy. I love what I do, I'm a competitive guy," he said. "I could take the opportunity to be in last, pay for my seat and be nowhere. But that's not what I want to be. I want to win championships; I want to be a winning driver."

That desire to win has occasionally gotten him into trouble – last year, his first in open-wheel road cars, he was criticized by his fellow drivers for causing an accident in Monza, Italy, with a risky manoeuvre. He earned a one-race ban for his trouble.

Since then Stroll, who likes to emulate McLaren driver Fernando Alonso's measured aggressiveness and adaptive style, has evolved into a dominant player in Formula 3. "I think my strength is I'm able to think in the car, not just rely on instinct."

The lanky, dark-haired Montrealer will cross paths with at least one countryman in the Circuit Gilles Villeneuve garages this weekend.

Nicholas Latifi, a 20-year-old from Toronto, is a test driver for Renault when he isn't racing in GP2, another feeder circuit and the logical step up from Formula 3.

It's a good bet both will soon join F1 on a more formal basis, which would break a decade-long drought; no Canadian driver has captured a full-time F1 ride since former world champion Jacques Villeneuve.

Five years ago, it looked as though Robert Wickens would earn the distinction. The Ontario-born racer was a reserve driver for Marussia Virgin Racing (now known as Manor), and later tested for Lotus.

The 27-year-old Wickens now drives for the Mercedes-affiliated team in the closed-wheel Deutsche Tourenwagen Masters series (or DTM), and despite excellent results (he leads the driver championship) is on the outside looking in, partly because he isn't able to self-finance a spot in F1.

That's not an issue for Stroll.

Nor is it a problem for Latifi, whose father is chairman and CEO of Sofina Foods Inc., a privately-held food industry giant that is second in size only to Maple Leaf Foods.

It helps that both young men are plainly talented drivers.

On its own, that's no longer enough.

Happily for Canadian racing fans, the differentiating factor in modern formula racing presents no significant obstacles to a unique spectacle: two drivers from these shores facing off in the world's premier racing circuit. 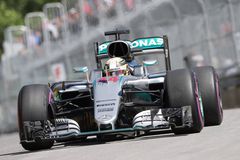 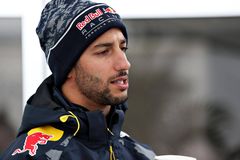 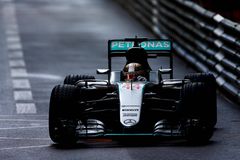