As an athlete in an extreme sport, it was in Sarah Burke's nature to see opportunities where the rest of us saw boundaries.

Beyond that? The truth is that most of us are merely guessing. For most of us, our dreams are the only place we can begin to understand the spirit that drove Burke since she was a child to fly so high and spin so much and "still almost always land on her feet," in the words of one of her former freestyle skiing coaches.

So it is understandable that many want to know why and how the sport she loved and helped shepherd into the 2014 Sochi Games ended up taking her life at a too young age on Thursday.

She died at 29 in a hospital in Park City, Utah, of what her publicist, Nicole Wool, called irreversible damage to her brain due to lack of oxygen and blood after cardiac arrest. It was the result of a fall nine days earlier at the bottom of a halfpipe, a fall that tore her vertebral artery, leading to severe bleeding on the brain.

Less than two years ago we faced similar feelings when Georgian luger Nodar Kumaritashvili died at the Whistler Sliding Centre just hours before the opening ceremony of the Vancouver Olympic Games, competing in what many consider to be the first extreme sport.

Of course, there are differences: Kumaritashvili was training for an Olympic competition; Burke was taking part in a personal-sponsor event at the Park City Mountain resort. Kumaritashvili was a largely unfancied competitor; Burke was a stunningly telegenic, four-time World X Games champion whose lobbying was a crucial factor in the sport of superpipe being added to the Olympics, piggybacking on the financial and artistic success of snowboarding.

Luge looked inside for change that would not damage its soul as a result of the sickening images that flashed across television screens of Kumaritashvili hurtling backward into a metal pole, a competitor hopelessly overmatched by a track that even seasoned observers suggested brushed right up against the likely limits of the sport.

Yet its self-examination came as a sport with 125 years of organized history in Europe, that has been in the Olympics since 1964. Who knows what this means to superpipe, but considering that Park City's Eagle Superpipe was the site of a traumatic brain injury suffered by another snowboarder, Kevin Pearce, during a training accident on Dec. 31, 2009, it is understandable that concerns would be raised about, for example, the height of the walls.

But we're back at that old argument, aren't we? How does any sports organization legislate against a person's spirit and sense of adventure or even a whim? Once they're on the track or in the pipe, it becomes a matter of self-regulation, especially for highly trained, high-performance athletes.

The most we can do is consider these words from an interview Burke did with TSN Radio this month, when after listing a litany of injuries sustained in her career, she stressed that about all a person could do was "try to be as calculated as you can" in using protective airbags and trampolines during training.

"But," Burke added, "it is a sport that's trial and error, and you have to try it on snow sometimes and it's not always going to go right."

There is time to ask hard questions, but it is not this morning. Right now is a time for remembrance of a bright light extinguished far too early, for prayers to a grieving family and a celebration of the type of competitive spirit most of us can't understand. Sarah Burke deserves no less. 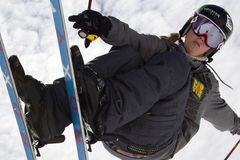 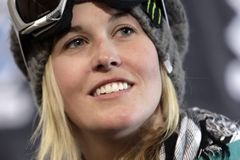 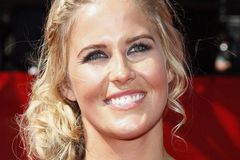