Tightening the screws even further on travel to their already isolated country, North Korean authorities have barred foreigners from one of the year's most popular tourist events – the annual Pyongyang marathon – because of ongoing concerns over the spread of the Ebola virus, travel agencies said Monday.

While no cases of Ebola have been reported anywhere near North Korea, the country shut its doors on foreign tourists in October with some of the strictest Ebola regulations in the world. North Korean media have suggested Ebola was created by the U.S. military as a biological weapon.

Nick Bonner, co-founder of Beijing-based Koryo Tours, said he did not think the decision reflected any deeper problems in the North's secretive and often enigmatic government, though the news comes amid reports leader Kim Jong Un has called for increased combat readiness and, at a meeting of senior party and military leaders, described tensions on the peninsula as graver than ever before.

North Korea has been under increasing pressure from the U.N. over its human rights record and is facing new sanctions from Washington over its alleged involvement in the massive hack attack on Sony Pictures in December. Joint military exercises between the U.S. and South Korea that the North says are a provocation will also begin soon.

Bonner said more than 400 foreign runners had signed up with his agency alone for the event, which is to be held April 12. He said he was informed by officials on Monday that the race – billed as one of the most exotic marathon locales on Earth – would be open only to local runners. Another agency specializing in North Korea travel, Young Pioneer Tours, also confirmed on its website that it was cancelling its tours for the event.

Bonner, speaking with The Associated Press by phone from Beijing, said he remains hopeful the Ebola restrictions will be lifted by the end of next month. Even if they are, however, the restrictions apparently made it too difficult for marathon organizers to be ready in time to deal with the influx of foreign runners, who were allotted 500 slots.

Last year's race through the streets of Pyongyang, including a 10-kilometre (6-mile) competition and a half marathon along with the full course, was opened up to foreign recreational runners for the first time and was a big success. Elite runners from around the world are usually brought in for the main event. Bonner said they apparently won't be allowed in this year.

Known officially as the Mangyongdae Prize International Marathon, the race is sanctioned as a bronze-label event by the International Association of Athletics Federations and has been held annually for 27 years. It is held in conjunction with a series of sporting competitions, arts festivals and cultural events marking the birthday of North Korea's founder, Kim Il Sung, on April 15.

Since the Ebola measures were announced last October, visas for nonessential travel have been halted and, regardless of country or region of origin, all foreigners allowed in are technically subject to quarantine under medical observation for 21 days.

That includes diplomats and international aid workers, though they are allowed to stay in their residences or diplomatic compounds. Even senior North Korean officials returning from trips abroad have been quarantined.

The restrictions have been a disaster for travel agents.

North Korea has made a concerted effort to bolster its tourist trade in recent years by setting up special tourism zones and developing scenic areas and recreational facilities. Tens of thousands of Chinese tourists visit each year, according to Koryo Tours, while tourists from other countries are rarer.

Bonner said the group that had signed up for the marathon this year was the biggest his agency has put together in 10 years, and would have been one of the largest groups ever. North Korea has already informed tour agents that it does not intend to stage another major event this year, the Arirang Mass Games.

WHO official concerned as decline in Ebola cases levels off
February 20, 2015 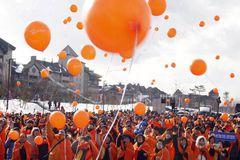 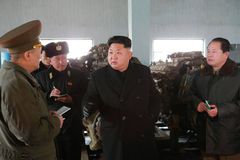