A baffling aspect about the alleged doping scandal that has engulfed two Jamaican sprinters and their Canadian trainer is that it involved a banned drug that takes little effort to expose.

Oxilofrine, also known as methylsynephrine, is a stimulant that can be found in weight-loss supplements, said Christiane Ayotte, head of the INRS-Institut Armand-Frappier doping lab, a facility accredited by the World Anti-Doping Agency.

It has become more popular as an ingredient after another stimulant, ephedrine, which used to be commercially available, became a controlled substance, she said.

In recent years, oxilofrine doping cases have been increasing, from about five cases annually to 15 to 20, Dr. Ayotte said.

"It's ridiculously easy to detect," she said, adding that she was baffled why athletes would use it.

The supplements can be ordered online and oxilofrine itself can also be purchased in bulk from China, she said. "People shouldn't think they'll find it in their breakfast cereal or in regular food. You really have to look for it."

There have been civil suits that allege that supplement manufacturers failed to properly list oxilofrine as an ingredient.

Canadian at centre of Jamaican doping scandal connected to controversial Toronto clinic
May 11, 2018 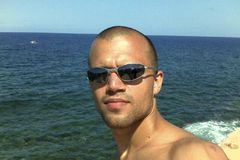