Stroll, who watched the Canadian Grand Prix from the grandstands as a young child growing up in Montreal, will take his Mercedes-powered Williams car onto the Circuit Gilles Villeneuve track for the first time as a F1 driver this weekend. The 18-year-old rookie calls it a dream come true.

Perez knows exactly how he will feel, having lived the high of driving for the first time in his home race at the 2015 Mexican Grand Prix.

"It's a big emotion," said Perez, seated beside Stroll at a drivers news conference on Thursday. "Your emotions are 100 per cent from P1 (the first practice session) until you finish the race.

"They say that when you're at home, you're two-10ths (of a second per lap) quicker and I believe so. You have so much energy and so much support and so much will to do well in front of them that instead of feeling pressure you feel extra energy. It helps you focus on certain decisions and preparing your race weekend and qualifying."

Action starts Friday with two practice sessions. Sunny weather is forecast for qualifying on Saturday with windy conditions for the race on Sunday afternoon.

Stroll has had a rocky start to his F1 career, finishing only two of the first six races and still seeking a top-10 finish that would earn his first points.

He hopes to make his breakthrough on the 4,361-kilometre track known for its sharp braking and quick accelerations. His team has done well on it in recent years with Valtteri Bottas, now with Mercedes AMG, placing third the last two years in a Williams.

"It suits our car very well," said Stroll, who was named to the Williams squad after winning the 2016 European F3 championship. "Hopefully that stays the same this year.

"We need to focus on our job and, if there's a bit of luck on our side, we can have a clean weekend and get the best out of the car."

He is the first Canadian to compete in F1 since Jacques Villeneuve a decade ago. His debut comes on the 50th anniversary of the event, which started at Mosport and Mont-Trembant before moving to Montreal in 1978, when Jacques' Ferrari-driving father Gilles Villenueve won.

He's had a busy week of sponsor and media events leading up the race during a rare visit home from Monaco, where he has been based since he was 12.

Stroll smiled at the thought that Jacques Villeneuve won the championship with Williams in 1997, the year before he was born.

"Formula One was always a dream for me and the Canadian Grand Prix was a dream," he said. "You just embrace all that positive energy from the fans."

The circuit has also been a favourite spot for defending F1 champion Lewis Hamilton, who has won on it five times including the last two years. But the British Mercedes AMG driver has had setbacks this year and trails Sebastian Vettel by 25 points after the German and his Ferrari teammate Kimi Raikkonen finished one-two in Monaco two weeks ago.

"We have seen Ferrari are the quickest at the moment so they are favourites," said Hamilton. "But we are working hard to rectify the issues we had at the last race and hope that we can attack this weekend.

"They've got some unique bits on the car that I think will work this weekend but it doesn't mean we can't take the fight to them."

Sweeping rule changes have made it a two-team battle at the top so far, with Red Bulls driven by 2014 Canadian GP winner Daniel Ricciardo of Australia and 19-year-old sophomore Max Verstappen well back in third.

Williams, which brought Felipe Massa out of retirement to be Stroll's teammate and mentor when Bottas bolted to Mercedes AMG, are in the middle of the pack.

It will be two-time champion Fernando Alonso's return after taking part in the Indy 500, where he blew an engine late after racing mostly at or near the front.

"It was very intense because I had to learn many things from zero," said Alonso. "I wanted to try to be competitive in a new car and a new series. I've always been searching for these kinds of motivations. It was a good decision to go there." 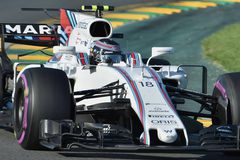