This week, Onrait returned to Toronto to promote his new book, Anchorboy: True Tales from the World of Sportscasting.

You have almost 280,000 followers on Twitter; a successful podcast that sits atop the iTunes chart; a career propelled partially by ultra-successful clips on YouTube; and are a key part of a new all-sports network. So why write a book?

"After the colossal and massive failure of my MuchMoreMusic music show [in 2011], weird and serendipitous things happened to me in my life. I just happened to be approached by an agent named Carley Watters, who was actually one of the few people who had seen The Week That Was. She asked whether I'd ever considered writing a book. I said: 'Actually, my show just got cancelled and so I've got time on my hands and I've always wanted to do that.'

"The writer I most admire right now is David Sedaris. I just love how he makes the ordinary so entertaining. I thought I had some entertaining stories and, if I committed myself and sat in a coffee shop all day with all the other unemployed screen writers, maybe I could make something that's entertaining as well."

How did you find writing process? You turn on your laptop and then what?

"I bought a book by Stephen King called On Writing. The main thing I took away was he's a worker. This is work. He writes 2,000 words a day. Sometimes, it takes an hour and, sometimes, it takes seven hours, but he makes sure he gets it done. That's what I adhered to. If it's good enough for the King, then I guess I'll give it a go.

I found it unique that you thanked each and every employee of the Dark Horse by name in the acknowledgments at the end of the book.

"She was pretty good at steering me away from things that hurt my career. The book was actually written long before I took the job at Fox, so it wasn't like I was writing a book where I could wipe out all my enemies at the end and run away. It was written with the thought in mind that I was going to my career here so I didn't want to step on anyone's toes or insulted anyone."

Your move to the United States was due in large part to a Wall Street Journal story [in June of 2012], which caught the eyes of Fox executives. When you were speaking to [reporter Will Connors], did you have any idea it was more than just another interview?

"We were flattered that a kid that grew up in Chicago loving the old [ESPN] SportsCenter with [Keith] Olbermann and [Dan] Patrick and all those guys felt something drew him into our show like that. We thought the article would come out, it was flattering and nice and that would be the end of it."

When you made the decision to go to the U.S., did Fox want you and Dan to change your style at all?

"They started recording the shows and the first shows they taped were us on the Kraft Celebration Tour. It was us in Estevan, Saskatchewan, and Amherst, Nova Scotia. Big crowds, live events, us dancing and singing. It was amazing they were still interested. It was pretty out there. They wanted to make sure we had our comfort zone, so they literally wanted to airlift the show from Toronto and drop it in Los Angeles. Amazingly, the critics have been much kinder to us down there than they were up here, and I think its because we have chemistry. Chemistry is so difficult to get and we had it.

"Fox had done their research. They knew what they were getting. They basically said: 'We know what [American all-sports cable giant] ESPN is doing now and we just can't do that.' To their credit, they knew it made no sense to copy that formula. ESPN is going with a very straight-forward journalism formula. That's great and lots of people love that. That's not what we do."

There are some that have knocked you already for low ratings in comparison to ESPN. That's a bit premature, don't you think?

"There's no logical way we could ever [start on even ground]. TSN had a 15-year head start on [Rogers] Sportsnet. Sportsnet still hasn't caught up. ESPN has a 30-year head start on us. This is going to be a long process, so settle in because we're just getting started." 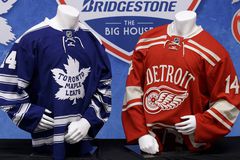 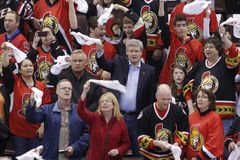 Editors’ choice: The best of the bestseller lists
September 27, 2013 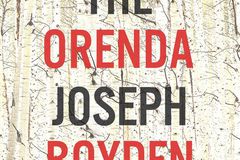 Follow David Leeder on Twitter @daveleeder
Report an error Editorial code of conduct
Due to technical reasons, we have temporarily removed commenting from our articles. We hope to have this fixed soon. Thank you for your patience. If you are looking to give feedback on our new site, please send it along to feedback@globeandmail.com. If you want to write a letter to the editor, please forward to letters@globeandmail.com.
Comments