The drivers love it, so do the sponsors, and the legions of business folk who can make a tourist season's worth of profits in one week.

And the ticket-buying public? Fans flock to Montreal for Formula One.

About 300,000 will turn up over the course of three days of racing that culminates in Sunday's Canadian Grand Prix, which takes place before a packed house, rain or shine (the former appears likely).

Every year, the moneybags racing teams and the grandees who run motor sport's glamour circuit also profess their affection for Montreal's race weekend, which organizers always point out is the single largest annual sporting event to take place on Canadian soil.

More than that, it's also considered the unofficial kickoff to summer – and festival season – and legitimates the opinion many Montrealers hold of their city: It belongs in the international jet set.

Montreal's passion for open-wheel racing burned hottest in the late 1970s and early '80s, the heyday of the late Gilles Villeneuve, and later when his son, Jacques, picked up the family mantel, but whatever it is about F1 – the noise, the speed, the danger – it has worn itself into the fabric of the city.

When former Canadian Grand Prix promoter Normand Legault announced the cancellation of the 2009 race after an ill-fated negotiation with F1 boss Bernie Ecclestone, "it almost felt like a small part of the city's soul died," said Paul Wilson, then a vice-president at GPF1, Legault's company.

But, sometimes, love can be fleeting; sentiment generally takes a back seat to financial considerations when the numbers are this big.

The contract between Montreal's current race promoter, François Dumontier, and Ecclestone runs out in 2014, and while talks have been ongoing for more than a year to extend that contract for another decade, progress has been painstaking.

There is still ample time to reach a deal – the 2015 F1 calendar won't come out until the fall of next year – but the longer the negotiations drag on, the more the uncertainty will build.

The main sticking point is the amount poured into the race by the three levels of government – while Ecclestone is reportedly willing to accept a modest increase on the $15-million or so in public money his company receives each year, Ottawa doesn't seem in a big hurry to add to its share of the pot.

A spokesperson for federal Transportation Minister Denis Lebel, the political minister for Quebec, said the talks toward a contract extension are ongoing, but "we won't be negotiating in public."

It's also an open question whether Ecclestone will even be around to ink an eventual deal; the 82-year-old billionaire is facing the grim prospect of bribery and fraud charges in Germany.

There has even been talk the hedge funds who own the bulk of Formula One Group, which in turn owns the commercial and promotion rights to the racing circuit, would like to replace him with a former chief executive of a British grocery chain.

Ecclestone has reportedly told the board of F1's management company – he is a minority shareholder – that nothing short of a prison sentence will oust him from his role as F1 supremo.

As the F1 universe descends on the universe the main players in the Grand Prix negotiations are all smiles.

The Parti Québécois government has indicated it is committed to reaching a deal, interim Mayor Michael Applebaum reiterated his support for the event, but with a fragile minority in Quebec City and a municipal election slated for the fall, it's not clear what say they'll have in the matter.

Dumontier, for his part, said in a raft of prerace interviews he's confident a contract extension can be struck.

That's all fine and dandy, but until Ecclestone gets the financial package he wants, nothing else really matters.

"Fundamentally, it's all about the money," said Wilson, who now works as a communications consultant.

Wilson is no longer involved with Formula One, but he still believes the event is a major benefit for Montreal. The question is: At what price?

"You can't think of this event in strictly financial terms, and I think there's a tendency to take that approach," Wilson said. "But at the same time, you don't want to hold it at any cost … it's a glamour event for Montreal. Is it a must-have? Probably not. But it's a pretty great nice-to-have."

It's beyond dispute Formula One is a big deal for the city's tourist economy.

The association that represents the city's hoteliers estimates occupancy rates this week will hit 95 per cent – a typical summer week seldom tops 70 per cent – and the group that speaks for bar owners on Crescent Street, epicentre of the Grand Prix festivities, reckons profits will be in the seven digits.

Some analysts suggest the event rakes in as much in consumption tax revenues as the various levels of governments pour into the weekend.

Though ticket sales in Formula One can fluctuate, it's expected this year's Canadian Grand Prix will have attendance bounce back to regular levels from last season's 285,000 – which Dumontier has blamed on student protests and strife for lagging sales.

Montreal's tourism authority has pegged the overall economic impact of Grand Prix week at $90-million, although that figure was questioned by several fiscal experts this week in light of a more formal accounting conducted in Melbourne, site of the Australian Grand Prix.

That study found the race – similar in scale and scope to Montreal's – brought in closer to $32-million.

Beyond the direct benefits and sales tax spillovers, there's no question F1, with a global television audience in the hundreds of millions, raises Montreal's global visibility.

Formula Money, a publication that tracks the business side of F1, estimated the value of "brand exposure" at the 2012 Canadian Grand Prix at $142.9-million, the third highest among all races last year.

There's value, it appears, in advertising in F1, but you have to pay to play.

And there will be a cost if Montreal wants to keep the cachet of being an F1 stop.

Ecclestone wants improvements to the creaking infrastructure at Circuit Gilles-Villeneuve – it's broadly considered among F1 watchers as a basic condition to a long-term deal.

The public estimate for the costs of revamping the mould-infested paddocks and the aging control tower is roughly $27-million, although sources who have seen the plans suggest that's a decidedly conservative figure.

That the cost could be spread over a decade is sure to work in Dumontier's favour as he tries to drum up the funds.

So while Ecclestone may be willing to accept a slight increase on his annual allotment of public money – F1 is exceedingly adept at obtaining money from governments, which has the advantage of being guaranteed – the true cost of extending the deal could conceivably require a total investment of $200-million or more over the next 10 years.

It's a lot of money, but if Ecclestone can't find it in Canada, he won't hesitate to look elsewhere.

"If Montreal cannot pay the required fee, then its popularity among the teams will count for little. Previously, the race was strategically significant as the only Grand Prix in North America, but with the introduction of the United States GP in Austin [Tex.] in 2012, it has lost that … its $15-million fee is considerably lower than the average $27-million in 2011, and is lower even than other historic races such as Silverstone [England]. In that context, its popularity alone may not be enough to save it," Caroline Reid, the editor of Formula Money, said in an e-mail interview.

Then, there's the looming presence of a Grand Prix event slated for New Jersey.

The race – long a dream of Ecclestone's – was originally supposed to debut in 2013, but has since been pushed back.

Significant hurdles remain in staging the event, but the fact the F1 Group has decided to put some of its own money into setting up the race suggests the doubts over its viability could soon be put to rest.

In any case, there's a strong impetus behind it: The circuit's strategy to increase its footprint in Asia has seen it go from two to eight races in the last decade, while North America, a market F1 is keen to conquer on a large scale, is stuck at two.

"Ecclestone has suggested he wants four races in North America, and it would make sense for one of these to be Canada. However, if a New York race did go ahead, it could make things difficult for Montreal by eating into its spectators thus reducing ticket revenues and compromising the race's financial viability," Reid said.

While there's a strong business case to be made for holding races in Montreal and the New York area on consecutive weekends, recent experience has shown Ecclestone has no qualms about playing hardball in negotiations, and pitting local race organizers against each other.

"It's a tactic [Ecclestone] has used again and again," Wilson said. "He's not afraid to pull the race for a year in order to get the terms he wants, as he's shown here."

In practical terms, Dumontier and his public-sector partners need to reach a deal before next year's race.

It's clear that Formula One – which has had a toehold in Canada for all but three of the past 45 years – will have to be wooed if the event is to endure. 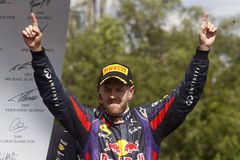 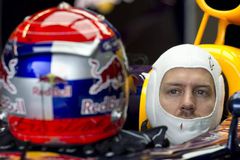 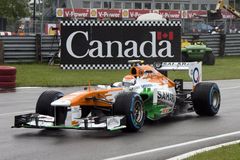 The blueprint of a Formula One driver
June 6, 2013 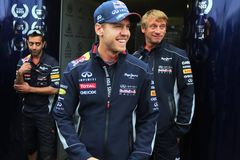