Formula One's travelling road show unloaded a few days ago, but only now does Montreal's week begin in earnest, against a backdrop of dissent and the threat of disruption.

In any other year, race junkies would be lining up Thursday morning for the Canadian Grand Prix's annual open house, but the fan showcase was cancelled last weekend amid security concerns – anti-capitalist groups and the computer hacker collective Anonymous have vowed to target the event.

But if organizers and local police are fretting about student demonstrations or a bout of window smashing by anarchists, those fears are secondary for some who have a stake in the event.

"I'm a lot more worried about the weather than any protest," Steve Siozos, a bar owner who is co-president of the Crescent Street Merchants' Association, said with a laugh.

The well-known downtown strip has long been the epicentre for F1 festivities for race fans, and the main kickoff soiree is Thursday.

It will unfold under tighter-than-usual security, as will the night's prerace charity gala co-hosted by F1 supremo Bernie Ecclestone and former federal cabinet minister Michael Fortier. (One anti-capitalist group is organizing a protest outside the red-carpet event.)

Race organizers are already blaming three months of political and social unrest for the fact the weekend will not be sold out for the first time in years.

While tourism officials are noting a slight dip in hotel and restaurant bookings, Siozos is cautiously optimistic the busiest week of the year for his group – whose members are facing steep increases in their insurance – will nevertheless be fruitful.

"The reality on the ground is different from what you see on TV, I expect a lot of people on the street," he said. "It's certainly better than no Grand Prix, that much I know."

There is also quite a lot going on over at Circuit Gilles-Villeneuve, where Sunday's race will be held.

The Grand Prix loop's first six events have been won by six different drivers – numerology buffs will be in a lather about the confluence of lucky digits this weekend: Mercedes driver Michael Schumacher, a seven-time world champion, seven-time winner in Montreal and car No. 7 on the grid, is vying to be the circuit's seventh winner (were he to win the pole, it would be his seventh on Île Notre-Dame).

"The race in Montreal is usually action-packed, like we saw last year [McLaren's Jenson Button won on the last lap]. The characteristics of the circuit should suit us, and we are counting on our car performing well there," said the 43-year-old Schumacher, who narrowly missed the podium 12 months ago, but must be considered a long shot this year.

Hamilton is typically speedy in Montreal – he has won the pole three times in four visits – and he'll be looking to atone for a crash last year.

"I know that the results we all want will soon come to us," said Hamilton, who won the race in 2007.

The drivers will get their first look at the 13-turn, 4.631-kilometre track Friday, during open practice.

The bumpy circuit, which sits in the St. Lawrence River just across from downtown Montreal, is known for chewing up brakes and tires, its low-speed turns and long straightaways – there are four opportunities in every lap to spool the engine up over 300 km/h – make it hard to predict a winner.

Race organizers will be relieved if that's where the unpredictability ends. 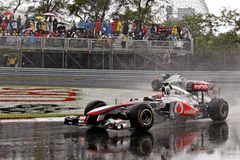 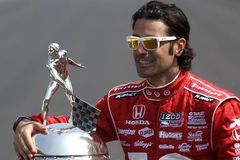 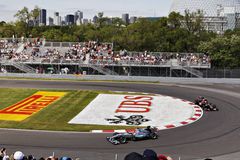