Frenchman Romain Grosjean was given a one-race ban and fined 50,000 euros for causing the first corner crash that turned into a multi-car pile-up on the opening lap of Sunday's Belgian Grand Prix.

After a thrilling race marred by the wild driving of both Grosjean and Pastor Maldonado, the Venezuelan was also punished for his part in the chaos by being given a ten-places grid penalty at the Italian Grand Prix next Sunday.

Maldonado, of Williams, jumped the start and then crashed later into German Timo Glock of the Marussia team.

But it was the 26-year-old Lotus driver Grosjean who triggered the accidents that led to his elimination along with those of world championship leading Spaniard Fernando Alonso of Ferrari, Briton Lewis Hamilton of McLaren and Mexican Sergio Perez of Sauber.

Grosjean swerved to the right at the start of the race and in an aggressive change of direction drove into Hamilton as the race began and the field drove into the perilous Eau Rouge corner.

Hamilton was rammed by Grosjean just behind his front left wheel and was unable to stop from colliding with Alonso and the two Sauber cars.

Perez's Sauber team-mate Japanese Kamui Kobayashi had made a slow start from second on the grid and his race was almost wrecked by the accident, but he survived the worst of the carnage to continue and finish 13th.

It was a day when the Swiss team's best hopes after their best-ever qualifying session on Saturday turned into a nightmare.

Grosjean said he was not sure who caused the accident.

Speaking during the race, he said: "I had a very good start and then boom - it was the end of the race."

The race stewards held an investigation and said that Grosjean was responsible.

He was given a one-race ban and will miss next weekend's Italian Grand Prix at Monza.

In a statement, the stewards said: "The stewards regard this incident as an extremely serious breach of the regulations which had the potential to cause injury to others.

"It eliminated leading championship contenders from the race."

The stewards added that Lotus and Grosjean had not tried to contest the stewards' verdict.

"The stewards note the team conceded the action of the driver was an extremely serious mistake and an error of judgement," it said.

"Neither the team nor the driver made any submission in mitigation of penalty."

Kobayashi, who had started the race with hopes of a podium finish, said it had been a terrible feeling to have his race wrecked at the opening corner.

He said: "This is a terrible race result after doing so well in qualifying. There was nothing I could do when a car came flying into mine at the start.

"I had to pit once for some repairs and then again after seven laps because of a slow puncture. During the race I didn't really know how bad the damage to the car was, but I could see a tyre print on the cockpit all the time."

In a separate announcement the stewards confirmed that Maldonado will be demoted 10 places on the Italian Grand Prix grid.

The Williams driver had been given a three-place grid penalty at Spa for blocking Nico Hulkenberg in qualifying.

He then made a premature start before being tagged into a spin as the crash involving Romain Grosjean, Lewis Hamilton, Fernando Alonso and the Saubers unfolded.

Maldonado rejoined, only to collide with Timo Glock's Marussia at the restart, ending his own race.

Glock was able to continue, but the stewards ruled that Maldonado's actions in the clash deserved a five-place penalty.

They also handed him an additional five-place drop as he was unable to take a drive-through penalty for a jump-start in the race due to his early retirement.

"The driver failed to finish the race so the usual penalty for a false start could not be imposed," said an official statement.

Maldonado said: "I made a slight mistake at the start because the clutch slipped out of my hands before the red light switched off." 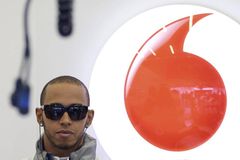