The IOC shook up the bidding process for the 2024 Olympics on Sunday, eliminating the cut-down phase and clearing the way for all the candidates to make it to the final vote.

The decision, announced at the International Olympic Committee's general assembly, opens the prospect of a crowded field of as many as seven cities battling it out over a two-year global campaign.

There will no longer be a short list of finalists, as in previous bid races.

"If it's a flood. It's a good problem to have," Christophe Dubi, the IOC's executive director of the Olympic Games, told The Associated Press.

The change comes in the wake of the troubled race for the 2022 Winter Games, which was left with only two candidates after four European cities pulled out for political or economic reasons. Beijing defeated Almaty, Kazakhstan, in a close vote Friday for the 2022 hosting rights.

Eager to present a full and strong field for 2024, the IOC threw out the bidding plans it had announced in December and altered the rules so that all candidate cities can now go the distance.

"We could not really use the same cut as we used in the past," Dubi said. "It would be unfair to say there will be a cut, an artificial one. We have to change the way we do things."

The deadline for the official submission of bids remains Sept. 15. The declared candidates so far are Paris; Rome; Hamburg, Germany; and Budapest.

Boston dropped out last week amid a lack of public support, but the U.S. Olympic Committee still plans to enter a bid, with Los Angeles considered the likely choice. Toronto and Baku, Azerbaijan, are also considering bidding.

Under the IOC's original plans, contenders declaring by Sept. 15 would have been listed as "applicant cities" until April or May, 2016. At that point, the IOC executive board would have decided on a short list of official "candidate cities," with the possibility of trimming one or more from the field.

Now, all the cities will be expected to reach the vote in Lima in September, 2017.

"On Sept. 15, the cities will become candidates and can go to the end," Dubi said. "The intention is to go with all the cities. This gives greater flexibility."

However, under "special circumstances," the board could decide to drop a city if it fails to live up to requirements.

The prospect of seven cities facing the final vote in Lima will present logistical and political issues for the IOC. Fitting in all the final presentations and the vote in one day will be tight. The city with the fewest votes is eliminated after each round until one candidate secures a majority. With so many cities on the ballot, the result could be heavily influenced by tactical voting.

Dubi said the new system is a result of the inaugural "invitation phase," in which delegations from Paris, Rome, Boston, Hamburg and Budapest all went to IOC headquarters in Switzerland in recent months to discuss their bid plans.

"They have already done the groundwork," he said.

Member visits to bid cities will remain banned. They have been prohibited ever since the Salt Lake City bid scandal 15 years ago.

An IOC evaluation commission will continue to visit the cities and produce a report assessing their bids.

The cost of bidding will come under close scrutiny. The Rome delegation said Sunday it has a bid budget of only €10-million ($14.4-million) – a fraction of the nearly $80-million and more spent by many recent candidates for the Summer Games.

"We always want the budgets to be as modest as possible," Dubi said. "We don't want expenditures for expertise that is not needed." 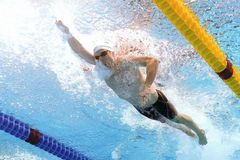 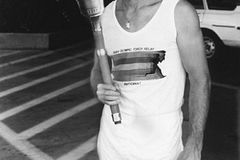