They've redefined tennis in ways so specific to themselves – Williams through power, Federer through finesse – no other player has been able to follow down the trails they've blazed. Once these two retire, those paths will grow over again.

As they march in lockstep toward milestone victories at the U.S. Open, it's time once again for the apples and oranges and measuring them against one another. This is a conceptual argument that Williams usually loses, mainly because she's judged on the wrong criteria.

Federer is the consensus greatest tennis player of all time. No televised match can pass here without John McEnroe reiterating that point at least three times. He has the numbers, but it's an aesthetic argument as much as anything else. Once you cross over the boundaries of eras, all sports comparisons are.

Yet, the fact that Federer is better than Bjorn Borg or Rod Laver or Pete Sampras has passed beyond the limits of debate. It's ossified into an article of faith.

Williams doesn't get the same benefit of the doubt and it clearly bugs her just a little.

After making the fourth round here, she said, "I can't believe I'm in the second week."

A reporter pounced: "Why?"

One round on, after making the quarters, she started off with, "I never thought it would be so exciting …" – and then a desultory "Yay."

The difference in perception, one suspects, is that Federer looks fairly average. Were you to stand beside him in an elevator, you wouldn't think to yourself, "There's a specimen." There is the presumption that a well-polished talent buoyed him above the rest.

Williams, by contrast, is a physical marvel. There is no one like her in the game and, maybe, anywhere. You look at her and think, "Where is this computer that's designing people, and how can I get inside it?"

Williams also has a reputation as someone for whom tennis is just one of many preoccupations. She got tagged early as lazy – a nasty offshoot of the "good body" argument that bedevils many natural athletes – and it's stuck with her ever since.

Federer is portrayed as a tennis obsessive who has no real interests outside the game. For reasons that say more about us than them, we prefer our sportsmen and women to be monks.

People guess that one had to work just a bit harder than the other to get to the top. When it comes to judging athletes, regardless of your religious inclination, we're all Protestants.

They are friendly, but not friends. Every recorded interaction between the pair is stiff and formal. They say the right things about each other, but with little warmth. Maybe this is what happens when you put two Alpha predators in each other's vicinity.

Here's Federer on Williams ahead of Wimbledon 2013: "I just think it's nice to see her still playing … because of the success in the last year as well, she's putting herself again in the position of greatest of all time, which I think is a great debate to have on the women's side."

That's one example of Federer's solicitous, distant charm. This is a person who knows exactly where he fits in the world, and is entirely comfortable with it. His legacy is secure. He's already into his truth-telling, elder-statesman years.

He beat Gaël Monfils in the quarter-finals not with his body or his tennis, but with his Roger Federerness. Monfils took the measure of his opponent late in a match he had already won, and decided to fold his hand.

When asked how he'd managed it, Federer was unsparing: "You hope to play exactly the right shots … or that he completely just messes it up."

No one in the room was in any doubt about which of those two things Federer thought had happened.

Williams hasn't had to struggle here, but she still talks that way by default. It's been a bad year for her, Grand Slam-wise, but she's found her form right at the end. On Friday, she dismantled Ekaterina Makarova like a nesting doll – no, your serve can't beat me, or your forehand, or your backhand, or your … oh, that's all there is to you. It finished 6-1, 6-3. It played worse than that sounds.

On Sunday, she'll play for the title that would tie her with Chris Evert and Martina Navratilova for fourth on the all-time list. Is it credible to imagine either of those players competing with Williams in their respective primes? If so, just barely.

Predictions are a mug's game, but there is no sober assessment in which a softie such as her opponent in the final, Caroline Wozniacki, stands a chance.

If you stick to the same likelihoods, Novak Djokovic stops Federer in the final. The Swiss will still leave here the king of the sport. That's an emeritus position by now.

Williams has to scrabble for her crown. She'll be 33 in a few weeks' time. There are no signs of decline in her game, but you're hard-pressed to imagine she can match Margaret Court's 24 Grand Slam singles titles. No woman has ever won a major after her 34th birthday. Williams surely will, but can she win four or five or six of them?

Whether she gets there or not doesn't matter. Numbers have no bearing on Williams's place in the imagination. That's where the Williams-versus-Federer comparisons fall down.

Federer redefined tennis. He is a surpassing, one-of-a-kind savant. Williams redefined the perception of female athletes in global culture. She shifted our entire notion of what women can do. 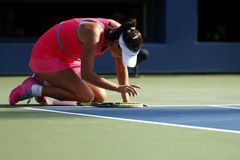 Kelly: The end of the U.S. Open signals the beginning of a new year
September 4, 2014 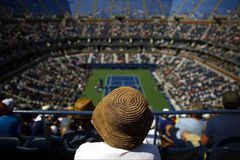 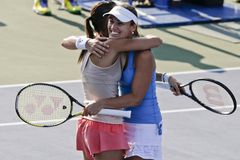 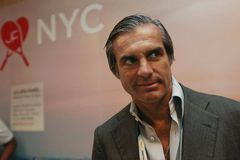