Lindsey Vonn will need two good runs on Saturday to match the record for most downhill wins on the women's World Cup circuit.

For the first time in 14 years, a women's downhill has been changed from one long ride to two short runs because snow conditions forced organizers to lower the start.

"It's awesome," Vonn said Friday after leading the final training session on the Kaelberloch course, which has been shortened from its usual three kilometres to 1,875 metres, reducing run times to just over a minute.

"It's totally different tactics. You have the chance to make up time in the second run," said the American, who would match Austrian great Annemarie Moser-Proell's record of 36 downhill victories by winning on Saturday.

Vonn will be the only starter who also took part in the last downhill with two runs — in Are, Sweden, in February 2002.

Only 17 and still competing under her maiden name, Kildow, she placed 23rd, trailing winner Renate Goetschl of Austria by 2.34 seconds.

"All downhill and super-G skiers have never done a second run, except for me," Vonn said. "It will be definitely interesting to see how people handle that."

Alpine skiing's technical disciplines, slalom and GS, are usually contested over two runs, with just the top 30 from the first leg allowed a start in the second.

A speed race in two parts, however, is different.

"It's not like GS or slalom where you have a different course set and you have to re-inspect (for the second run). It's the same exact course," Vonn said. "And in downhill your legs are going to be a little bit more tired so it's definitely going to be difficult to recover and be rested for the second run."

Many of Vonn's competitors were also looking forward to the unusual race. American teammate Stacey Cook fancied her chances because of the changed format.

"In my career I have been leading a lot of races up until the halfway down the course point and then I lose it," Cook said. "So I just picture this as getting to run the top half and don't mess up — twice. I still favour the traditional downhill but this might favour me more."

Tina Weirather of Liechtenstein, who led the first training on Thursday, was expecting "certainly something special."

"But we prepare for it like we do for a normal downhill," she said. "It's also interesting for the spectators to see us racing twice."

Being a GS specialist who won the Olympic title in 2010, Viktoria Rebensburg of Germany has been used to two-run events.

"But this is different. This is something new. We'll have to wait and see," said Rebensburg, who was second to Vonn in Friday's training. "You have the chance to analyze after the first run and try to do better in the second."

For the sport's governing body, however, a two-run downhill on a shortened course will remain an emergency solution.

"It's definitely not the goal to get more of these races in," FIS race director Atle Skaardal said. "One run from the top to the bottom of the mountain, that's how we want to see it. A downhill should last between 1:30 and 2 minutes."

Skaardal himself is no stranger to the format as he won a two-run downhill on the Streif in Kitzbuehel in January 1990.

"It's a long time ago but I remember it well," the Norwegian said, adding it didn't feel different from winning a regular downhill. "A victory is a victory. It's a great experience for the downhillers to get this feeling to do two runs and have this pressure before the second run."

The international ski federation has been trying out new formats for years to make Alpine skiing more attractive to a younger audience and to TV viewers in general. City events, parallel (giant) slaloms and team competitions have been added to the calendar, but Skaardal was ruling out the possibility of turning the two-run downhill into a regular format.

"In the (warm weather) situation we have this winter, it's important to find compromise solutions. That's what we did here," he said, adding it was better to have two short runs than no race at all.

"It will be a very valuable and interesting race but still the philosophy for the future is to keep the downhill as the main discipline with one run from the top to the bottom."

Vonn strong as she posts fastest time in World Cup downhill training
May 16, 2018 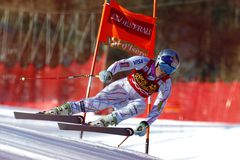 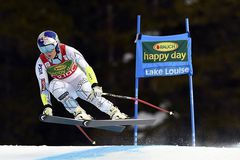 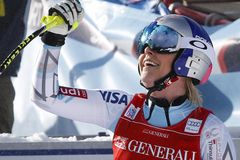