He wanted to reach the top six in the world rankings, go deeper in Grand Slam events and qualify for the ATP Finals. Raonic hit all those targets over a campaign highlighted by a semifinal appearance at Wimbledon and his first World Tour 500-level event victory.

He capped his season Friday by winning the Lionel Conacher Award for the second year in a row. The honour is awarded annually to the Canadian Press male athlete of the year.

Raonic became the first Canadian to reach a Grand Slam men's singles semifinal in the Open era. He fell to Roger Federer in straight sets at the All England Club but later gained revenge with his first career victory over the Swiss star at the Paris Masters.

That win helped Raonic qualify for the season-ending tournament in London for the first time. He finished the season ranked eighth in the world and posted a 49-20 record on the year.

"I did achieve the goals that I specified but I always have this yearning for more, more, more," Raonic said in a phone interview after a recent training session in Monte Carlo. "It doesn't matter how much I do, I always want more — especially when it comes to my tennis."

Before Raonic, the last Canadian to reach a men's singles semifinal at a major was Robert Powell at Wimbledon in 1908, according to Tennis Canada. Montreal native Greg Rusedski reached the U.S. Open final in 1997 but he was representing Britain at the time.

Raonic said he has been getting stronger mentally and it helped him get results throughout the 2014 campaign. He made progress at the Grand Slam and Masters Series events and also improved his game on clay and grass surfaces.

"It's hard as an athlete to really be playing your best throughout the whole year and I was able to consistently play well in the big tournaments," he said.

Raonic finished with 29 of the 82 votes (35 per cent) in balloting of sports editors and broadcasters across the country. Los Angeles Kings defenceman Drew Doughty was second with 19 votes (23 per cent).

Doughty won Olympic hockey gold at the Sochi Games and added a Stanley Cup title with the Kings a few months later. Freestyle skier Alex Bilodeau, who successfully defended his Olympic title in men's moguls, was third with 14 votes (17 per cent).

"To be in that group of back-to-back winners of the Conacher Award is really something special," Raonic said. "It's guys I looked up to and guys, if you ask me, that I feel are the biggest Canadian sporting icons — at least the generations that I know."

Raonic, from Thornhill, Ont., is the only tennis player to win the award, which dates back to 1932.

He ended an 11-month title drought last August with a victory over fellow Canadian Vasek Pospisil in Washington. The win came shortly after he reached a career-high No. 6 in the world rankings.

Raonic also made the quarter-finals at the French Open, the semifinals in Rome and Cincinnati and the finals in Tokyo and Paris.

Raonic also achieved a breakthrough by defeating a member of the so-called Big Three (Federer, Rafael Nadal, Novak Djokovic) for the first time in 15 matches. He beat Federer in the Paris quarter-finals in October, a win that also helped him qualify for the year-end London tournament.

"I wanted to try to put (the Wimbledon loss) behind me and play a much better match, which I was able to do," Raonic said. "So I would say it's probably the single-most important victory for me in 2014."

The Canadian, who will celebrate his 24th birthday Saturday, has worked with coach Ivan Ljubicic for over a year now. The former world No. 3 has helped polish several facets of Raonic's game.

"I will not set the limit for Milos," Ljubicic said via email. "He can still improve in every aspect, including his serve which could be the biggest shot in the game at the moment. His will to be better every day is unparalleled and will drive him to more success in the future."

The six-foot-five Raonic has always relied on his booming serve. However, his backhand, net play and return game have all improved in recent months.

"His weapons are really weapons of mass destruction," Canadian Davis Cup captain Martin Laurendeau said from Toronto. "He kind of just lives with his weaknesses, he accepts them and he's just so confident that his weapons are going to be good enough to win every single match. He deserves a lot of credit that way."

Raonic earned almost US$3.5 million in prize money over the season, which ended on a down note as he had to pull out of the World Tour Finals with a thigh injury. He took about two weeks off and is now back to 100 per cent.

Raonic hasn't set specific goals for the 2015 season but plans to aim higher than he did a year ago.

"That leaves some room for imagination," he said. "But I feel that I can do a lot of big things this upcoming year and I hope that I can more seriously contend for my first Grand Slam and really give myself a go at that.

"That would be the most important thing for me." 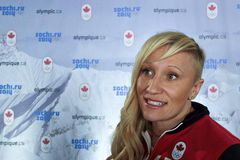 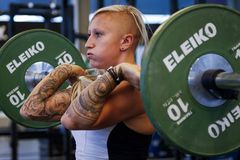 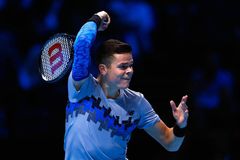