Another day yet another resignation in the backsplash of Rowing Canada's decision not to bring back men's eight coach Mike Spracklen.

Mike Lewis, a 2008 Olympic bronze medalist in the men's four, has stepped down as the athletes' representative of the men's lightweight program. What concerned Lewis was the manner in which Spracklen was let go, how it could affect the program and the lack of communication between Rowing Canada and its athletes.

Kyle Hamilton, who captained the 2008 gold medal-winning eight, resigned Monday as the athletes' rep on Rowing Canada's board of directors rather than support the Spracklen dismissal. Hamilton also spoke of how Rowing Canada moved without asking the athletes their opinion of the 75-year-old Spracklen, one of the most successful coaches in rowing history whose tactics and heavy-handedness had been called into question.

"Basically, there was no clear process," Hamilton said. "There was no process given to the athletes based on the ones I've talked to and communicated with. No athletes were contacted. My understanding is there will be a third-party review of the high-performance program in the coming months. For some reason, Rowing Canada decided to make these coaching decisions before that review."

Rowing Canada announced on its website Monday that Spracklen would not be returning and that John Keogh would coach the women's eight and be the women's performance director while Al Morrow would run the lightweight men's program. The announcement also stated a replacement for Spracklen would be hired at a later date. Speculation has it Martin McElroy, the former high-performance director for Rowing Ireland, has been spoken to about the position.

Lewis, who was coached by Spracklen in five of the past eight years, described the debate over Spracklen's departure as being "symptomatic of a larger problem."

"There's not much reason to have an athlete's rep on the board when they're going to do what they want to do," Lewis said of Rowing Canada's administrators. "It has become very top heavy. The coaches who don't agree with the administration don't get hired back. Mike's a huge asset and I don't understand why Rowing Canada doesn't make it work."

Rowing Canada high-performance director Peter Cookson said the organization did conduct a post-Olympic review and did solicit opinions from "a lot of sources, including athletes, maybe not as many as they would have liked. But we felt this is the type of change we needed to make for the next quadrennial. Making that change doesn't diminish what Mike has done."

Lewis and Hamilton were quick to defend Spracklen's track record while acknowledging he wasn't always easy to get along with. Rowers David Calder and Scott Frandsen complained of how they were treated by Spracklen, saying he created "a culture of fear." Cookson said those complaints were "a very small part of it. It's really about what fits out needs moving forward."

Lewis and Hamilton, along with members of the 2012 eight crew, argued Spracklen was about making rowers better, which helped enhanced the program and resulted in more funding.

"People like to paint [Spracklen] as this crazy slave driver but everything he does is planned," Hamilton said. "If we're trying to treat rowing as a professional sport and make it about winning, we have to expect coaches will drive their athletes."

Through its website announcement, Rowing Canada thanked Spracklen for his work and applauded his legacy. It also stated a need to win more medals since Canada earned just two at the London Olympics, a silver in the men's and women's eight. Ironically, Spracklen has been very good at earning podium results not only for Canada but for Great Britain and the United States.

"You want to have a voice on the board," Hamilton said of his decision to resign. "But I felt having to say 'no comment' lent legitimacy to the decision." 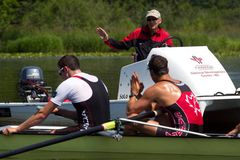 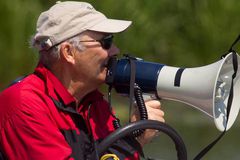