One man stands 5 foot 10 and is among the quickest in professional tennis. The other is 6 foot 5 and is armed with one of the biggest serves of all time.

Japan's Kei Nishikori and Canada's Milos Raonic have forged the beginning of what could become one of the great rivalries on the pro tennis tour, after a long era defined by the epic contests between Roger Federer and Rafael Nadal. In the past 10 months, Nishikori and Raonic have faced each other five times – Nishikori winning three of the always-extended matches. The rivalry will be renewed this weekend at the Davis Cup in Vancouver, where the players lead Japan and Canada.

The two men are similar in some ways: The sons of engineers, both were born in late December – Nishikori one year older at 25. Speaking with reporters, they both maintain a quiet, composed comportment. "I try to stay calm all the time," said Nishikori of his temperament on the court.

Both are the first from their countries to crack the top 10 in men's tennis – Nishikori currently ranked No. 4 in the world, and Raonic close behind at No. 6.

But it is Nishikori who has attained a broad level of fame in Japan, even though he has lived in the United States for some time. He is a sensation and earns $9-million a year from a bevy of endorsements, according to Forbes, more than he or Raonic have ever made playing tennis.

Their bodies and games are also a study in contrasts: Raonic leads with size and his serve, whereas Nishikori relies on savvy and speed.

"It's never easy to play against him – but I also enjoy playing with him," said Nishikori on Tuesday in Vancouver. "It's always fun."

Raonic said likewise: "It's been fun to be a part of."

The missing frisson, however, is a palpable sense of rivalry. On the court, their matches are lengthy affairs, with more than half of the sets going to a tie break. Off the court, the relationship is polite, professional – and distant.

"We talk sometimes, but it's not like we hang out together," said Nishikori. Raonic said, "We speak with one another, but everyone has their different interests, between the three of us" – alluding to 23-year-old Bulgarian Grigor Dimitrov, ranked No. 11 – "that we haven't necessarily spent time away from the tennis world together."

On the court, as the three all eye No. 1, there is mutual respect in their shared quest to make the final climb. "We're aware of what one another is doing," said Raonic, "and when we are able to see each other, we point out those successes to one another and congratulate each other."

It is Nishikori who has remained one bounce ahead of Raonic through their careers. Nishikori grew up in southern Japan and as a young teenager moved to Florida to train. In 2008, at 18, he won an Association of Tennis Professionals tournament, the youngest man to do so in a decade, and was the youngest player in the top 100. Raonic broke through to the top 100 in 2011, several weeks after he had turned 20.

Raonic was the first into the top 10, in August, 2013, after he was the first of the two to make the final of an ATP 1000 event, one rung below a Grand Slam. It was in Toronto, where Raonic lost to Nadal. Last May, Nishikori made the ATP 1000 final in Madrid, where he lost to Nadal. He was leading in the third and final set, but had to retire due to back problems. Injuries had also plagued Nishikori earlier in his career.

Raonic has reached 14 ATP finals and won six. Nishikori has made 13 finals and won eight. The two have twice met, in 2012 and 2014, in the finals in Toyko, and Nishikori won both in three sets. Their last meeting, two months ago in Brisbane, was a semifinal won by Raonic in three sets, all of which went to tie breaks.

Their signature matches have been long, close affairs. Raonic overcame Nishikori in four sets at Wimbledon last year in the round of 16, before eventually losing to Federer in the semis. At the U.S. Open, Nishikori outlasted Raonic in a round of 16 match that went longer than four hours and ended at 2:26 a.m., tied for the latest finish in tournament history. Nishikori reached the finals, the first of the two to do so in a Grand Slam, and lost.

Vancouver and the Davis Cup present Raonic with his first chance to take on Nishikori with home-court advantage, after two losses in Tokyo in front of boisterous, partisan crowds backing Nishikori.

Canada appears to have at least a slight advantage at this Davis Cup, after losing a year ago in Japan with a roster depleted by injury. Raonic was absent. A Raonic victory over Nishikori this weekend would help propel Canada past Japan this time.

"Getting a chance to play him on home soil," said Raonic, "is something I look forward to." 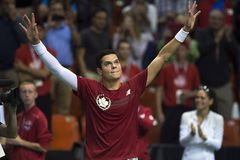 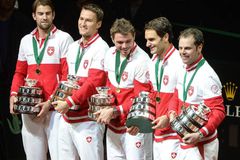 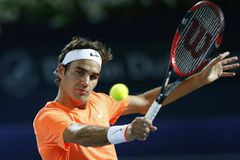