UFC champion (Rowdy) Ronda Rousey says Georges St-Pierre was right to quit mixed martial arts, if for no other reason than to preserve his health.

"We're not really doing nine to five or sitting down in a cubicle," the UFC's inaugural women's bantamweight champion said Tuesday. "If you fight for a living, you're fighting for your life every time you go in there. It's a stressful situation, if you think about it.

"The worst thing that can happen in your day isn't that someone will get your latte wrong or that you might get fired. It's that you could really get physically harmed. And not just that but your pride could get irrevocably harmed as well and that's a lot of stress to really face time and time again.

"And it's so much that you really have to have a real love and desire for what you do. You can't really fight and put your life on the line for anyone other than yourself. And every single time a new fight comes along, you need to ask yourself whether you still want that."

Rousey (7-0) noted that St-Pierre, with his controversial win last month over Johny (Bigg Rigg) Hendricks at UFC 167, had set a UFC total fight time record with five hours 28 minutes 12 seconds in the Octagon.

"Can you really blame him for really feeling like he's done?" asked Rousey. "Because nobody else had reached that point yet. So I don't think it's really reasonable to expect him to do more. if he wanted to do more, that's awesome, break that record even more. But if he feels like he's done, then that's fine, man. Be done. Go rest. You deserve it.

"You don't have to risk your life for anyone."

The 32-year-old from Montreal gave up his title last Friday, saying his life was "completely insane" and he needed to get out of the limelight.

As the first UFC women's champion, Rousey has also been in the spotlight since winning her title last February. Even UFC president Dana White has said he loaded too many promotional duties on Rousey, who eventually managed to escape the pressure by travelling to Europe for a role in The Expendables 3.

"I haven't checked my Twitter mentions since before I left for Bulgaria," Rousey said on a media conference call.

Rousey defends her title Dec. 28 in Las Vegas against Miesha Tate (13-4), her rival coach on the most recent season of The Ultimate Fighter.

She continued training in Bulgaria while on The Expendables 3 set, bringing over training partners to help her prepare.

"I think everything happened at the exact perfect time," she said. "I think it was good for me to really kind of get away and kind of change the environment I was in for a little bit.

"It's kind of hard to change your mindset when you're in the same environment. So I kind of got to do a little bit of a reset."

Rousey said when she returned to the U.S., she was invigorated for her training camp for Tate.

Rousey cut herself off from the media and travel that wasn't mandatory — something she said was eased by the fact that her fight is the co-main event rather than the marquee bout at UFC 168.

Rousey has moved into No. 10 in the UFC's latest pound-for-pound top fighter rankings. Light-heavyweight champion Jon (Bones) Jones continues to top the list with featherweight title-holder Jose Aldo moving into the No. 2 spot vacated by St-Pierre. 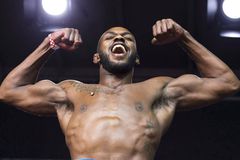 GSP steps out of the octagon to rekindle a normal life
May 11, 2018 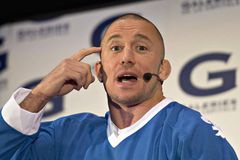 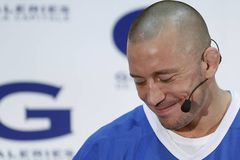