Serena Williams is using the Rogers Cup to reacquaint herself with hard courts with the Grand Slam in sight at the U.S. Open, while Canadian Eugenie Bouchard is just trying to get her game back on track.

Williams and Bouchard are the top draws at the Rogers Cup women's tournament this week at Aviva Centre at York University, which features 24 of the top 25 players on the WTA Tour. It's a star-studded field even without second-ranked Maria Sharapova, who withdrew with a right leg strain.

"We're excited firstly because we have Canadian Eugenie Bouchard, the rising star," tournament director Karl Hale said Sunday. "And Serena is our two-time defending champion and probably the greatest female player of all time. That, plus the rest of the top field, is a dream for us."

Williams has won the Australian Open, French Open and Wimbledon already this year and is trying to become the fourth woman in history to capture the calendar-year Grand Slam. She already completed her second "Serena Slam" by winning those four events in a row beginning with the 2014 U.S. Open.

Only losing two sets at Wimbledon, Williams again looks dominant. But she has played down her success.

"I feel okay about my game," Williams said on a recent conference call. "I'm always trying to improve, always trying to work on new things. I'm never too comfortable because that's when I think you're susceptible to losing. I just want to continue to get better and do the best I can."

Williams won the Rogers Cup each of the past two times it was in Toronto, in 2013 and 2011, but lamented that she always gets tough draws in this tournament. The top-seeded Williams won't have to face a player ranked higher than 15 in the world until at least the fourth round.

"I just have to always make sure I start strong and not underestimate anyone and just be ready to go from the beginning," Williams said.

Bouchard has to focus on the beginning because she has lost her opening match at seven of her past nine WTA events. She'll open up against Belinda Bencic of Switzerland on Tuesday night.

"It's definitely been a tough time," Bouchard said Friday. "But I'm staying positive and I'm just looking forward to when it'll turn around."

Along with Williams, Bouchard is at the centre of the Rogers Cup's marketing campaign, and she's a draw regardless of her struggles. Hale said ticket sales are up 10 per cent from 2013.

"She is our star, our Canadian star," Hale said. "We think that'll continue for the foreseeable future. Everybody knows she's had a tough year so far. … We expect her to turn it around very quickly."

Bouchard, from Westmount, Que., made the Wimbledon final last year but then lost to qualifier Shelby Rogers in the first round of the Rogers Cup in Montreal in her return to the court.

"Montreal last year was very hectic for me," Bouchard said. "It was my first tournament since I made the Wimbledon finals and obviously being in the city I grew up in was very crazy. … It was just a learning process."

The learning could continue this week as Bouchard faces a difficult draw. If she beats Bencic, fourth-seeded Caroline Wozniacki awaits in the second round.

With the depth of talent, there aren't a whole lot of easy paths far in the tournament.

Venus Williams, seeded 14th, will be in the spotlight Monday night when she opens against Sabine Lisicki of Germany. Williams could see Wozniacki or Bouchard as soon as the third round. 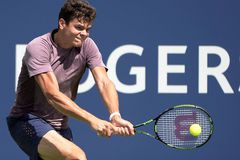 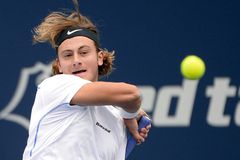 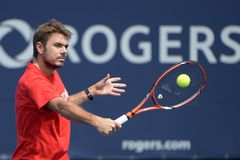